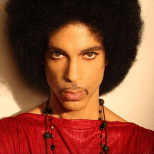 Critically acclaimed musician Prince has died, aged 57, at his home in Minnesota.

News of the star’s death spread like wildfire across social media this evening after being reported on celebrity gossip site TMZ. Police were reportedly called to a medical emergency at his Paisley Park estate this morning. His death was later confirmed by his publicist.

The global superstar first shot to fame in the 1980s with albums such as 1999 and Purple Rain and has since sold more than 100 million records worldwide.

Fellow singers, songwriters and musicians showed their admiration and love for the star, with Boy George calling it ‘the worst day.’

Today is the worst day ever. Prince R.I.P I am crying!

And just like that…the world lost a lot of magic ✨ Rest in peace Prince! Thanks for giving us so much…

This fucking sucks… Prince on repeat all day. Just like I did with Michael and Whitney ?

One of my biggest inspirations. A true icon. You will be missed. Sad sad news today… #RIPPrince

Words cannot express the impact this man has had on my life. Ever since I first heard 1999 when I was 3. I can’t believe it. #RIPPrince

Radio and TV star Fearne Cotton took to her Instagram to talk about her shock of hearing the news.

In complete shock. 2016 seems to have opened a strange portal where all true creatives and legends are crossing over to the other side. Thank you for the music Prince. Thank you for showing us your very best. So glad I got to see you live in London one year. RIP ??

Courtney Love Cobain referred to him as ‘his royal badness’

Numb, full of pain for his royal badness has been snatched from us today . #ripprince

Planet earth lost a legend today. You will always be remembered #RIPPrince x

I am truly devastated and heartbroken at the news. One of my biggest inspirations. Your genius will be greatly missed. #RIPPrince?

I can’t believe #Prince has passed. This is horrible news. #ripprince so sad 🙁 🙁

“This is what it sounds like when Doves cry.”

Whoopi Goldberg quoted Prince’s hit song ‘When Doves Cry’ before sending her condolences to his family.

This is what it sounds like when doves cry.. Prince R.I.P.
Condolences to his family & 2 us all

Prince was brilliant and larger than life. What a sad day.

Such sad news about @Prince passing. Incredible artist and an inspiration. #RIPPrince

Jesus, this is not a great year…
Can death please **** off and take a holiday.

I can’t believe he has gone. Thank you for everything Prince. You will always be The Greatest #RIPPrince

Iman, model and late wife of David Bowie, who also died earlier this year, gave her condolences to Prince’s family and friends.

RIP Prince! Condolences to his family, friends and fans #ripprince

It’s not just celebrities who are showing their support. Thousands of users are sharing their thoughts on the news, with many talking about the number of high profile deaths we’ve already seen so far this year.

It’s hard to believe legends could ever die, but we’re losing a lot this year. #RIPPrince

Absolutely mortified. I’m not over Bowie and now Prince? 2016 can bugger right off now. #RIPPrince

It’s only April and we’ve lost Alan Rickman, David Bowie, Bankroll Fresh, and Prince. I want a refund on 2016

I have to believe David Bowie and Prince are collaborating on all the songs in heaven.

What are your favourite memories of Prince? Share them with us in the comments below.