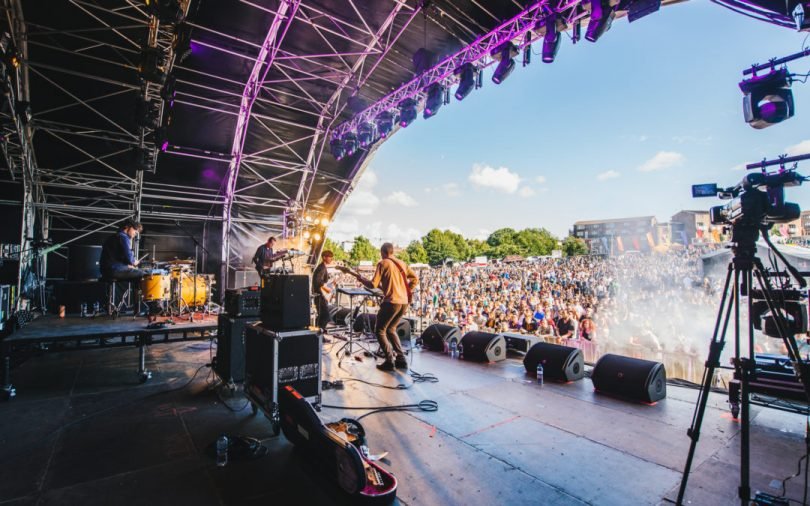 Tramlines is a well-known inner city festival. Every July Sheffield fills up with music lovers and a whole lot of entertainment. If you’ve been to it before, you might be expecting a similar experience from last year, but 2018 is a kind of a big deal for Tramlines.

In its 10th anniversary, organisers have put on the largest lineup to date as well as its first ever comedy show. The festival location also made a big move. Instead of Ponderosa Park, Upperthorpe, acts will perform in its new home, Hillsborough Park, less than 30 minutes away from Sheffield train station.

So, what’s to expect from this year?

You can also check out performances over the weekend from Clean Bandit, Blossoms, De La Soul, Milburn, Jake Bugg, Shed Seven, Everything Everything, Rae Morris, Reverend and The Makers, Stefflon Don, Mystery Jets and tons more.

This array of entertainment will be delivered across four stages and include a pop-up cinema, a kids and family area, local breweries, party DJs, cool production and much more.

The new wave of comedy acts has a keen emphasis on Sheffield talent; belly laughs will be induced when TV and touring comedians take to the Leadmill Stage with performances from Henning Wehn, John Shuttleworth, Bethany Black, Tom Stade, Tom Wrigglesworth, Jarred Christmas, Dana Alexander, Daisy Earl, Tanyalee Davis and others in a Tramlines first.

Over 76% of tickets are sold out. Tickets are on tier 6 now, at £79 + booking fee and postage. You can find the festival’s full line-up here (https://www.tramlines.org.uk/line-up/) and buy tickets here.