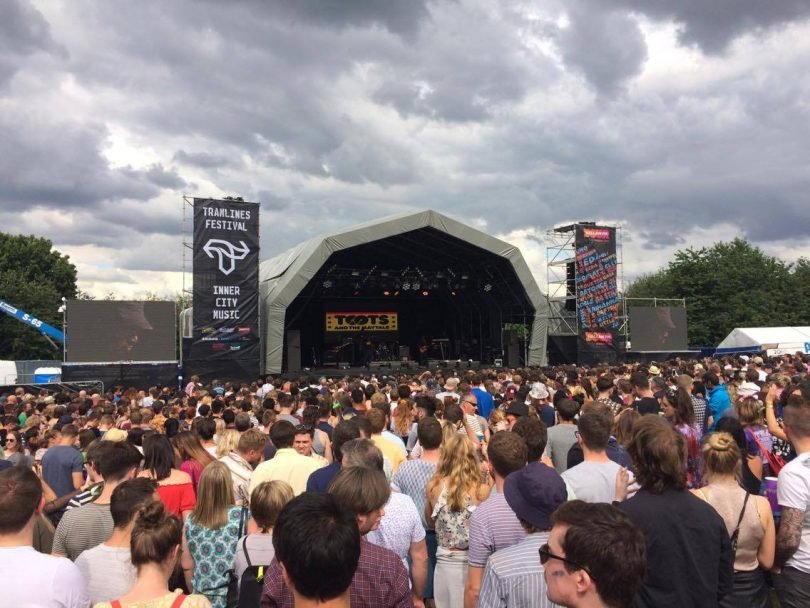 The days after Tramlines is a day people spend it with a hangover, posting pics from the weekend on Instagram and reminiscing about the next time.

That’s probably a very common reaction within festival-goers around Britain, but what this year’s Tramlines leaves behind is not a memory of muddy shoes or uncomfortable sleeping bags. It’s grass and asphalt mixed with walks around town and pubs. They don’t call it a city festival for nothing.

Picture Airbnb prices surging as well as Ubers. A swarm of glitter-covered people walking down the streets, music coming from each corner of the steel city. Tramlines definitely gave Sheffield a makeover between the 21st and 23rd of July.

As a Sheffield student myself, and first-time Tramlines attendee, I could barely recognize the city I have spent two years studying in. It was like the area surrounding the stages (Ponderosa Park for the Main Stage and the Into The Trees stage, Devonshire Green as Stage 2, and Endcliffe Park as the Folk Forest stage) became a giant outdoor party. It felt like the city itself was the stage of the party and the actual stages were more like props.

The way Tramlines swallows the city for the weekend is both magical and a bit daunting at the same time. As I’m used to seeing much emptier streets, the number of people that came for Tramlines both surprised me and excited me.

On early Friday afternoon, you could already tell apart locals from newcomers. Backpackers were filling the bus stops and the pubs made sure to play extra loud music and put drinks on offer.

At night, headliners The Libertines, picked up the crowd and delivered an upbeat performance. Although, it wasn’t a huge number of people, the atmosphere was magnetic.

On day two it rained, which definitely ruined a bit of the vibe but that didn’t stop fierce festival-goers from enjoying it. A small crowd was still partying at Ponderosa despite the bad weather. 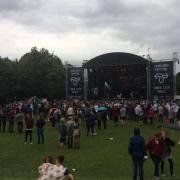 The best stage in my opinion was Ponderosa. I had been there before but the park seemed so much bigger than before. When the sun was out for a bit on Saturday the best word to describe this scene is ‘chill’. It was music playing, sun shining, beers and ciders on the go. 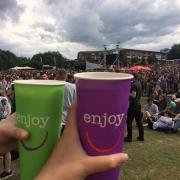 At night, the afterparties didn’t let down. With big university venues such as the Octagon and Forge & Foundry, the party was guaranteed. Other venues with a more underground beat, like the Yellow Arch, also delivered and kept people on their feet until 4am.

All photos writers own.