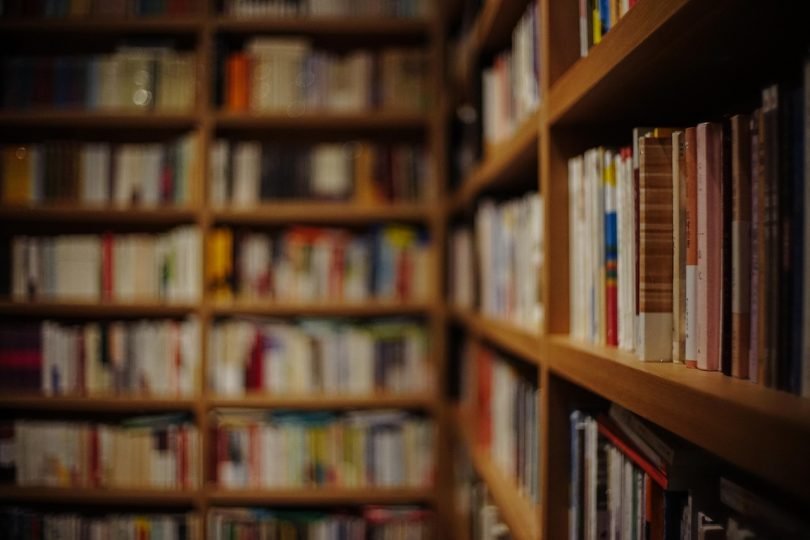 Since it was Banned Books Week last week, what better way to commemorate it than a list comprising a bunch of books that have been banned over the last century or so? From sociopathic serial killers, dangerous sexual predators and a gang of young wizards and witches with extraordinary magical skills; these books challenged the cultural norms of their time, while breaking through many pre-existing literary and societal boundaries upon their release.

Arguably one of the best dystopian novels, Ray Bradbury’s frightening world is set in the 24th century in which being an individual and an intellectual is viewed as something undesirable. Books are considered evil and so are outlawed because they make people question and think. The fireman becomes the ‘flamethrower,’ in which he must burn all books that he finds. Since its release, the novel has become extremely important in discussions of the historical role of book-burning in order to suppress ideas. It’s safe to say then that it’s pretty ironic that a book which critiques the smothering of free thought went through some bans itself. People were outraged at a lot of things, such as the word ‘goddamn’ making an appearance and the Bible being burned. In January 1967, a “Bal-Hi Edition” of the book aimed at high school students was released in which the words ‘hell’, ‘damn’ and ‘abortion’ were censored, 75 passages were altered and two scenes were changed.

Memorable quote: “Don’t ask for guarantees. And don’t look to be saved in any one thing, person, machine, or library. Do your own bit of saving, and if you drown, at least die knowing you were heading for shore.” 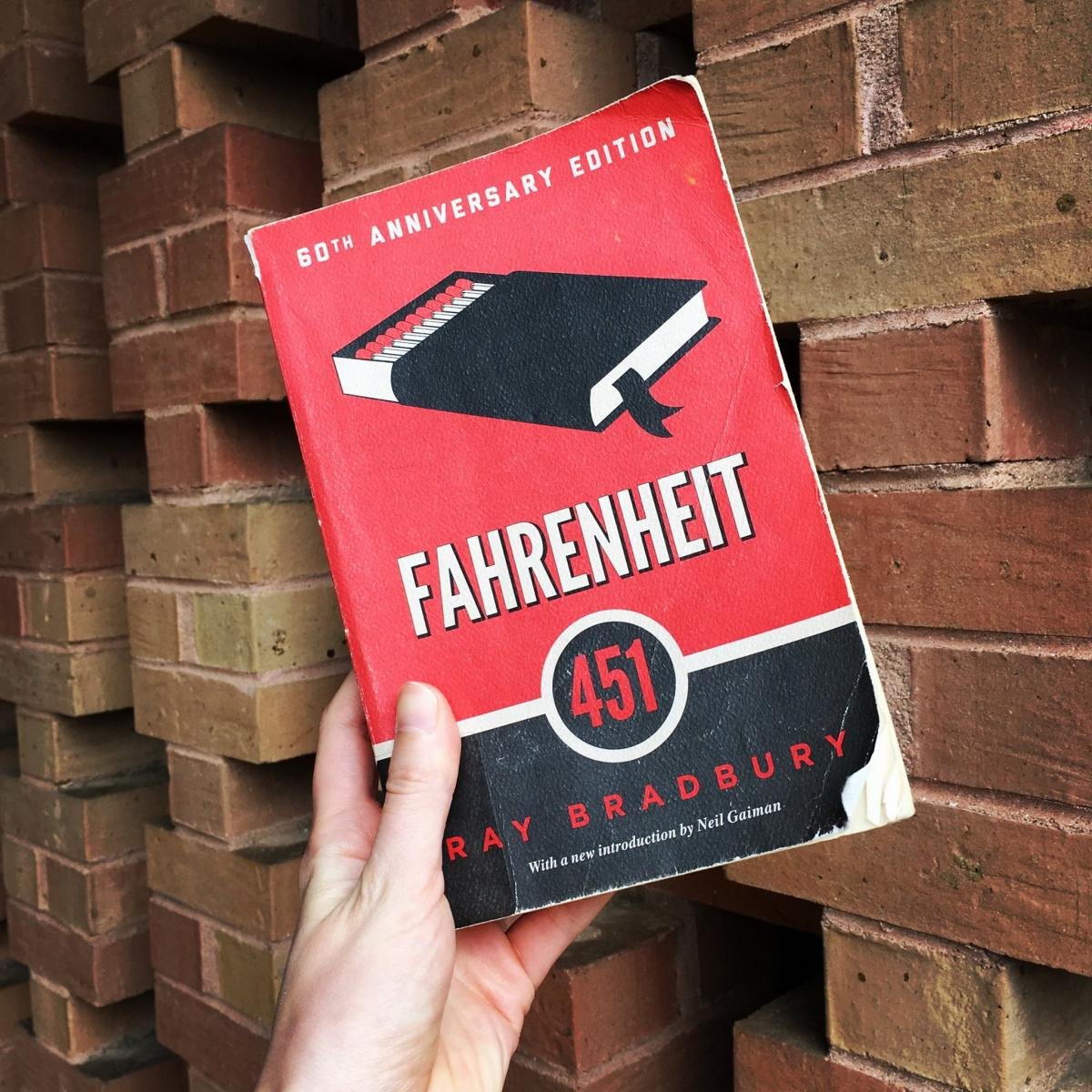 It’s everyone’s favourite child wizard prodigy! – Though I still can’t work out how to get an invite to Pottermore, and it totally doesn’t haunt me in my daily life or anything – I remember finishing the seventh installment in the series within 3 days, sacrifcing my sleep to find out exactly what happens to Harry and co. The book has been a huge inspiration for kids and adults across the world with its slightly cliché, yet powerful themes of friendship, good prevailing over evil and, most importantly, courage. However, it hasn’t been popular with everyone. According to the American Library Association, it is now the most banned book in the US. Most of the criticism comes from Evangelical Christian groups who claim that the depiction of witchcraft is dangerous to children. Rowling also recently faced calls by Trump supporters to burn her books, who were angered by her criticism aimed towards him. This leads us nicely to our next book…

Memorable quote: “But you know, happiness can be found even in the darkest of times, if only one remembers to turn on the light.” 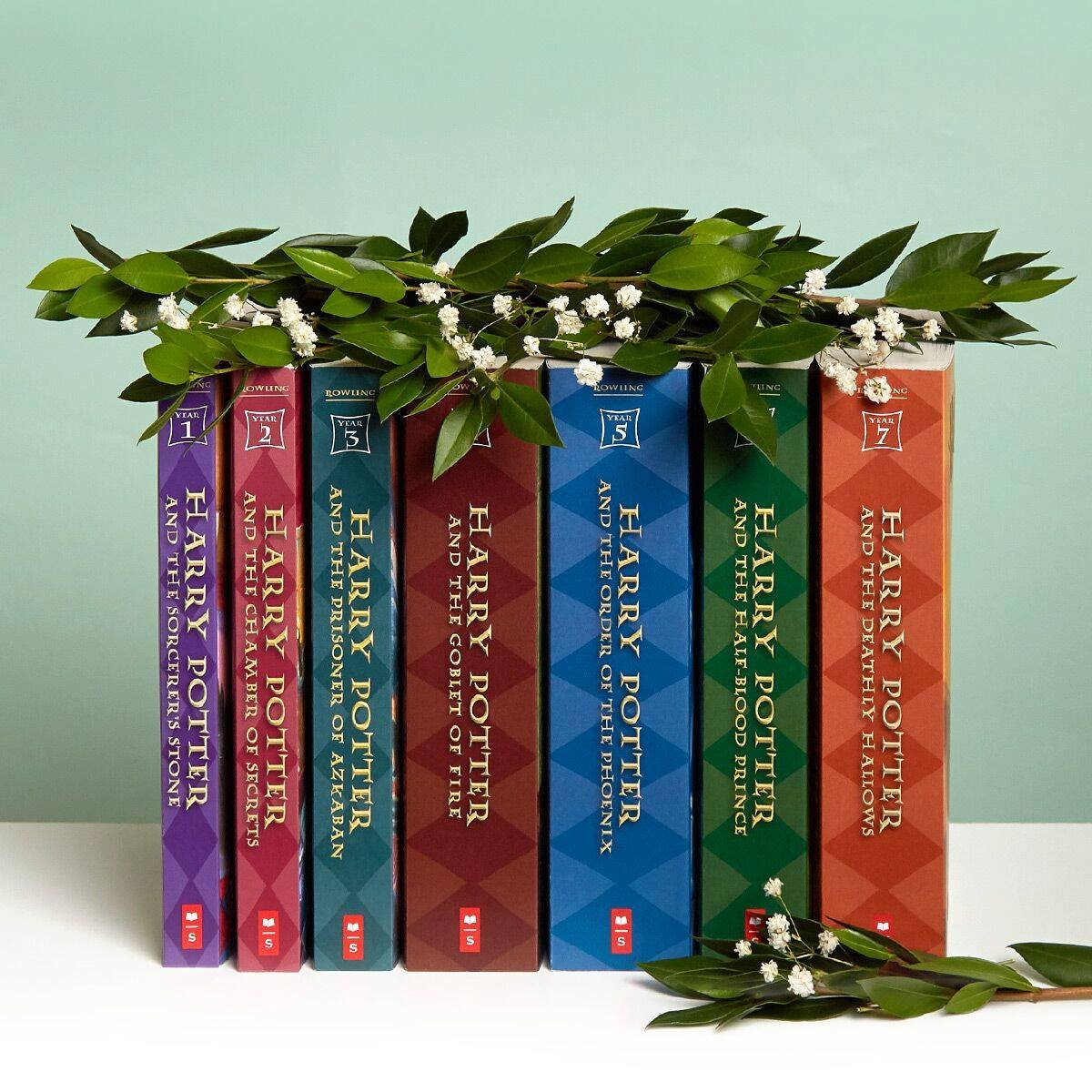 Led by the main character Celie, Alice Walker’s harrowing work is an epistolary tale highlighting the sexism, racism, domestic abuse and poverty faced by African-American women living in 1930’s rural Georgia, and their fight to overcome all of these obstacles. Through Celie’s letters, we learn about the abuses she has endured by the men in her life and rejoice when she finally frees herself from the chains society and circumstances have placed on her. Despite the novel’s crucial message of female emancipation and racial divisions, it has been a target of numerous censors over its explicit and frank narration. One example is the book being challenged in Oakland, California in a high school honours class in 1984, because of its “sexual and social explicitness” and “troubling ideas about race relations, man’s relationship to God, African History and human sexuality.” Sounds to me like some people just can’t handle it when the brutality which lies behind oppression is revealed.

Memorable quote: “I'm pore, I'm black, I may be ugly and can't cook, a voice say to everything listening. But I'm here.”

Truman Capote’s book was the first of its kind – a non-fiction novel. It describes the horrifying murder of the Clutter family in the small city of Holcomb, Kansas, by two ex-convicts Dick Hicock and Perry Smith. Capote read a brief account in The New York Times about the murder which interested him enough to investigate it further. Capote travelled down to Holcomb, Kansas with his lifelong friend Harper Lee (Yes, To Kill a Mockingbird Harper Lee) to learn more about the town and the family by conducting interviews with local residents and investigators assigned to the case. The murder shocked everyone, particularly because Holcomb had no history of violence prior to this. The mood changed and all the folk slowly began to realise that they were not safe anymore. In Cold Blood indeed did receive rave reviews, but it was still banned in Georgia for the themes of violence, sex, and profanity. In 2012, some parents and school officials attempted to block a high school English teacher’s request to add the book to the advanced curriculum because it was “too violent for a young audience.”

Memorable quote: “I thought that Mr. Clutter was a very nice gentleman. I thought so right up to the moment that I cut his throat.” 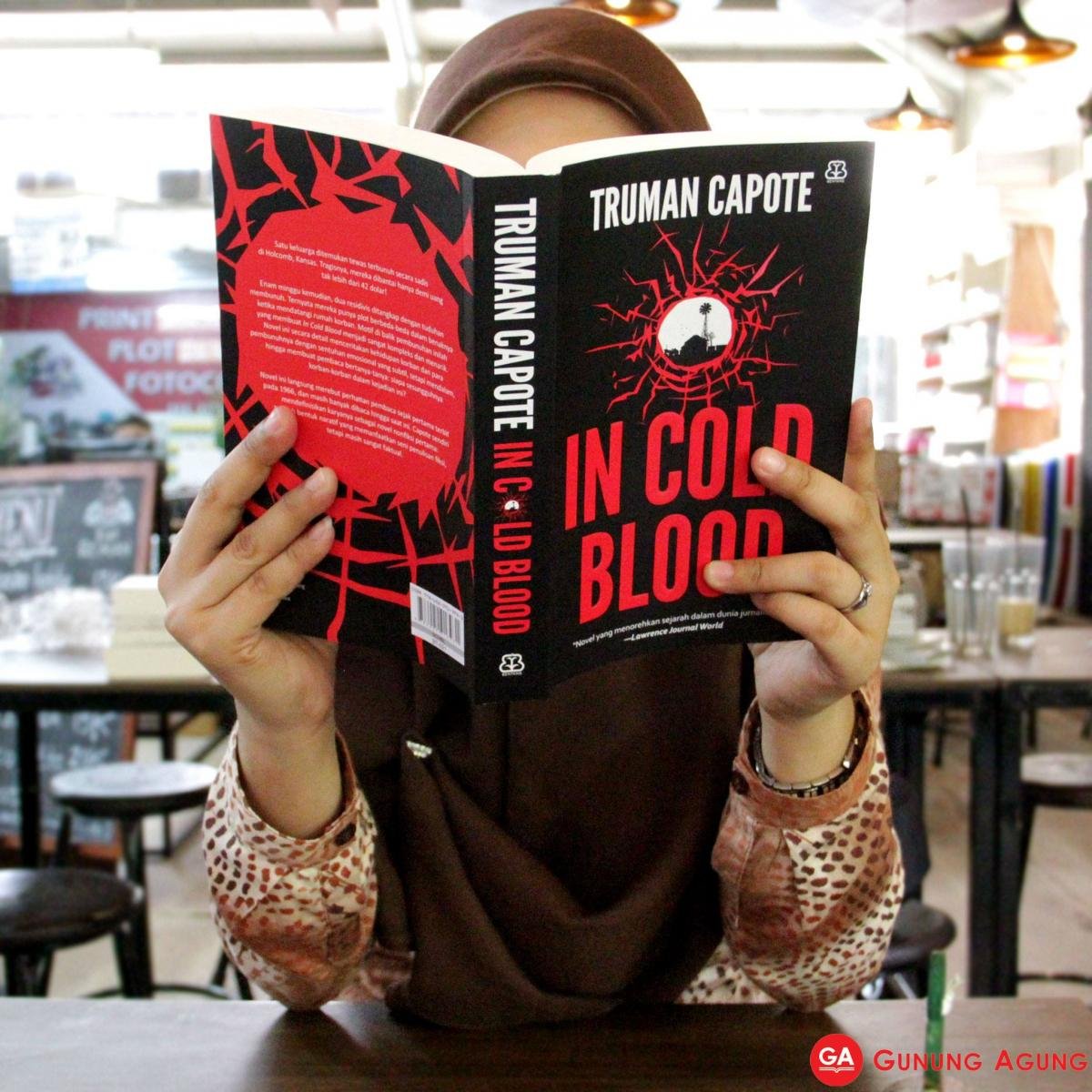 Only one word can truly describe this book: inherently and truly scandalous. It describes a passionate love affair between the aristocratic (and very sexually frustrated) married woman Connie Reid and Oliver Mellors – the gameskeeper on her husband Clifford’s estate. Perhaps the book’s most iconic part is when Connie and Oliver have sex on a forest floor and experience simultaneous orgasms, after which Connie believes that she has a deep emotional connection with him. The ending is neither happy or sad, but a realistic one, in which both hope that they may end up together. An unexpurgated version of the book wasn’t published in the UK until 1960 and when it was, Penguin Books went through public prosecution at the Old Bailey under the Obscene Publications Act of 1959. The verdict was not guilty and afterward, there was more freedom regarding the publishing of explicit material in the country. Penguin even dedicated their second edition of the book to all the jury members who “made D.H. Lawrence’s last novel available for the first time to the public in the United Kingdom.”

Memorable quote: “Obscenity only comes in when the mind despises and fears the body, and the body hates and resists the mind.”

Judy Blume’s young adult novel is a frank and candid portrayal of a typical teenage relationship. The focus is on the newly-formed bond between Katherine, a senior in high school, and Michael, who met at a New Year’s Party. Over the course of the story, Katherine and Michael discuss the idea of sex and the issue is presented as an emotional dilemma, rather than the usual moral one. The story also deals with other important adolescent issues seldom discussed in the literature, such as: depression, suicide, birth control and homosexuality. It was this frank and open-minded attitude present within the book which caused a lot of heated debate. It was challenged by high school libraries in Pennsylvania, Orlando, Florida and Ohio for using “four-letter words,” (you can take an educated guess about what they may be), and for discussing masturbation, birth control and disobeying parents; Isn’t that what growing up is about though? As Blume put it herself succinctly: “How are young people supposed to make thoughtful decisions if they don’t have information and no-one is willing to talk with them?”

Memorable quote: “I made promises to you that I'm not sure I can keep.” 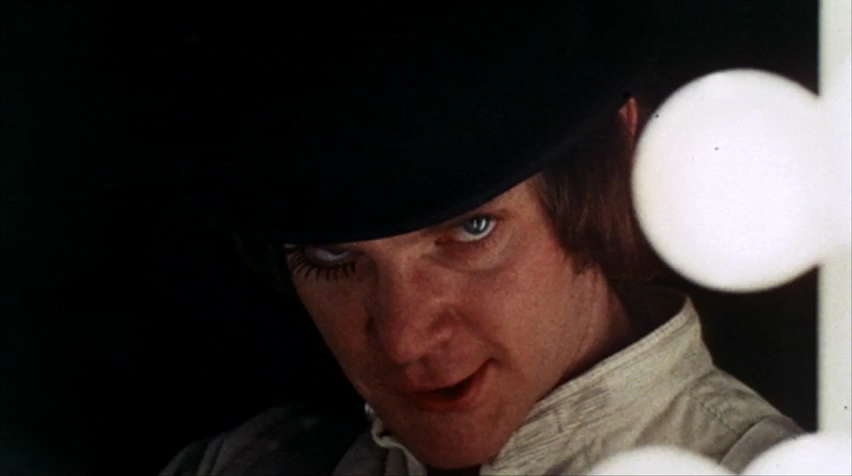 The second dystopian novel within this list, it features a violent youth subculture and is narrated by the sociopathic teenage Alex, and details his own violent pursuits for pure entertainment. Though the main ideas in the book are of free will and nature vs nurture, they are overlooked by the sheer violence – and by violence, we mean violence. It is over-the-top, excessively dramatised violence, often quite unnecessary at times and extremely graphic. We experience Alex and his cronies on their sprees to commit a series of horrifying crimes, like murder. Stylistically, the book also contains a lot of slang invented by Burgess called Nadsat – a mix of modified Slavic words – Russian, rhyming slang and words Burgess made up himself. Either way, the book was removed from several high schools in America because of its “objectionable language,” and faced criticisms in the UK for content and style. The 1971 film adaptation, directed by the iconic Stanley Kubrick, also caused great controversy and faced criticism for its explicit sexual scenes and violence.

Memorable quote: “Is it better for a man to have chosen evil than to have good imposed upon him?”

Which one of these banned books will you pick up to read? Let us know!