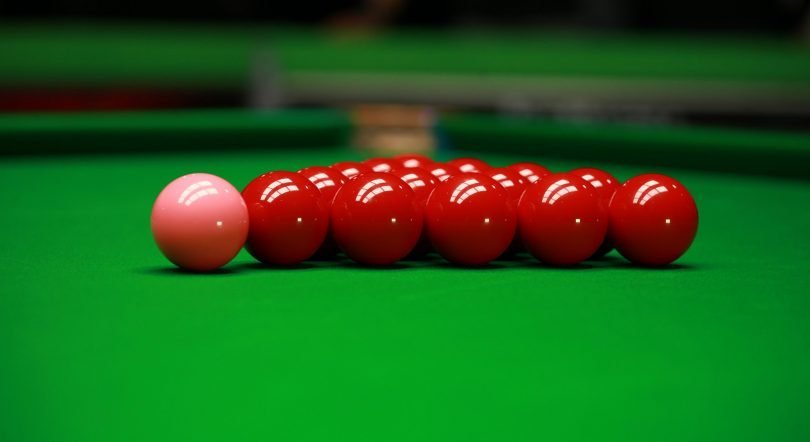 The sexualisation, objectification and exploitation of women in a plethora of big industries has, in the past couple of years, come to the fore of public consciousness. The Harvey Weinstein Scandal shone a bright and somewhat jarring light upon an unpleasant underbelly of big industry. Various political scandals either side of the Atlantic similarly exposed another male dominated sphere.

Such is the atmosphere of change in the air that Formula 1’s new owners Liberty Media plan to axe an institution as prominent, proud and primeval as ‘grid girls.’ This has been met with some opposition. Notably, from the Monaco and Sochi Grand Prix.  This opposition, in turn, has been met with some support. Notably, from Lewis Hamilton, who reposted a photo of an announcement of Monaco’s crusade against the prude with the words “Thankyou Jesus” followed by that emoji of a pair of hands in a, sort of, prayer position.

I suppose this comes as no real surprise, as many of us were previously aware of Lewis’ strict adherence to feminist principles. Especially the one concerning the rights of women to wear skin tight, low neckline jumpsuits so that F1 drivers have something nice to look at before a race. It really is crucial to performance.

From the sexualisation of those involved in sport’s out of game antics such as ‘grid girls’, we move on through to the sexualisation of those involved in the sport itself. Earlier this year, The Sun published an article posing the thought-provoking question: “Maria Sharapova and Eugenie Bouchard – Who is the sexiest tennis star?” Really great investigative journalism, promoting the liberty of women to entertain and satiate men’s desires.

Untouched by the liberating claw of sexualisation

An area of sport, however, hitherto untouched by the liberating claw of sexualisation is snooker. In this ground-breaking article, I’ll be sexualising male snooker players, but in a good way, honestly, that promotes freedom of expression in dress and style for male snooker players everywhere. This will be similar to, in as much as I’m sure the newspaper was attempting to further the cause of freedom of expression of women across the globe, the Sun’s critical analysis of Sharapova and Bouchard. 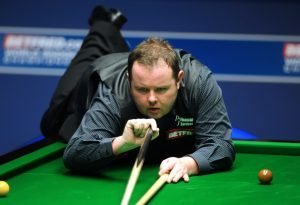 A curvaceous credit to the sport, Stephen Lee roused audiences on the professional circuit with his trademark ‘bum wiggle.’ Bending over to take a shot, Lee would angle his humungous peachy bum up towards the audience to the sound of coquettish giggles resonating around the Crucible.

However, sadly for fans of Stephen Lee’s pronounced posterior, match fixing allegations dating from the late noughties resulted in his removal from the tour in 2014. Recently, he opened “Stephen Lee’s Billiards Academy” in China, where he’s teaching the citizens of Shenzhen how to put the sex back into snooker. 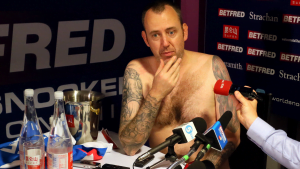 Renowned for his refusal to wear clothes while conducting post game press conferences, Mark William’s often blurs the lines between titillating and pornographic.

Tastefully obscured by the photographer with a well-placed forearm/microphone, Mark has both nipples pierced in a style he describes as “harking back to the glorious days of Victorian sexual revolution.” 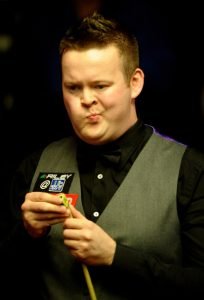 The approach, however, has been met with support by some of the sports most prominent figures. It’s this unbridled sexual freedom Shaun expresses in the form of the ‘sideways pout’ that led to Steve Davis coining the unofficial nickname ‘The Lovely Lip’ to describe the ‘The Magician’ (Official nickname.)

He’s fuckable. And that’s an industry term. It means people want to fuck him. 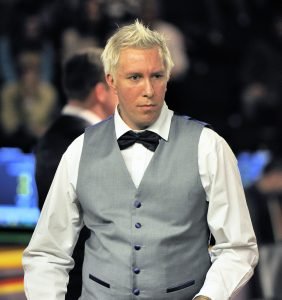 Known as the ‘Blonde Bombshell’ to friends and fellow professionals alike, Dominic Dale covers his scalp with peroxide before every snooker match he plays in. He’s been known to sneak peroxide into his dressing room to top up during the mid-session interval.

The chemical sting, he says, helps to focus the mind on the task in hand. The skull rot that will inevitably blight him in later years, he says, is merely a necessary evil in the pursuit of style and ranking titles. The former, he has achieved. The latter, he is still hunting. 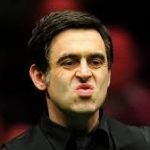 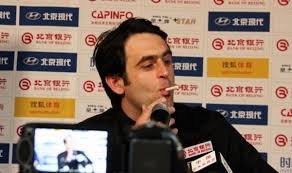 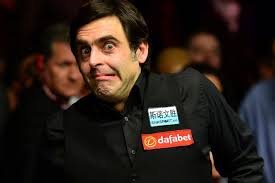 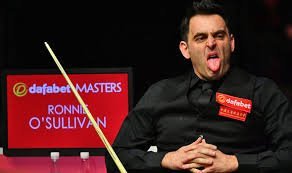 Ronald O’Sullivan, known as Ronnie to close friends and family, is the master of sensuality and cool. The pictures show only a highlights reel of Ronald’s salacious facial expression.

From top to bottom, first we have the resting bitch face, which is difficult to top in terms of everyday sexiness.

Next is the bad boy. Smoking a cigarette during a press conference, you naughty bastard Ronald.

Third we’ve got the 1960s bawdy ‘Ooh err missus’ look. Popularised by the Carry On film franchise, Ronald here is responding to the referee calling him up on wearing crotchless trousers to a Crucible quarter final.

Finally, there’s the glam-rock-sex-magnate-tongue-out look. Reminiscent of sex icon Gene Simmons of Kiss, Ronald often presents his tongue to the Crucible crowd in tribute to the man he idolises so much for his approach to sexual freedom and eroticism.

Amongst fellow professionals and pundits alike, Ronald is known as the ‘Bodacious babe of the baize.’

Critics of the sexualisation of the male snooker player would only be condemning the group to the dark ages, turning back the clock on the winds of change that have punctuated the nations recent history. None of us really want that, do we?