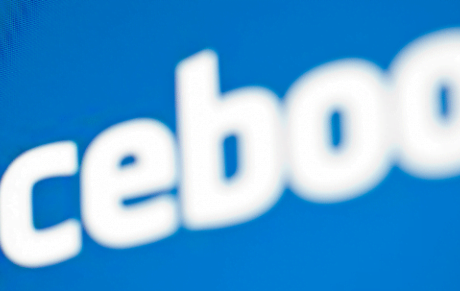 Written by The Boar

My finger taps on the infamous ‘F’ logo or refreshes my Twitter feed without a second thought. I dread to think how many times I’ve had a deadline looming, yet I’m “liking” a vine of a guy dressed as a dancing banana, or snapchatting my friends moaning “this essay is killing me!” It’s got to a point where I’ve altered the parental controls on my computer to block Facebook and Twitter whilst I try and get work done; yet, my phone is constantly ringing, beeping and buzzing with some notification or other… Social media is taking over my life, and everyone elses it seems.

Pictures really DO speak a thousand words. I’m weary of seeing snaps of half-eaten meals out, expensive gifts and numerous “selfies” of somebody I sort of know; frequently scantily clad (and sometimes even more of an eyeful than that) on Instagram.

Instagram and Facebook seem to be a competition of who can get the most people to “like” their photographs, and sadly, it’s usually the fewer the clothes, the more the “likes” pile up. Once posted, these images remain online forever, and the internet is so easy to access at pretty much everyone’s fingertips. Friends, parents, potential employers… It’s worrying to think of the repercussions one photo could have, and all for the sake of the approval of acquaintances.
A pet peeve of mine concerning Instagram is the ability to hashtag on photos. I often see an endless list of likes (#me, #girl… #whocares?) Worst of all, there’s the rise of new hashtag phrases that make no sense! #instadaily #whitagram #ootd #wtf?!

Snapchat comes top of the pile of new ways to procrastinate. I’ve somehow managed to accumulate over 19, 000 snapchat points… I’m unsure whether to be proud or ashamed. Why am I watching a ten second video of my brother’s dog? Why should I care if my friend at another university is “prinking”? As if Facebook and Twitter weren’t enough, people can share every last detail of their lives at the click of a button, whether their friends like it or not.

Facebook: the old faithful. The other day, Facebook asked me which “life events” I wanted to share. It came up with a few suggestions; travelling, relationships, getting my braces off… It was an ultimate facepalm moment. Yes, I had braces until I was almost nineteen, please don’t embarrass me any further.

Also, I don’t understand when Facebook began to dictate if people are “together” or not? When I went home for Christmas, I told one of my friends I’d started seeing someone whilst being at Warwick…

The internet really is the pinnacle of “TMI”. I don’t know how many times I’ve woken up hungover, checked my phone and see “such-and-such tagged you in 12 photos”. The sinking feeling you experience on realisation you’ve subconsciously made a spectacle of yourself and such horrors have been published for your umpteen Facebook friends to see is one beyond compare. You can faff with your privacy settings all you like – there’s no such thing as personal space in the realm of the internet.

However, every cloud has a silver lining. Facebook is invaluable when it comes to group messaging or spreading the word about events. Twitter has shown us 140 characters can change the world. The motives behind social networking are paved with good intentions, it’s whether people continue upon that path which dictates it’s impact.

Vote for your your university publication of the month, below: