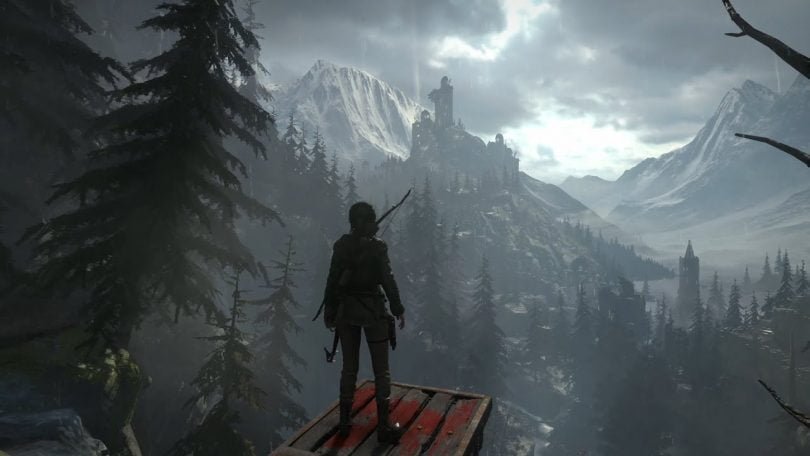 The countdown is on to the release of the fourth film in the Tomb Raider franchise, ‘Tomb Raider II’. Scheduled for release in March 2021, bombshell Alicia Vikander will reprise the iconic role of Lara Croft and Ben Wheatley is on board to direct. As details of the plot are being kept under wraps, let’s take a look back at the video games that started it all, and the films that followed.

Who is Lara Croft?

Lara Croft is the main protagonist of the Tomb Raider franchise. An archaeologist by trade, she explores ancient ruins and tombs around the world. Inspired by strong, female icons, Croft was originally designed to counter stereotypical female characters. She was also the first female lead in a popular video game. As well as the games, she has appeared throughout the franchise in comics, print adaptations, animated films, feature films, and merchandise.

Croft is the holder of six Guinness World Records and was one of the first video game characters to transition successfully to film. She is considered both a sex symbol and a feminist icon and is a significant figure in global popular culture. On the silver screen, she was first portrayed by Angelina Jolie, followed by Alicia Vikander.

The first Tomb Raider game was released in 1996 for computers, Sega Saturn and PlayStation. A year later, the sequel Tomb Raider II was released, followed by Tomb Raider III in 1998. By 1999 and the fourth release of the video game, Tomb Raider had cemented itself as a cult classic with millions of fans rushing to get their hands on the latest version. All in all, there have been a total of 19 video games released, available on Dreamcast, PC, PlayStation, GameCube Advance, Wii, and Xbox, amongst others.

The series’ popularity has led to quite a few spin-offs. Editions for the Game Boy Colour in 2000 and four Tomb Raider Titles for mobile phones were announced in the early 2000s. Tomb Raider has also become popular with online slots. There are a number of Tomb Raider slot game spin-offs where players can enjoy the company of Lara Croft while playing for real money. Available on mobile and PC, ‘Lara Croft Tomb Raider’ was created by gaming giant Microgaming in the early 2000s but is still going strong today.

Tomb Raider fans can therefore play several versions of the game on a wide range of devices and platforms including PC, hand-held console, and mobile. And with the latest film just around the corner, it could be that we will see some new titles released across all platforms soon.

Following the widespread and somewhat unexpected success of the video games, it made sense to immortalise croft on the big screen.

The first film was released in 2001, entitled simply ‘Lara Croft: Tomb Raider’. While it received less than glowing reviews by critics, it was a big success at the box office. It set an opening record for a film with a female lead and for a video game adaptation. It grossed a total of $274,703,340 globally. The plot centred around Croft’s plan to thwart a doomsday cult’s plan to get their hands of two pieces of a mysterious device, hidden in secret places across the world.

In 2003, Jolie returned as Croft in ‘Lara Croft: Tomb Raider – The Cradle of Life’  starring opposite Gerard Butler. Again, it received mostly negative reviews from critics, but fans of Tomb Raider loved it. In the film, Croft tries to locate Pandora’s box before a gaggle of international criminals get their hands on it and bring an the end of the world. Due to its box office success, a third instalment was planned but Jolie declined the role.

Following Jolie’s departure from the franchise, film bosses shelved the idea of a third film. Then in 2018, Alicia Vilkander was cast as Croft and ‘Tomb Raider’ was released. The storyline focusses on her search for her missing father, hoping to solve the mystery of his disappearance. It received better reviews than its predecessors and Vikander was described as a “capable, powerful, and un-objectified heroine”. It grossed $274,700,000 at the box office and was nominated for two Teen Choice Awards.

Now that the fourth film, ‘Tomb Raider II’ is less than a year away, fans can’t wait to see where Croft’s adventures will take the audience next. Stay tuned!