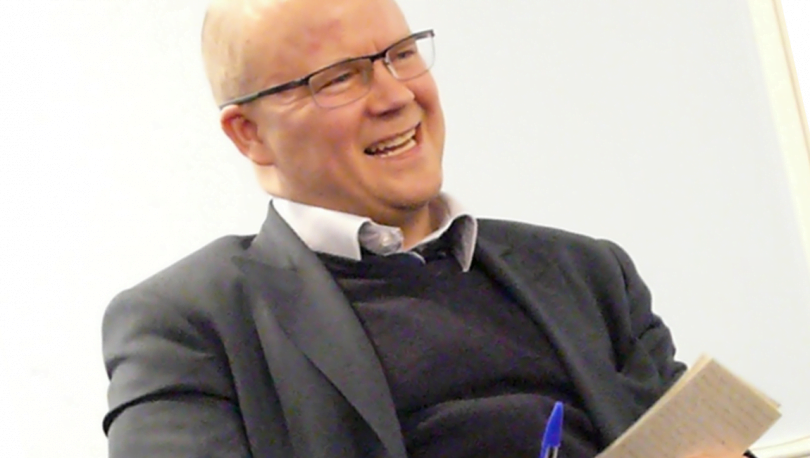 Written by ritacunha
Toby Young, former journalist and free school advocate, was announced on January 1st as one of the members of the newly established Office for Students — a government-created regulator for higher education.

What is the Office for Students (OfS)?

The Office for Students was created by the government to make sure that students have several fair choices when applying for a degree, and to ensure that the students in higher education are receiving a fair quality of education when compared to the fees they pay. Discussions surrounding the quality of higher education and the reforms it should (or shouldn’t) go through have focused not only on tuition fees — which rose to £9,000 a year in 2012 — but also on pay for senior university staff, and the issue of free speech on university campuses. The Office for Students’ aim is to tackle all of these issues and to represent students’ interests in these debates.
The OfS is expected to go into full operating mode in April of this year and will replace two existing higher education entities: the Higher Education Funding Council for England (HEFCE), and the Office for Fair Access (Offa). In Jo Johnson’s words, the universities minister, the Office for Students is to “rightfully put the interests of students at the heart of regulation and play a pivotal role in reforming one of the nation’s greatest assets — the higher education sector.”
Contrary to what might be thought, the OfS will not have extensive powers but will have the ability to report and to make recommendations.

Who makes up the OfS?

The fifteen board members come from a range of backgrounds. It will be led by the former chief executive of Universities UK Nicola Dandridge; and chair Sir Michael Barber, the founder of Delivery Associates and Tony Blair’s former education adviser. Six of the fifteen appointees come from HEFC and were, more often than not, in business roles. The only student representative on the board is Ruth Carlson, engineering student at the University of Surrey. Dandridge claims, however, that she wants to have a ten-person board only comprised of students, chaired by Carlson. The most well known of the board members is, by far, Toby Young whose appointment has stirred a lot of controversy since it was announced on January 1st.

Who is Toby Young?

Young is a journalist and a free school advocate from Buckinghamshire, and will now be a board member of the Office for Students. He was the co-founder of the Modern Review magazine, in business from 1991 to 1995. Its motto was “low culture for highbrows”, but ended up closing and being dissolved due to financial issues.
Following this event, Toby Young moved to New York City to work for Vanity Fair for five-years which inspired his memoir, later turned into a one-man play and a feature film, How to Lose Friends & Alienate People, released in 2001. After being laid off by Vanity Fair, he became a contributor, columnist, and editor for a number of publications, including The Spectator, the Daily Mail, and The Daily Telegraph. He has also been a restaurant critic and columnist for the Evening Standard and The Independent, and has appeared on Top Chef and Hell’s Kitchen as a judge.
More recently, Young co-founded the West London Free School, opened in Hammersmith in 2011. In the year of 2016 he stepped down as CEO of said school, alleging that he had been “very critical of England’s public education system under the last Labour government, and [he] hadn’t grasped how difficult it is to do better, and to bring about system-wide improvement.”
The Department for Education made the claim that Toby Young had held teaching positions at Harvard and at Cambridge as a justification for his appointment. However, Young acknowledged on January 2nd that these were not accurate claims and that he had “taught undergrads at Harvard and Cambridge and was paid to do so but these weren’t academic ‘posts’ and [he’s] never made that claim,” because at the time when he carried out this work he was a student.

The controversy and the appointment

Education Secretary Justine Greening has received written complaints from representatives of almost half a million teachers and lecturers expressing discontentment over her decision to appoint Toby Young for the post in question. These complaints had in common allegations of sexist and homophobic behaviour expressed publicly on the journalist’s twitter page. 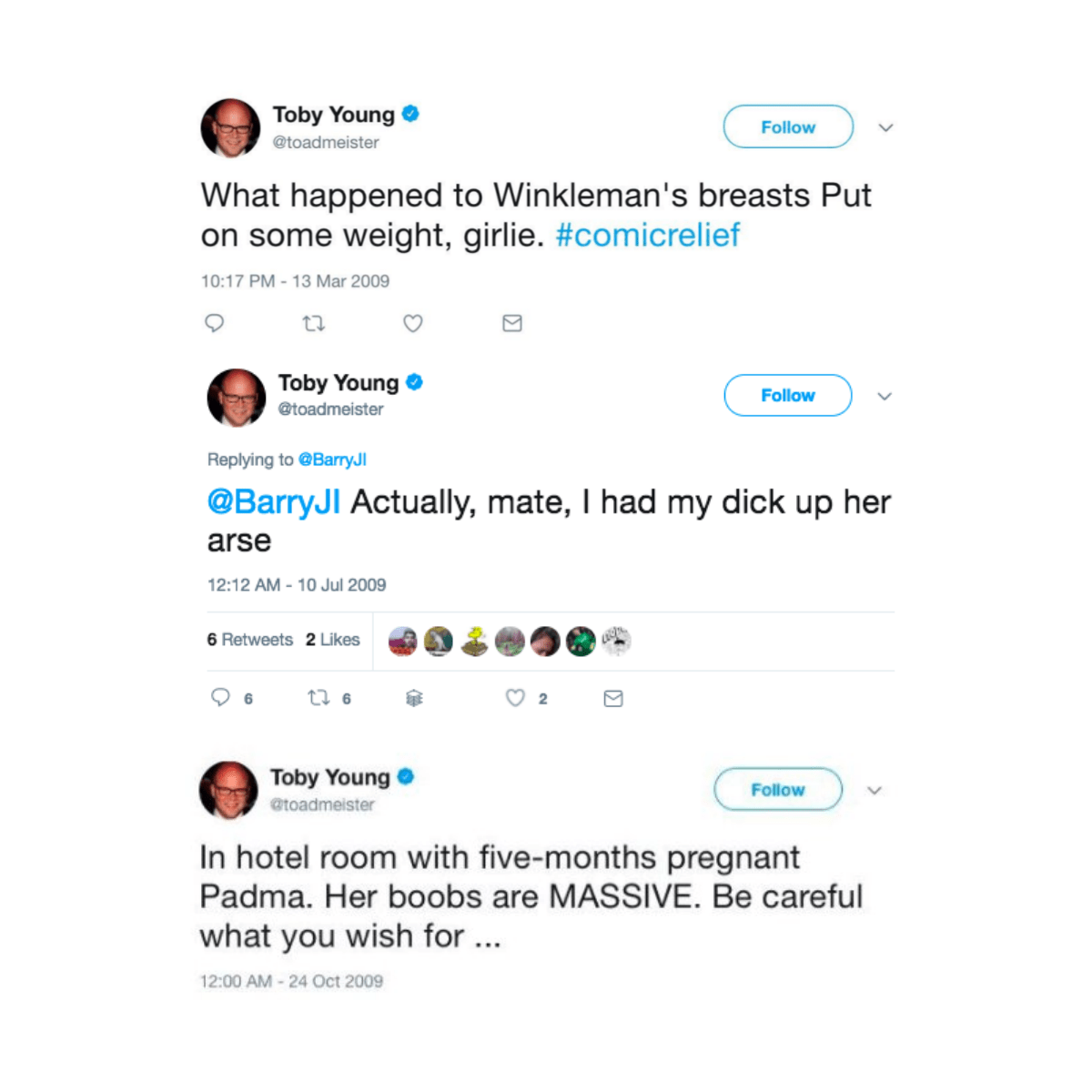 In addition to these tweets, Mr Young wrote in 2012 a column for Spectator magazine where the following quote can be read: “‘It’s one of those ghastly, politically correct words that have survived the demise of New Labour. Schools have got to be ‘inclusive’ these days. That means wheelchair ramps, the complete works of Alice Walker in the school library (though no Mark Twain) and a Special Educational Needs Department that can cope with everything from dyslexia to Münchausen syndrome by proxy.” He later told BBC that his article had been misunderstood and that when he talked about ‘inclusive’ he meant the notion of "a dumbed down, one-size-fits-all curriculum”, and he wasn’t referring to students with disabilities.
In 1988, Mr Young wrote that working-class students at Oxford University were “universally unattractive”, employed the then-popular term “stains” and referred to them as “small, vaguely deformed undergraduates.”
He has defended his remarks about people with disabilities on twitter by saying: “I’m also a defender of teaching children with disabilities in mainstream schools. I have an older brother with learning disabilities and I’m a patron of the residential care home he’s lived in for 20 years.”
Over the course of this week, Toby Young deleted around 40,000 of these inflammatory tweets from before 2009 and says he regrets “politically incorrect” remarks made by him in the past. At the same time, however, he has continued to defend some of the tweets published and says they “have been deliberately misinterpreted to try and paint [him] as a caricature of a heartless Tory toff.”

Despite the criticism coming from professors and lecturers, the general public, and Labor party members, some figures in the government have defended Toby Young’s appointment for OfS.
Boris Johnson, Secretary of State for Foreign Affairs, took to Twitter to show his support for Toby Young.

Conservative MP Margot James also backed Toby Young’s appointment but gave her opinion on the inflammatory tweets that Young shared in the past.

Toby Young @toadmeister is worthy of his appointment to the OFS but it is a mistake for him to belittle sexist comments by labelling them “politically incorrect” a term frequently used to dismiss unacceptable comments about, and behaviour towards, women and minorities

Finally, the Department for Education defended the appointment citing that Young has a diverse past in higher education — which he has acknowledged to not be true — and that he had already “expressed his regrets” regarding the sexist tweets.