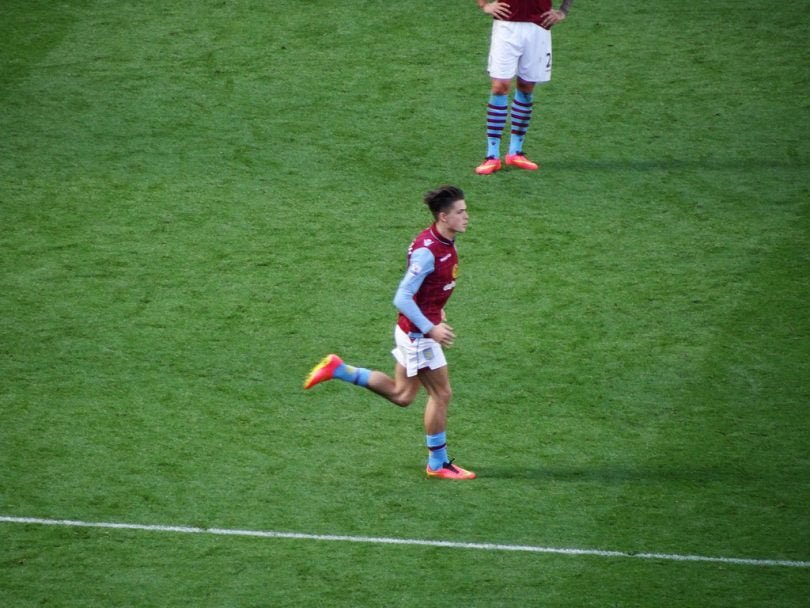 Eight months ago, the name Marcus Rashford would have meant nothing to anyone. Now he is nothing short of a household name after bursting on the scene at Old Trafford in February.

An injury for Anthony Martial in the warm up of the second leg of their round-of-32 Europa League tie against Danish side FC Midtjylland proved to be blessing, as Louis Van Gaal called up the 18-year-old striker to lead the line. A quiet first half was soon set alight, as two second half goals from the young Englishman helped the Red Devils to a 5-1 win and saw them through to the next round of the competition.

Rashford kept his place in the team and, just three days later, was rewarded with his first Premier League start at home to Arsenal, and remarkably topped his debut performance with two goals and an assist in a 3-2 win.

He silenced his critics on more than one occasion coming to the climax of the 2015/16 season and popped up with five goals in eleven games, most notably scoring the only goal in the Manchester derby at the Etihad Stadium back in March.

At the end of the May, just over three months after his first team debut, he was rewarded with a new 4-year contract.

These breathtaking performances earned him his first international call up, where he scored within the first four minutes of his debut in a Euro 2016 warm-up match at the Stadium of Light against Australia and became the youngest Englishman to score on his international debut since Tommy Lawton in 1938, and he was subsequently rewarded further with a place in Roy Hodgson’s Euro 2016 squad, where he featured twice, against Wales and Iceland respectively.

There’s no argument of how big a potential Rashford posesses, and there’s no doubting his ability with the records that he’s broken just in the last year. Stark contrast between now and twelve months ago when Rashford was an unused substitute at Rochdale in the FA Youth Cup for the Manchester United youth team.

This 21-year-old Aston Villa winger has been at the club for 15 years. In his youth days with the club he only got as far as being an unused substitute in a 4-2 home defeat by Chelsea at the end of March 2012, and he had to wait for over a season more until he was granted his first professional appearance, however not for his boyhood team Villa.

Chris Kiwomya, the then Notts County manager signed Grealish on a 4-month youth loan in September 2013 and he made his professional debut coming on as a 59th minute substitute against MK Dons the next day.

He quickly established himself in the first team, and scored his first goal against Gillingham in the December, with a dazzling solo run from the halfway line before rounding the goalkeeper.

He produced some special performances for the Magpies in his short-term loan, so much so that his loan was extended to the end of the season by new boss Shaun Derry and he went on to make 38 total appearances for the East Midlands club, earning himself five goals and seven assists. He was instrumental in County’s season, which ended on a high with a 1-1 draw on the last day of the League 1 campaign at Oldham to save them from relegation and many argue that without the loan of Grealish, Notts would have been relegated long before then.

On his return to Villa, he made his first Premier League appearance the same season, after returning from Notts County, coming on as a substitute in a 4-0 away defeat to Manchester City, and went on to establish himself as a first-team regular under Tim Sherwood the following season, which ended up with Grealish playing at Wembley in the FA Cup Final – although his Villa team lost 4-0 to Arsenal.

The summer that followed saw Grealish make front page news when he was seen drunk on a pavement in Spain, but this did not make him a controversial character, or indeed affect his game, as he maintained his place in the Villa team and won a new 4-year contract with the club, despite their inevitable relegation to the Championship

He also won a place in Gareth Southgate’s England under-21 team where he still finds himself. There is no doubting his potential and it is all but a certainty that he will be an England regular in the coming years, as well as a Premier League regular. We will just have to see whether that is with Aston Villa or not.

While Marcus Rashford and Jack Grealish are both proven talents, Tammy Abraham is more of an upcoming talent in the game, but there is still no doubting his ability.

The tall and pacey 18-year-old front man has come through the ranks at Chelsea, where he joined at Under 8 level. He was part of the Chelsea youth team who won the FA Youth Cup in both 2015 and 2016, and of the Chelsea side who won back to back UEFA Youth Leagues in the same years.

In the latter he scored eight goals in nine matches and was the tournament’s second highest goalscorer. This caught the attention of Chelsea’s interim first team manager Guus Hiddink, who asked him to train with the first team at the back end of the 2015-16 season. He was given his Premier League debut in May, in a 1-1 draw with Liverpool at Anfield, and a week later was handed his home debut at Stamford Bridge in the final game of the season, where he played the last fifteen minutes of the 1-1 draw with Premier League champions Leicester City.

When Guus Hiddink left him short-term position as manager, he was replaced by the Italian Antonio Conte, who did not ignore Abraham’s ability, and so invited him on to Chelsea’s pre-season tour of USA.

However, as he was still slightly unproven in the first team, he was sent out on loan to Bristol City, which appears to have been a very shrewd move. He was given the prestigious number 9 shirt at the Robins, who also ensured that there was no recall clause in the loan, a very good bit of business from manager Lee Johnson.

It has paid dividends so far, with Abraham scoring eight goals in fourteen appearances, ranking him as the joint second top scorer in the Championship this season.

Upon his return to Chelsea next summer, will Tammy Abraham be the striker that Chelsea have been looking for since they lost Didier Drogba? The £50,000,000 they spent on Fernando Torres became far from value for money, and Diego Costa is always in the headlines for the wrong reasons,but perhaps this time they have their next ‘big’ striker already, and it would be even better for them if it was a home-grown one who came through their own academy.

Bristol City manager Lee Johnson said: “If there was a 0.0000001% chance of signing him, I’d start the whip round tomorrow!”

With statements like that they will surely not let him go; they learnt that mistake from selling Romelu Lukaku to Everton, albeit for £28 million, and will instead nurture him at Chelsea.

There could be no real surprise if he ended up leading the line, alongside or perhaps even instead of Diego Costa for the Blues this time next year.