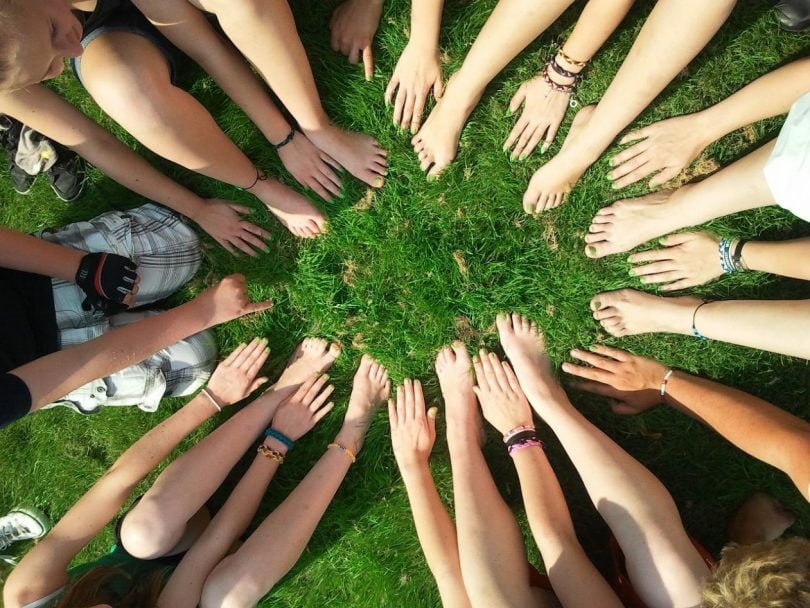 Since time began, people have been huddling together against the cold and merciless outside; they have been waddling, like a group of penguins duct taped together, through the snow, and the night, and the unknown.

This is because it is easier to transform the chaos of life into reward in a group than it is individually. After all, even the most Herculean CEO is supported on a mountain of up-turned palms: behind every great X there is a Y, and so on.

With the rise of digital however, the idea of the group has flown its earthly perch and disseminated itself across the whole World Wide Web, with the speed of a picture of a dog using a telephone.

Below we look at three wonderful ways students, or anyone, can team up over the net to dreams closer to reality.

The concept of the lottery is simple, everyone puts in a few quid, and then fate decides who all of that money should go to. It’s a very seductive experience, as for the few moments before the balls fall where they may, one can feel the emergence of a new life, characterised by fabulous wealth, just hovering in the air, waiting.

Unfortunately however, one does not normally win the lottery – surprise, surprise – but now there exists a way to increase your odds.

Among all the tips for winning the lottery, the suggestion of lottery syndicates from Lottoland is the one that embraces the power of the group to greatest effect. By pooling tickets with a gang of trusted comrades, one can increase one’s chance of winning the, admittedly divided, sum exponentially!

So, draw up those contracts and get online, your cyber army of cash cows awaits!

Skill-sharing sites offer you a chance to extend the influence you have over your own life by a huge margin. Whereas pre-web you’d be limited to utilising the skills of those in your local area, you can now, theoretically, outsource any problem to millions of minds around the globe.

This creates the scope for epic acts of teamwork, and is a model that’s already been adopted by some of the world’s greatest organisations, including NASA.

Not satisfied with the academic clout of your current institution? For however much it costs to run a basic broadband connection, you may gain access to lectures given on a range of topics by some of the most respected academics in the world.

The YaleCourses channel includes talks on literature, philosophy, music, and much, more.

In fact, as many of the courses provide links to reading materials and essay questions, the only thing you’ll be missing out on is the accreditation – and uni’s about the love of knowledge, not a means to an end, isn’t that right accounting undergrads?

So whether you’re trying to fill your mind or your pocket, or merely want someone to lend you a helping hand, remember that there’s not just safety in numbers – there is power!