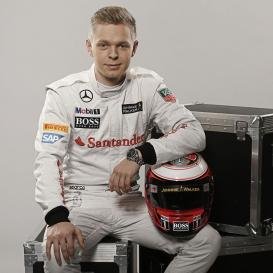 Welcome to the first instalment of this week in F1. Here you will be finding out about all of this week’s most important news from the paddock, all in one place. We will be covering all the serious news, rumours and the odd quirky news story.

Whilst the first race in Australia is still months away, there were an awful lot of things going on both on and off the track this week, so let’s delve in.

Perhaps the hottest news this week comes from Renault (formerly Lotus). A lot has been said regarding the financial struggles the team has faced over the last couple of seasons. Renault have finally completed the take-over of the team and have paid off most (if not all) of the debt that the team had ran up.

Renault have essentially saved the team. Pastor Maldonado is a driver that brings money to a team and has been unable to shake off the “pay driver” tag (a driver who brings money to the team from their own personal sponsors, essentially paying to race for the team).

Pay drivers have always been part of F1 and always will be. Rightly or wrongly, it’s just the way it is. Many young and talented racing drivers will lose out on oppotunites because someone else, who perhaps is not as good, has deeper pockets. Kevin Magnussen is a prime example of a driver missing out on a chance.

After losing out last season to Fernando Alonso at McLaren, the Dane who many regard as a future world champion, found himself sitting out because others had more money.

Maldonado was bringing in an estimated £30 million per year in sponsorships which is vital for some teams, especially Lotus last season. Now Renault are in town and Maldonado’s sponsorship has dried up, he can no longer hand over the money and get the drive, opening the door for talented Magnussen.

Rumours have been floating around for a number of weeks now but have gotten stronger over the last couple of days. Magnussen would be partnering Jolyon Palmer in which would be perhaps the most exciting pairing on the grid. We could have confirmation sooner rather than later.

The best way to describe a technical truck? Shop on wheels. #F1 ? pic.twitter.com/7zMdqses2t

Haas F1 have this week revealed plans for the unveiling of their 2016 car. This time of year is always exciting, with the teams lifting the covers off their latest creations.

The team, who make their debut this season, have taken a traditional approach to their highly anticipated launch, by giving the world their first glimpse on the morning of the first test in Barcelona on February 22nd.

McLaren will launch their 2016 car the day before, with Manor also showing off their livery for this year the same day as Haas. Unlike Haas and McLaren, Manor may show off their 2016 livery on last season’s car.

Details are sparse on the car’s design, however there are mutings of the car having a yellow colour scheme. A welcome change from the usual red, silver and blue cars.

Let’s just hope Haas fare better than the teams that joined the grid in 2010.

Red Bull, McLaren and Ferrari all took part in the test which allowed Pirelli to test out the wet tyres ahead of the new season. With the cars for the forthcoming season still in deveopment, the three teams ran with their 2015 chassis.

The times for the test in the grand scheme of things mean nothing. The test was solely for Pirelli to gather data. The tyre supplier have been eager to have a full wet test for a while as they experiment with different tyres.

As well as Sebastian Vettel and Daniel Ricciardo, Stoffel Vandoorne was in the car for the two day test whilst Daniil Kvyatt and Kimi Raikkonen also spent a day each in the Red Bull and Ferrari.

It may be a new a new year, but the all too familiar McLaren unreliability continued. McLaren again ran into trouble with their Honda power-unit, GP2 champion Vandoorne, who is McLaren’s reserve driver again this season, failed to finish the team’s programme on day one because of the engine problems.

Thankfully for Pirelli who used a sprinkler system to water the circuit, it was not a wasted two days – over 1,500 miles were covered between the three teams.

Finally, this week we have news of an idea that has been rumoured over the last few seasons and is a controversial topic. Closed cockpits.

The idea has been floating around for a while now. The debate first cropped up in 2009. Felipe Massa was lucky to survive a high speed crash during qualifying for the Hungarian Grand Prix.

The then Ferrari driver was hit by a spring that had fallen off Rubens Barichello’s car. The spring hit Massa’s crash helmet and knocked the Brazilian out.

The tragic passing of Jules Bianchi following his crash in the wet at Suzuka in 2014 meant the idea of a closed cockpit was once again brought to the fore. The drivers are now more than ever pushing for something to be done. The halo concept could be the answer.

The halo concept would see the cockpit protected by two arms reaching from the back of the driver’s headrest which meet in the middle, with a structure at the front to support the two arms. The drviers hope the concept will reduce the chances of flying debris hitting the driver.

The concept could be introduced as early as 2017, with the drivers wanting the protection as early as possible.

Check back next week when we take a look back on the week’s F1 news!

What do you think of this week’s F1 news? Let us know in the comments below!