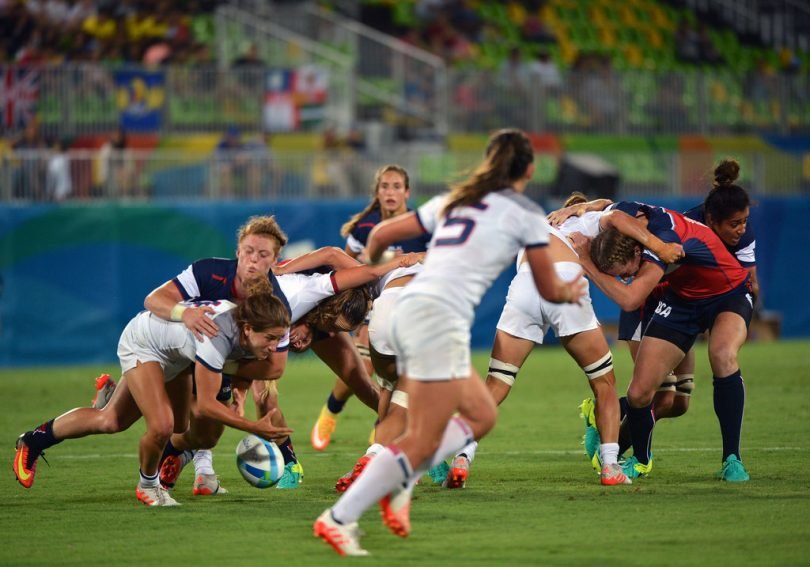 This Girl Can is a nationwide campaign developed by Sport England to celebrate women being active, no matter how well they do it. It encourages women and girls to get into sport and not to be afraid of stereotypes nor the people that may make fun of them for doing so.

One sport that is heavily stereotyped with women is rugby. People think that women cannot play rugby because the sport is deemed too rough and women are fragile and not strong or fierce enough to play well.

There are some sports women should just not play. And rugby is one of them

I have been playing rugby on and off for about four years now and I have come across many people who laughed at me saying that I “did not seem the type,” or that I am too “girly.” Playing rugby has enabled me to get stronger and fitter; as well as make friends for life who I now think of as family.

I remember playing Rugby League in school, but it was known as 'play rugby' rather than 'real' rugby. This is because it does not involve as much contact as Rugby Union. The boys in our year were allowed to play Union, but the girls were not because it was too dangerous for us. We were not seen as equal and that was frustrating. I did not feel like it was dangerous for us, and felt that we could play just as well as they boys could.

It was only when I joined the rugby team at university this year that I felt like I was a 'proper' rugby player. I could finally play how I had wanted to as a teenager and felt as if I was truly equal to the male team.

My advice to all the women and young girls that feel they cannot play a sport because they feel they will be ridiculed or made fun of for it – to just do what they want. It is their decision to play a sport and they should do what they enjoy and what makes them happy.

Do not be held back by people that think they know best and do not be afraid to go against the gender stereotypes.

Do you play a 'manly' sport? What do you think of the gender stereotypes?