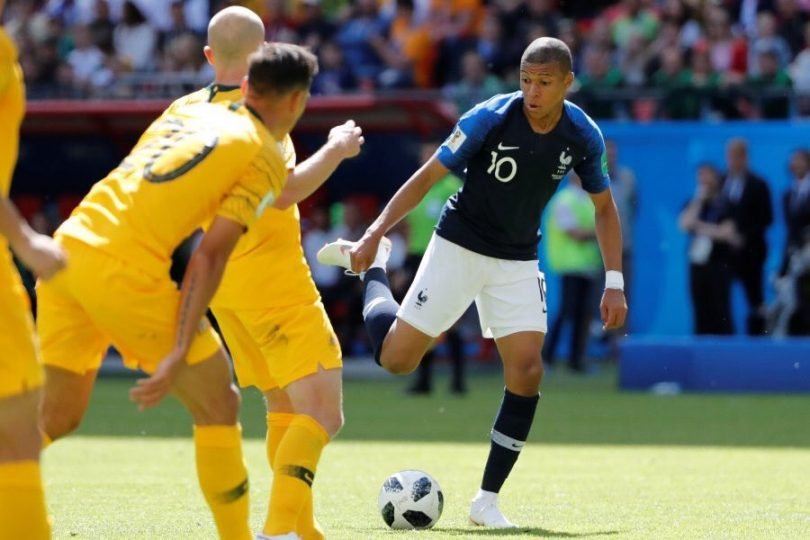 I think we can all agree this summers tournament has been a magnificent spectacle, however as the saying goes all good things come to an end. So in reflection we decided to come up with an entirely fresh and new idea that under no circumstances was borrowed and adapted from the UK’s leading sports section newspaper, giving our talented football writers the opportunity to discuss the highs and lows of Russia 2018.

Match of the Tournament: Belgium 2 – 1 Brazil.

There were higher scoring games this summer but none were as captivating as this one. To see Belgium’s golden generation (finally) turn on the style in the first half against the tournament favourites was amazing to watch. But, Brazil came back strong in the second half and you’d have been a braver person than me to predict which way this quarter final was going to go with ten minutes remaining.

Player of the Tournament: Luka Modric.

The best player in the surprise package of the tournament. He may not have reached the heights he does when playing for Real Madrid, but he was at the heart of all Croatia’s play. That he had the nerve to score in the shoot-out with Denmark a few minutes after missing a penalty in extra time shows the character he has.

Goal of the Tournament: Nacho’s for Spain in their 3 – 3 draw with Portugal. I’ve seen a lot of people say they preferred Benjamin Pavard’s similar strike in France’s last-16 tie with Argentina. Both were incredible sliced volley’s by right-backs into the far corner, but for me Nacho’s has the edge purely because it hit both posts on the way in. Aesthetically pleasing.

Personal Highlight: It turned out to be a false dawn in the end, but at the time, Toni Kroos’ last second winner against Sweden had me off my seat like no other goal. I remember thinking it could be a turning point in the tournament and we’d see Germany kick on and remind everyone why they were defending champions. Alas, it wasn’t to be.

Biggest Disappointment: The VAR handball penalty in the final. A horrible decision in a great final at the end of an incredible tournament. It’s a shame that it proved to be so decisive and may well have cost Croatia the chance to pull off the most unlikely of victories.

Match of the tournament: Portugal 3-3 Spain

This game had everything. From a penalty in the first five minutes to an 88th minute equaliser from an incredible free kick. It wasn’t just the fact it had six goals either, it was the quality of both teams and how, when they both looked down and out when the opposition was leading, they fought back triumphantly. Throughout the game it had the feel of an FA Cup tie, it was end to end, the tempo was incredible, and it was fascinating to see all these great players try to find glory for their nation. Nacho’s goal was one of the best this tournament saw. And then their is Cristiano Ronaldo. Again having so many critics going into the World Cup, but boy did he shut them up with an incredible performance, scoring a hat trick in a World Cup, against one of the best teams in the world.

Player of the tournament: Kylian Mbappe

This kid is going to win it all. At just 19 he has already got the worlds attention. Mbappe tore this World Cup apart; scoring 5 goals, showing flashes of brilliant skill as well as having a maturity and discipline about his game that would not be expected at his young age. Then, when it came to the World Cup Final, the biggest stage of them all, he delivered and then some; scoring a wonderful goal and helping France to their second World Cup title.

There were many great goals in Russia, but for me Benjamin Pavard’s goal against Argentina in the last 16 deserves top spot. The quality of the strike was so impressive; the way he cut across the ball so it went back the way it came, whilst rising perfectly to the top corner. It felt like it took an age to hit the back of the net but Pavard knew exactly what he was doing. Any striker would be proud of that strike, so for it to come from a full-back, scoring his first goal for France, made it even that more impressive. On top of that it was the timing of the goal which was so crucial, levelling the game at 2 a piece, whilst giving France the boost to go on and win the game.

Witnessing England win a World Cup penalty shoot out was a feeling I feared I may never experience. However, when Eric Dier put that ball past David Ospina, I leapt out of my seat and let out a huge cheer that came from deep inside me. The sheer elation of winning a shoot out was an incredible feeling. One that made me believe this could be England’s year.

When I made my group stage predictions, I looked at Argentina as a strong team that had finally found that balance in defence and attack. I was wrong. They barely got out of the group stages, and then conceded 4 against France as they went crashing out in the last 16. Their big names again failed to deliver, and for Lionel Messi you could see his disappointment and disbelief in his teammates. I feel bad for Messi, one of the greatest players to have ever lived deserves a World Cup winners medal, but he may never get one.

Match of the tournament: France 4-2 Croatia.

Fantastic final game of the tournament, it had it all. Own goals, great goals, VAR goal, pitch invasions, goalkeeper blunder and the announcement of the next superstar!

Player of the tournament: Kylian Mbappe

The next superstar. 19-years-old and a World Cup winner, insane. He scored four goals in the tournament and was the first teenager to score in a final since the great Pele, speaks volumes.

Goal of the tournament: Toni Kroos vs Sweden.

What a free-kick that was, to even try something like that from that angle, in the dying minutes of the game was madness, but quality players deliver quality moments.

It was just refreshing to see the top teams tested, and so many of them knocked out early. It gave fans the chance to dream, especially England fans like myself and hopefully it continues!

I just found some games too stop and start, some decisions were right I agree, some (maybe more so) were not though. I just feel decisions took too long, and it often disrupted play, which was well, disappointing.

Match of the Tournament

Has to be the Spain Portugal game, full of tension, unpredictable outcomes and wonderful football.

Player of the Tournament: Mbappe

I think Mbappe has to be the choice in this case, for a guy so young to accept such attention from all around the world and to take it in his stride is a great thing to see, on a sidenote the pace and close control he possesses is such ludicrous.

Goal of the Tournament: Messi

Messi’s finish from the thigh, only a handful of players in the world could pull that off, the dynamic movement and technique was just breathtaking.

I think the fact that the England team became likeable, someone has actually put work into changing the poisonous culture that crippled the England teams progression in the past and most importantly realism, the work done to become greater than the sum of their parts and yet realising that the group had their limits.

I’m always guilty of being a football purist and a shameless Messi fanboy, so to see such a magnificent collection of players bundled together in a mishmash of uncoordinated nonsense was a crippling disappointment.