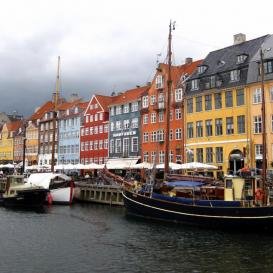 In a new series we will interview a person from a country outside of UK for their views on their life in their native country. This week we speak to Steph who is from Denmark.

Where are you from?

I’m studying web design/media production (and I work at three).

What do you think is a unique aspect of your country?

Architecture- there’s an interesting mixture of modern sharp styled new buildings as well as preserved buildings from a century ago if not more. It just makes for an visually interesting city.

What do you think is the biggest issue facing your country at the moment?

The population is thinning out. The birth rate has dropped so severely low that the nationality will potentially just dwindle to the point where the nationality is rare. For such patriotic people, this just seems a shame.

What do you think first comes to mind when people are talking about your country?

When people talk about Denmark, the first thing that comes to mind is the need to explain how advanced the country is. A lot of people aren’t aware of a country named Denmark, much less where it is and what it is like. Denmark, along with the rest of Scandinavia and northern Europe are advanced in terms of their opportunities for their citizens. Education and medical care is free for all residents, dentist care is free for Danes under 18. All this is available because of the equal amount of tax paid by all residents and despite the quite high tax rate (approx 45 – 50% for full time workers), it is generally deemed as acceptable.

Is there anything you wish people knew about your country that does not get mentioned in the media?

Pretty much the same answer as for Question 5!

If you’re from a country outside of the UK and would like to be interviewed next email world@kettlemag.co.uk!