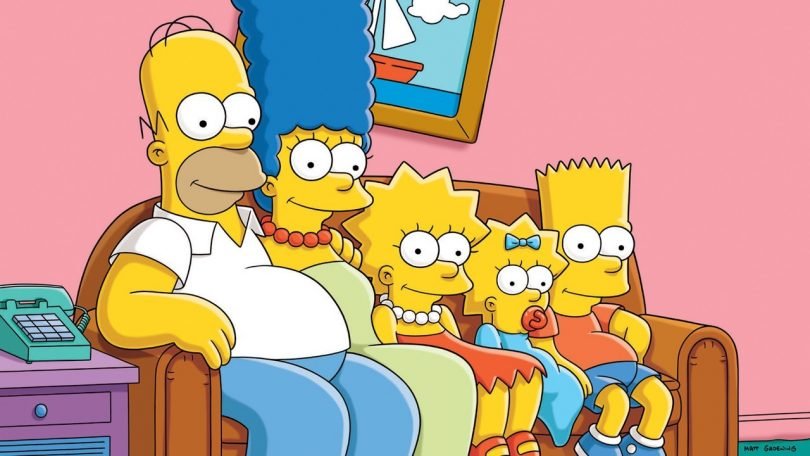 It’s a love affair I’ve never grown out of. Nor do I want to. There are few better moments than sitting back, cracking open a can and sinking into the comedic jaundice of everyone’s favourite family, The Simpsons.

For as long as I can remember, its been my favourite thing. The countless throwaway quotes, the increasingly apt societal jokes and the full-on, belly laughs are what makes the show a timeless classic. Heading into it’s thirtieth year, the shine may have been dulled a little bit but between 1990 and 1997 there was nothing, and I mean NOTHING, better on television for entertainment, jokes and, above all, writing.

I’m going to attempt a very difficult thing here, which is to try and narrow down my three all-time best episodes from a list that it is virtually impossible to choose from. You could make a convincing claim to close your eyes and stick a pin in any show between the third and the eighth season and it would be a contender.

The criteria for this is not the amount of laughs, necessarily, but the social, political, sporting or environmental issues depicted in the episode. There are some jokes that fly over your head when you’re a kid but as you get older, wiser and (apparently) more mature, you see the more subtle side to the show’s undoubted star writing.

#TheSimpsons is celebrating its 30th anniversary TONIGHT. Join in on the festivities at 8/7c. ? pic.twitter.com/RcFyr178IO

The Simpsons made me want to be a writer. I wanted to make people laugh, let them immerse themselves in the character development and to be one of the very few people that ever gets a primetime television show- a successful one- and my love affair has yet to end. Okay, so it’s sad to see the demise from season twelve onwards but some of the episodes on the so-called Long Plateau are still vastly superior to any sitcom on tv in the same era.

So, here we go. A perfectly cromulent way of starting this eternally-difficult task is to think of the first episode you ever watched (if you can recall) and see how it still stacks up. So, grab yourself a seat on the monorail, open a can of ice-cold Duff and relax into my totally subjective best episodes of The Simpsons.

This season four episode is well-known for being a highly-political and joke-heavy journey through trade relations in the United States. Sounds boring, I know. However, the amount of pop-culture references cascade like a waterfall. They come thick and fast. There are nods to Yellow Submarine, Schwarzenegger, the Mafia and who could forget that famous image of Homer wheeling around in circles on Mr Burns’ floor, whooping and hollering at winning his power plant dental plan. Oh yeah and it has that infamous ‘Dental plan…Lisa needs braces’ bit. Seriously, that is funny, then it starts getting tedious, then somehow it becomes hilarious again. In his book Planet Simpson, the journalist Chris Turner says that this episode is both flawless and should be taught in schools. I’ve said to my parents many times that I’ve learned more about history, society, politics, geography and American culture from watching The Simpsons than I have ever learned at school. Also, that fantastically rambling Grampa Simpson monologue about tying an onion to his belt, which was the style at the time, is absolutely quality.

Episode highlight: Loads, but I’m gonna choose only one and it has to be Marge having the top of her bouffant hairdo chopped off by the spinning rotor blades of Burns’ helicopter. It’s a cheap laugh but, hey, it works.

The back end of the sixth season, this is sheer quality. Remember a couple of years ago when the lemon memes were sweeping the internet? Well, that comes from a single, one-frame joke of about two seconds in length from this very episode. Essentially, Bart leads a group of Springfieldanite children to their rival town, Shelbyville, to retrieve a stolen lemon tree. Lemons being the sweetest fruit available at the time. The episode is revered for its extended reference to (hence the title) the Trojan War and for some quality, quotable jokes. Think of Homer shouting ‘toot on son, toot on’ or a lemon being hidden by a big, lemon-shaped rock. It is nothing more than a beautiful way to spend twenty-odd minutes of your life. It might be a touch moralistic but, as Jebediah Springfield said: “a noble spirit embiggens the smallest man” and that is the tangy flavour to this excellent episode.

Episode highlight: This is so hard but it’s probably when Nelson saves Martin from being beaten up, the effeminate Martin then bursts into an upbeat ballad about his saviour. It fits the historical nature to the show.

Any of the shows featuring Sideshow Bob is guaranteed to be sinister, prickly and filled with a glut of high-brow references and hilarious hijinks. Bob continues his personal vendetta against Bart Simpson and is released from prison because someone who can speak German can’t be an evil man, right? Several rakes and a witness protection relocation scheme later, Bob comes close to killing his nemesis. Thwarted once more, the former clown sidekick is sent to prison once more for attempted murder. One thing to remember is that scene where the witness relocation man tries to tell Homer his new identity and he just doesn’t get it. Also, the numerous references to classic films of the horror genre- Cape Feare, Psycho and the Silence of the Lambs are all ripe for parody at some stage. He gets his comeuppance in the end. Bake him away, toys.

Episode highlight: I couldn’t pick out anything other than Sideshow Bob standing on a bunch of rakes that just happened to be laid down on the harbour. He steps forward and thwack. This happens a total of nine times, with his embarrassed mutterings still heard in the background as the scene progresses elsewhere.

You may have your own favourites but there is no denying that the list of potential candidates is immense. I was so torn. It was a choice between those three and the one where Homer is the Beer Baron, the chilling first part of the Who Shot Mr Burns? scenario and, of course, that time when Springfield is hoodwinked by a conman monorail salesman.

I hope you enjoy dusting off your old memories of the world’s greatest TV show, just like I did.