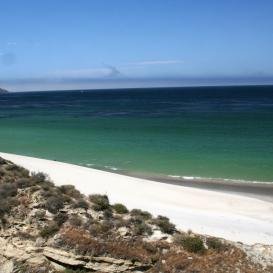 In this series we interview a person from a country outside of the UK every week for their views on life in their native country. However, this week we chat to Kettle’s women’s editor Kealie Mardell about her life now she’s moved from England to the USA.

I was born and raised in Hertfordshire, England, and lived there until I was 20.

Earlier this month I made the exciting move to Southern California!

3. Why did you move? Have you lived there before?

I took a study abroad year in Long Beach in 2013, during which I met the man who is now my fiancé. We kept up a long distance relationship for a year when I moved back to England, before deciding that I would move back over. Now we’re getting married in January!

4. What was the most difficult thing about moving away?

When I lived in California the first time, it was also the first time I moved away from home. That brought its own set of challenges but living in dorms in the university created a fun new environment that was easy to adjust to. Throughout the year, the most difficult thing was missing home comforts. Having to a wait weeks for a package to come with some Cadbury dairy milk is a trying experience!

Coming back now, it was definitely harder to leave knowing that the time until I see my family again would be a lot longer. Learning that this is home now, not England, might take some time.

5. Did you experience culture shock?

My first impression of California was that everyone was incredibly nice. It sounds silly but if you think about walking around London, and how everyone just minds their own business, to suddenly find that everyone wants to say hi and wish you a good day, it takes some getting used to. There was no real culture shock, just a few little adjustments – from greeting people, always ordering too much food, and learning that there were certain areas you just don’t go to.

The biggest difference for me was when I was studying here. The academic level and style of learning was incredible different to England. I found the classes easy, but then having the burden of weekly homework and in-class tests, something I hadn’t experienced since GCSEs!

6. Has your view of California changed now that you live there?

I’ll be honest and say that I probably had quite a stereotypical view of California before I moved. After spending time here you learn to appreciate that there’s such a wide variety of cultures and different people coming together here. It’s not all Hollywood and surfing on the beach every day!

7. How do people in California view the UK?

I found that having an English accent makes you an instant talking point in California, people love it but it also means that nobody understands you on the phone. It once took three people before a friend and I could order a glass of water, who knew our accent was that confusing?

You also encounter some stereotypical views, some of which are true (yes, I do drink tea all the time) and some that aren’t (no, I’ve never met the Queen). All in all, I felt very welcomed by people in America and many of them were excited to visit the UK one day.

8. What is a unique aspect to California that is not reported in the media?

I’d say that whatever your idea of California is, whether it’s one that was reported by the media or starred in movies; I guarantee it’s only a fraction of what California is really like. It’s really hard for me to pinpoint exactly what it is that I love about California so much, except that there is such a melting point of different cultures and lifestyles that you can’t understand unless you’ve lived here.

So rather than me tell you what’s unique about California, come and find out for yourself!

(Seriously, please visit, and when you do, bring chocolate!)

Have you moved abroad from the country you were born in? We’d love to interview you for our Worldly Wise series! Just email world@kettlemag.co.uk to get in touch.