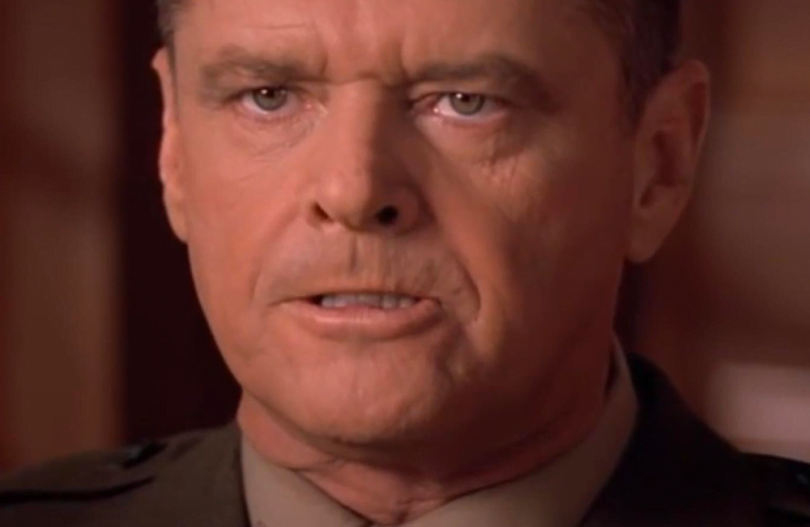 Dour, stuffy, and boring. The popular held belief of courtrooms couldn’t be more wrong. We take a look at the seven best courtroom dramas which will change your mind about everything!

When you’re a strapped for cash student, having a cousin who is a lawyer might be something of a benefit. Particularly if during a trip through Alabama, you end up accused of murder.

Billy, one of the students, asks his cousin Vinny – the fantastic Joe Pesci – to defend them. Having just passed his bar exams at the sixth attempts, the clash of cultures and personalities create an outstanding courtroom comedy in which Pesci proves to be more adept at trials than anyone thought.

Notable as well for the final screen appearance of Fred ‘Herman Munster’ Gwynne before his death.

Tom Cruise is the young defense counsel whose two US Marine clients are charged with murder, a crime which takes place as pre-infamy Guantanamo Bay.

It all goes wrong for Cruise when, among other things, a key witness commits suicide. Tom hits the bottle and has to be coaxed out by his beautiful assistant, Demi Moore. Fair play; this is after all, 1992 Demi Moore not the current Demi “Please, not plastic surgery again” Moore.

Everyone remembers Jack Nicholson’s marvellous “You want the truth? You can’t handle the truth” diatribe during his testimony which earned him an Academy Award nomination.

A fine film, even if Tom has to win. Again.

Tom Hanks and Denzel Washington star in one of the first movies to bring AIDS into the mainstream cinema. More importantly, it was also one of the first to deal with homophobia and its consequences.

Andrew Beckett (Hanks) is a wrongfully dismissed lawyer who hires the homophobic Joe Miller (Washington) to represent him. The film tracks Miller’s reactions to meeting someone with the disease, capturing the spurious fears and ignorance of the time.

Beckett wins his claim for wrongful dismissal and is awarded damages, living just long enough to learn of the verdict.

Paul Newman plays a once-promising lawyer whose career takes a downturn when he is framed for ‘jury tampering’. It’s a road which leads him to the bottom of a bottle.

Taking a medical negligence case, Newman becomes involved in intrigue, shenanigans and often both at the same time with Charlotte Rampling. Brilliantly devious as the defendants’ seductress.

Undeterred by the walls the legal establishment puts up before him – led by the magnificent James Mason as the defense attorney – Newman eventually finds the key witness as a sacked nurse. Having turned down a significant sum as an out of court settlement, justice is presumed to be served when the jury finds in the Hollywood legend’s favour although the sum of damages is never revealed.

3. Anatomy of a Murder

Based on the 1958 novel written by Michigan Supreme Court Judge John D Voelker under the pseudonym Robert Traver, about murder. The victim was shot by Lieutenant Manion in bar and the film is not so much ‘whodunnit?’ but ‘didhedoit?’

George C Scott is outstanding as the ice-cold prosecuting counsel Claude Dancer while Jimmy Stewart dazzles as defence lawyer Paul Biegler as they spar constantly to get to the bottom of the crime and whether Manion – played by Ben Gazzara – had a motive.

The twists and trials involve loose talk, loose morals and loose women but some of the language and turn of phrase is outstanding. Based on a trial in which Voelker was a defence lawyer, the film features Joseph N Welch as the judge.

Welch gained fame as the US Army Chief Counsel who asked Senator Joseph McCarthy, “At long last, have you left no sense of decency?”, during his infamous hearings in 1950s America.

2. To Kill a Mockingbird

Peck plays lawyer Atticus Finch in the Deep South who defends a black man wrongly accused of raping a white woman. As Scout, his daughter and the film’s central character, witnesses this, she and her brother Jem, also grow inquisitive about their neighbour Arthur Radley, known as ‘Boo’; Robert Duvall made his screen debut in the role.

Boo saves Jem from an attack and despite killing the assailant in the process, the Sheriff suggests that the cause of death not be attributed to Ra/dley as in the words of scout, it would be to kill a mockingbird.

To Kill a Mockingbird is also preserved in the U.S. National Film Registry.

The benchmark for any movie about the legal system. Shot almost entirely in the jury room, the 1957 film is another which the Library of Congress voted to preserve in the U.S. National Film Registry.

Henry Fonda gave one of his finest performances as Juror #8 but the tension ratchets up throughout the film, thanks to a sterling cast along with Sidney Lumet’s direction of Reginald Rose’s screenplay. Recent research by Betway suggested that there’s a 1 in 8 chance of being called up for jury duty; anybody who watched this film as preparation would have been terrified at the prospect.

The tension builds throughout with one juror after another changing their mind to join Fonda in believing that the 18-year-old defendant Not Guilty. Frustrations with the process and prejudices create a stellar drama which is unmissable.

If it’s any consolation, your jury duty may not be so demanding. You may draw the judge who in a Nottingham court answered a fraudster’s claim that he hadn’t hurt anyone, with the immortal line, “Neither did Robin Hood but nobody says he’s innocent either!”