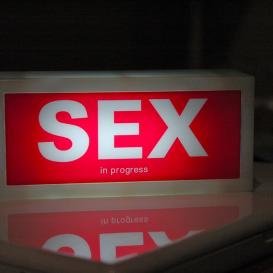 It’s fair to say that this subject isn’t something I ever thought I’d be writing about, but it’s time for me to ditch my usual talk of mental health and controversial ramblings, and delve into something a little different!

I’d love to pretend I’m a Sex In The City type; a high flying business woman sat in a coffee shop as I write this, but that couldn’t be further from the truth; I’m twenty four, I work at Nando’s and I still live with my folks.

Rule 1: Never let anybody pressure you into not using a condom.

It’s like anything in life; everyone’s pain threshold is different. Plus let’s not forget, some people like pain. For me personally then it hurt the first four or five times I did it, although it was more uncomfortable than painful. Since then it’s been fine. I mean sure, if you go a while without then it may hurt at first, so make sure you lube up! (Think how much easier it is getting a stuck ring off your finger when you use butter!)

Make sure your partner realises your concerns before you begin and have plenty of communication throughout. Let them know they have to be gentle at first and if you start to feel more comfortable, maybe let them speed up. Like any sex, you’ll only get good results if you say (or signal) what you do and don’t like.

If it’s something you’d like to try but are afraid to, I really would think about the once well-known catchphrase of Lipton’s Ice Tea; don’t knock it ‘til you’ve tried it! Although remember, just because you’ve started doesn’t mean you have to see it through until the end.

Tip: If it hurts too much, just stop.

I’ve heard and read different things from different women, most of which I can relate too. One seems to be it creating the feeling of needing to urinate. I’m the only person I’ve actually known to feel this, but a lot of women on Yahoo Answers seem to be in the same boat! It was only really a problem when I first started having this kind of sex and in retrospect I think maybe it was more psychological.

The most common thing I’ve come across though is it can make people feel like they’re about to have a number two. Gross I know, but if you’re still reading at this point you’re probably not a prude or someone that gets that grossed out! Although this can occur that doesn’t mean it happens every time. Try not to be put off by your problems, instead work through them.

Tip: Use the bathroom beforehand.