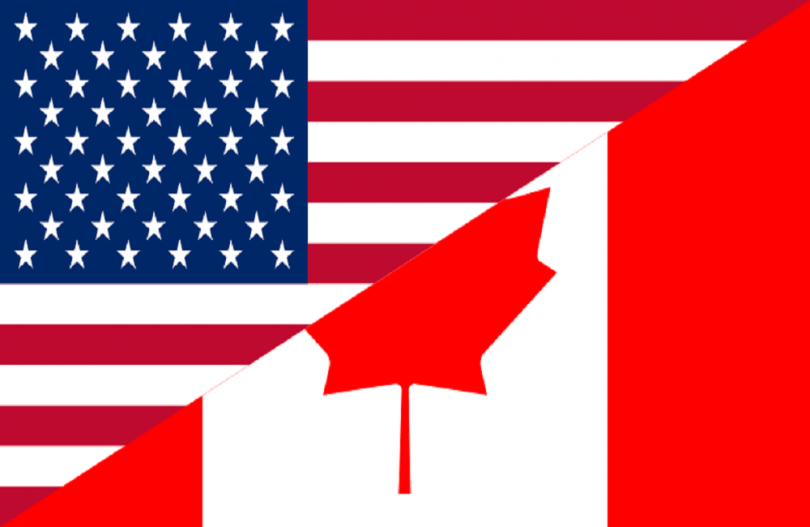 When President Trump spoke Wednesday night at a fundraiser for a Republican Senate candidate in Missouri, he spoke about the trading relationship with Canada. Yet as he spoke, he said that he made up a claim that the United States has a trade deficit with Canada, instead of a surplus.

In a recording of the remarks obtained by the Washington Post, Trump said that he told Canadian Prime Minister Justin Trudeau he was wrong after Trudeau said the US does not have a trade deficit with Canada.

Trump then said that he sent a staff member to check the claim.

While Trump acknowledged that Trudeau was right after the fact was verified, Trump said money was still being lost.

“We have no deficit, but that doesn’t include energy and timber,” Trump said. “And when you do, we lose $17 billion a year.’ It’s incredible.”

The US Trade Representative says that there was a $12.5 billion surplus with Canada in 2016. Trump however maintained that the US had a deficit with Canada, in a posting on Twitter.

We do have a Trade Deficit with Canada, as we do with almost all countries (some of them massive). P.M. Justin Trudeau of Canada, a very good guy, doesn’t like saying that Canada has a Surplus vs. the U.S.(negotiating), but they do…they almost all do…and that’s how I know!

A spokesperson for Trudeau in Ottawa deferred to the office of Foreign Affairs Minister Chrystia Freeland. Freeland’s spokesperson, Adam Austen, said the relationship between Canada and the US was beneficial and mentioned the US’ own statistics.

“Canada and the United States have a balanced and mutually beneficial trading relationship,” Austen said, when reached by email. “According to their own statistics, the US runs a trade surplus with Canada.”

Austen added that Canada was committed to modernising the North American Free Trade Agreement, or NAFTA, to support the middle class in Canada, the US and Mexico.

While Ottawa responded to the remarks from the Trump Administration, the remarks did not appear to shock Canadians. Grace Skogstad, Professor of Political Science at the University of Toronto, said Canadians were used to Trump not telling the truth.

“Canadians have become accustomed to Donald Trump saying things that aren’t true,” Skogstad said in a telephone interview. “We’ve started to understand that he doesn’t always say the truth.”

Skogstad noted that while this isn’t the first time the claim of a trade deficit had been mentioned, the fact that Trump said it was made up would have more resonance in the US than Canada.

Concerns over the relationship

The relationship between Canada and the US is seen as one of the most extensive in the world despite frictions, recently from former Prime Minister Stephen Harper and President Barack Obama.

Skogstad says however there is concern with the relationship since President Trump was sworn into office.

“Canadians have been alarmed of Trump’s language,” Skogstad said. “We’re worried about the relationship. The Canadian government has been working hard to diversify the export market – it’s difficult because Canada tends to trade the most with the countries close to it. It won’t happen overnight that we won’t become less reliant on the US market but it’s a wake-up call to Canadians.”

Indeed, when Freeland spoke in Canada’s House of Commons last summer, she said that Canada needed to set its own course.

“The fact that our friend and ally has come to question the very worth of its mantle of global leadership, puts into sharper focus the need for the rest of us to set our own clear and sovereign course,” Freeland said. “For Canada, that course must be the renewal, indeed the strengthening, of the postwar multilateral order. We will follow this path, with open hands and open hearts extended to our American friends, seeking to make common cause as we have so often in the past.”

Skogstad said Freeland’s goal to restore the international economic and political order, something that Trump has shaken up, was at the heart of that speech – adding that the issue of the state of that order has come up in light of Trump’s actions.

Yet, in spite of events like Trump’s remarks, the relationship between Canada in the US, Skogstad said, will be prosperous, even if there are short term frictions.

Skogstad adds that Canada recognises that a rules based trade relationship with the US was necessary, and the scope of that wouldn’t change, especially ahead of elections in Canada next year under election legislation.

“Were Trudeau to be defeated (though that isn’t likely), some details would change – but it’s a fundamentally important relationship,” Skogstad said. “Whatever the government, we will try to make it work. We have to make it work.”