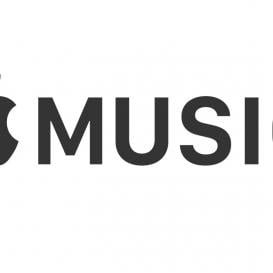 Asda was never the place to pick up the latest albums that gave you street cred. It used to be that they had a well-stocked top 40 section; you could pick up those cooler records on the fringes of the chart in every town centre up and down the country.

In 2015, supermarkets selling CDs go for the safe options exclusively. Wander into an Asda today and you will find the most successful albums of the last year – 1989, 1000 Forms of Fear, Hozier. The rest of the shelves are made up of cheap classics, variations of the Frozen OST, and compilation albums.

The latter makes sense. In an age of digital streaming, the one place we may not be so hands on with our music choices is in our cars. Compilation albums are the closest thing to shuffling you can get without having LMFAO in your car.

A number of years ago, the high street was worried about the increasing reliance on the internet for buying music. What it didn’t seem to predict was the rise in streaming services. It’s not just music – film and TV consumers have a wide array of options like Netflix and Amazon Prime.

Streaming is an incredibly modern thing the rest of the world is trying to catch up with. In July 2014, the Official Charts Company started to take streaming data into account when calculating the biggest singles of the week.

Spotify is the granddaddy of the streaming business. With 75 million active users, 20 million of which are paid subscriptions, Spotify is bloody massive. Created in 2008, it took five and a half years until there were 10 million paying users. The other 10 million signed up in the last year. You can access it on your laptop, your Android, your iPhone, your Playstation 3, your Playstation 4, your smart TV, and soon your hoover (probably).

It’s easy. You log-in, you search, and more likely than not you end up with an artist’s entire library at your finger tips (unless you’re a Neil Young fan). It doesn’t take up space on your hard drive or your phone to store songs. Most mobile phones and networks have increasingly high quality 3 and 4G connections – no matter the size of your phone, it could never contain the 30 million songs Spotify has. A 128GB phone can (only?) hold approximately 28,000 tracks. Having a streaming app frees up your phone’s storage, and gives you access to more than 29 million tracks than your phone could hold otherwise.

As with all successful monetised things, there are rivals. Tidal is a similar music streaming service, placing emphasis on the high quality of their content and certain exclusives. Prince seems to be a fan, since he’s pulled his music from all streaming sites except Tidal. Its main problem seems to be that it’s owned by a bunch of rich artists who are charging double the asking price for Spotify. Far be it from any of us to disagree with Jay-Z, and he has a point that art is having issues when it comes to getting people to pay for it, but saying #TIDALforALL seems disingenuous when it appears to be for its mega-rich owners. By comparison to Spotify’s 20 million paying customers, Tidal has around 800,000.

The recently launched Apple Music, by comparison, has 10 million subscribers already. What took Spotify five and a half years took Apple four weeks. Who knew Zane Lowe had that kind of pulling power? With its own curated radio station, Beats 1, and its willingness to listen to Taylor Swift, Apple continues its dominance of everything it touches. By contrast to Tidal’s bourgeois bunch, Apple Music has the eternally cool Run The Jewels hosting their own radio show and St Vincent personally crafting mixtapes for her fans to be played on the station. Drake dropped diss tracks, The Weeknd released Can’t Feel My Face’s video on Apple Music before anywhere else, and even Keith Richards is releasing content exclusively through the service. Apple aren’t so much reaching for the stratosphere as they are determined to take their own pictures of Pluto.

All of this suggests we are still scratching the surface of what streaming services can bring to music fans. You can’t buy weekly radio shows from your favourite artists in shops; you can’t find a device with storage large enough to hold every song that’s on a streaming service; you can’t analyse your CD collection and mentally come up with a list of similar artists you are sure you should check out using some algorithim.

With Apple Music gnashing at Spotify’s heels, we can expect both services to up their game with what they can provide. The streaming services are doing fine. The role of the physical item, the CD case, the DVD box, the artwork, are all in question, and have been for years now, but with streaming’s rise, the question of file ownership is also in question. Has streaming solved the file sharing issue? Or will materialistic urges creep back into listeners who at least want to have a folder on their computer of tunes? Whatever happens, this business model seems to be the best way to make sure money continually flows back to the artists, which can only be a good thing.

Are you a fan of online streaming services? Let us know in the comments below!