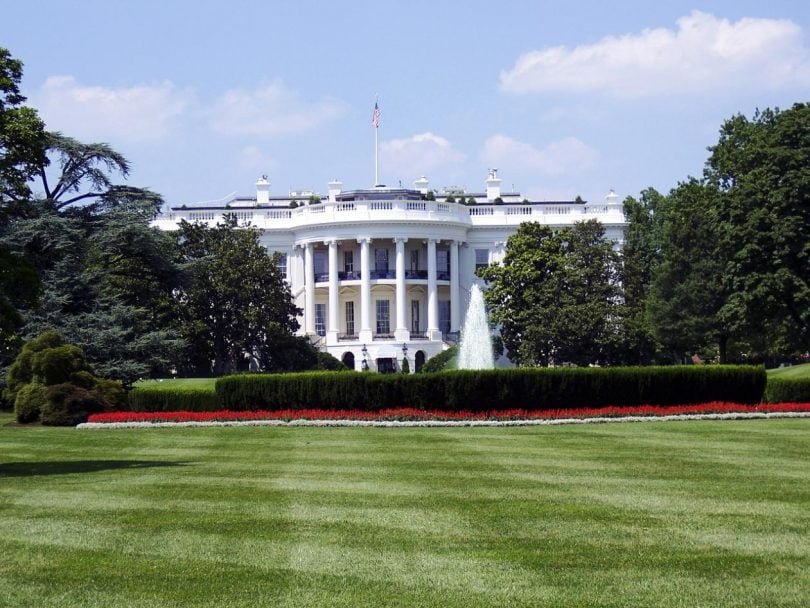 When discussing political relations between the United States and the United Kingdom, ‘special relationship’ is a term that’s thrown around a lot. Coined by Winston Churchill in 1946, its now common parlance but also treated with common scepticism; even Hugh Grant’s prime minister in Love Actually takes his turn at pulling apart what this phrase really means.

As Trump’s America becomes more and more toxic, our countries’ relationship turns from ‘special’ to ‘dangerous’, particularly if Britain must establish itself in a post-Brexit world.

The announcement that America’s military presence in Afghanistan will increase is one of many worrying moves that the UK risks being dragged into. It is the special relationship, as it manifested itself between Tony Blair and George W Bush, that led to the invasion of Iraq, part of the same War on Terror that also resulted in troops first entering Afghanistan in pursuit of Al-Qaeda.

Blair and Bush’s War on Terror has been proved to be a comprehensive and illegal failure. Not only were there no weapons of mass destruction in Iraq, but US and UK intervention in the Middle East stoked hostilities towards the West that have led to the rise of groups like ISIS. Domestically, the war proved disastrous too. Both Blair specifically, and New Labour more generally, are still tainted by their actions in the Middle East. No good came out of maintaining the special relationship here.

Though America has maintained a significant presence in Afghanistan through the Bush and Obama eras, the UK has slowly pulled out; under the coalition government in 2014, the last British combat troops left the country, with 500 remaining to provide security services and training to the Afghan military.  But with Trump’s announcement on Afghanistan, Michael Fallon, the British defence secretary, signalled that more British troops could be moved back into the area, saying that "despite the challenges, we have to stay the course in Afghanistan to help build up its fragile democracy and reduce the terrorist threat to the west."

Yet when asked, the British people repeatedly oppose military intervention in the Middle East; in 2013 around 60% opposed intervention in Syria and 53% believed the Iraq war had been wrong, whilst in 2015 48% of those questioned by LSE disapproved of involvement in Afghanistan specifically (with many more signalling they were unsure about the idea).

This becomes even more important in the wake of Brexit. With the UK’s position on the global stage precarious to say the least, Trump’s America is not a regime with which we want our country to be aligned. As Trump and Kim Jong Un play games with their nuclear weapons, the UK must distance itself from rhetoric of this kind and refuse to play ball.

Theresa May’s statement that she would provide a ‘robust response’ to North Korea only amplifies the conflict’s escalation, and Jeremy Corbyn is right to warn her against getting dragged into the argument. In fact, the best thing the UK could do would be to disarm itself of its nuclear weapons and set an example to both the US and North Korea.

A concerted effort must be made to condemn Trump’s domestic policy too. After the white supremacist violence in Charlottesville, May was too slow and far too lenient in her criticism of Trump’s reaction. Not only did her response come days after those by other political leaders, but she declined to criticise Trump directly. We saw a similarly slow and passive reaction to the Muslim ban earlier in the year.

If a special relationship does exist between our two countries, surely that gives our leaders the right to confront each other when they act wrongfully? 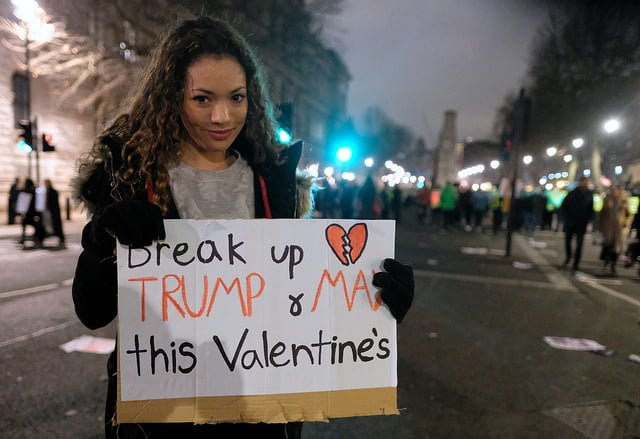 If we want to successfully establish ourselves after Brexit this should not be done by tying ourselves to Trump’s America. Brexit has stained our world image with the same populist and insular ideologies that have made America both dangerous and a laughing stock. A position as his lapdog is not a replacement for our place within the EU.

Rather than tiptoeing round America in fear of jeopardising a trade deal, the UK should stand up for itself and forge its new connections through actions that reject the cosy status quo of the special relationship.