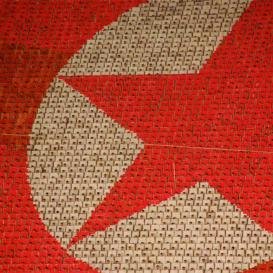 The headline news items in the past week have been fairly petrifying. Remarkably cute pictures of the latest Royal addition aside, stories of the complete collapse of the air traffic control computer system, the extent of the enhanced interrogation techniques employed by the CIA, the near miss between a commercial airliner and an unlicensed drone – they all strike the fear of God into me.

One report this week had a greater effect on me. The emerging story of the hack perpetrated by North Korea against Sony Pictures over the upcoming Seth Rogen comedy. Sony Pictures, the arm of Sony responsible for Columbia Pictures and for churning out films that include Aaron Sorkin’s Moneyball and Daniel Craig’s Bond series, was working on a film set to be fairly audacious. Starring Seth Rogen and James Franco, The Interview was meant to be released on Christmas day.

It’s plot had the potential to be funny. Two hapless journalists travel to Pyongyang to interview Kim Jong-Un, but before they leave to North Korea, the CIA makes contact and asks them to assassinate him. The film is said to include a graphic shot of KJU’s execution. Despite long standing tensions between North Korea and the Western World, the film is clearly designed as a comedy based around the premise of something so ridiculous that it’d only ever be worth considering in the context of a film.

There is now considerable and compelling evidence to support the suggestion that the blackbox dictatorship is behind the computer hacking, the information leakages and the repeated threats. North Korea issued a scathing statement promising retaliatory action if the studio pressed ahead with the film. The messages were written in Korean, but in a dialect that closely resembles the one spoke widely in North Korea. It bears technical similarities to last year’s DarkSeoul attack, which took down banking institutions and power plants in South Korea’s capital, which was also widely credited to North Korea.

Further supporting the case that the dictatorship is behind the attack is the revelation that a large portion of North Korea’s military funding has been diverted away from battalions to a cyber division. This gives rise to the altogether more terrifying question: what is the next target for the country? It is irrefutable that there are critical vulnerabilities in the computer systems of major businesses (like Sony Pictures), banks (like those who suffered in DarkSeoul), or governments (classified information has been leaked on numerous occasions by less competent hackers).

North Korea’s nuclear weapons program has been the focus of the country’s attention for a long time. It is virtually common knowledge that they are in possession of some old soviet hardware and some newer in-house warheads, although the reliability or effectiveness of their delivery mechanisms is dubious. These facts quickly become insignificant though if, for example, the country’s hugely effective hackers can seize control of the US’s nuclear systems (something not entirely improbable, given that the network controlling the land-based ICBM’s dates back to the sixties and is still reliant on floppy disks, a fact that does nothing to quell my justified unease). Even less secure are the Nuclear power stations in America, which aren’t subjected to anywhere near the same kind of congressional scrutiny that the Nuclear weapons program is.

Ever since the Korean war, which ended in ‘53 with a ceasefire and establishment of the demilitarised zone, diplomatic relations between North Korea and the west have been strained, if existent. Dennis Rodman is the closest thing to an evoy that the US has. That should terrify you. The repeated threat of retribution against the West for all manner of issues is manifesting nastily in the form of cyber terrorism and what some would call cyber war. The markers for military strength are evolving. Troop numbers are rapidly decreasing in terms of importance in the face of the threat of warfare waged on the internet. Our lives are constructed around and dependent on technology. We are all weak.