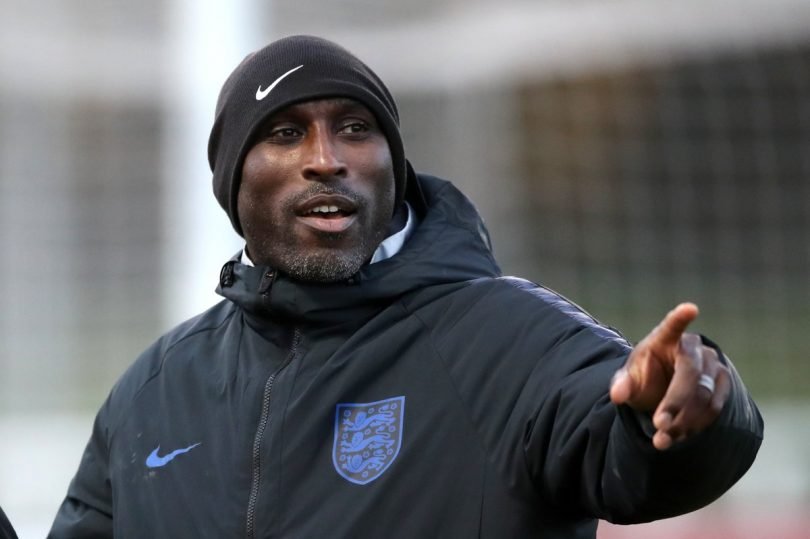 Some interesting conversations happening over the past few weeks, focused around the former international Sol Campbell. Recently he took on the Macclesfield, tasked with salvaging a disastrous season with the English side lurking in the lower regions of league two.

It’s important to remember respect, Campbell has enjoyed an enormously successful career, plenty of silverware to show for it, however that’s no why we are here. It’s well documented Campbell has spent some time adding to his CV, UEFA pro licence being a highlight to the text, so in terms of employment prospects that is more likely to put you ahead of the applicants.

In this case though there was speculation of inequality, Steven Gerrard taking on the Rangers job and Thierry Henry taking on the challenge of salvaging the great AS Monaco from their existing downward spiral.

Before I begin however I feel it’s important to state my view point in terms of this subject, I very much agree that there is still way too much racism within football, I recently read the Secret Footballer and he quoted a written song made up for Campbell by Spurs fan, which i may add was beyond horrendous so a fine example as to how much work needs to be done in that department. It would be inappropriate for me to even paraphrase at this time.

In Campbell’s case though I feel that we are very much a lifetime away from inequality. Its well documented that any prospective employers search is only half made up of what qualifications you possess, the rest is having a look at your attitude to the task at hand, more importantly characteristics and  and in the former england international’s case he is found wanting. Take his quote on the England captaincy, his allegation was “I believe if I was white, I would have been England captain for more than 10 years – it’s as simple as that,” which was as mentioned simply and allegation, there was no substance to that he simply said that.

Another point of concern was the affair when he was overlooked for the Oxford role, he mentioned that he claimed that clubs are afraid to appoint “one of the greatest minds in football” which again has all the signs of a bad attitude. The strongest and most alarming concern in the case of his recent appointment, he took on a 10 minute press conference (which he was late for) where on one occasion he mentioned how he didnt want relegation on his CV, also stating how that the league two side are getting one of the greatest footballers in the world.

Overall this equation has very little to do with actual inequality, his lack of employment and potentially not getting the england captain job would point towards an attitude that would not be fitting of the role of coaching a group of players.