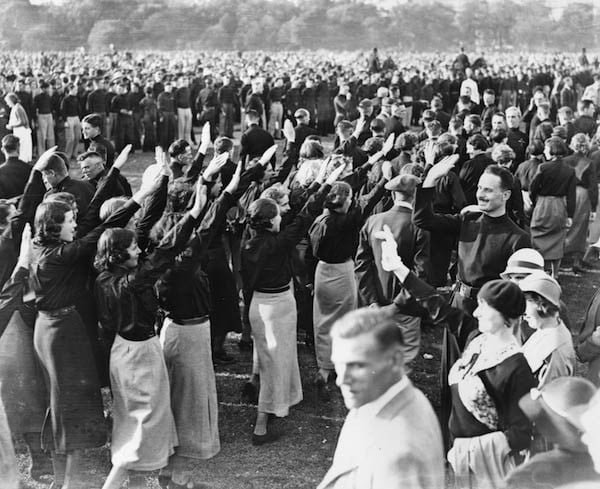 The UK, when compared with its international counter-parts, is generally quite calm. That being, both today and in the past, ‘radical’ politics has not entered the political mainstream or establishment. Our major political parties have acquired such a political capital – in terms of embedded support, infrastructure, institutional links and financing – that external threats can be largely blockaded from entering.

Are British parties innately more resilient against such forces? Or do the central tenets of our political culture prescribe the fate of radicalism before it is able to fully begin? Does radicalism simply not ‘fit in’ with who we are? I believe the answer to the exceedingly more precarious than these safe stories. Radicalism is more than capable of entering the mainstream, and it is due only to a series of fortunate events that we have been able to believe the reverse. This luck may have just run out.

The events of the early 20th century provide a revealing insight into the preconditions of radicalism. Radicalism emerged from the socio-political fallout of the First World War. The climate of the nations – especially the defeated – provided legitimacy and appeal to radical politics: a lingering shame and desire to reconstruct national prestige; a sense of betrayal; a growing disillusionment with the established forces that entered the war initially; economic carnage and unpredictability; the belief that swift action, rather than deliberation and consideration, was necessary. These sentiments and conditions were felt most strongly within countries which soon spawned radical regimes: Germany, Italy and Russia. Similar waves did not reach the UK with the same force, aided largely by the country’s winning position. Radical organisations certainly emerged in the UK after – largely in reaction to the apparent ineptitude of the proceeding governments in clearing the war’s aftermath and legacy – but they were unable to capture the wider public attention. Conditions were not dire enough for the majority to turn to the political fringes for answers.

The UK has been fortunate in this regard. No other event since has had the same radical potential. Except for one, very recent, slowly unfolding development: Brexit. Under the presumption that the state of Brexit negotiations continues – agonisingly slow and fruitless –, that the worst deal is agreed, and if the worst socio-economic predictions are incorporated, similar preconditions for radicalism will rise. In this regard, certain parallels, whilst not immediately apparent, can be drawn between the aftermath of the First World War (and other similarly politically seismic events) and the potentials of Brexit.

Take the motivations behind Brexit. A desire for national sovereignty; a more distinct identity; a sense of carving one’s own destiny; economic and political independence. It is now the established institutions and parties responsibility to make real these desires. As is the usual tale with parties, however, such issues have instead become bogged down in the point-scoring and short-sightedness of party politics. The more ‘meta’ dilemmas of identity and destiny have been translated into real-world politics again; something which a referendum, operating above parties, was seemingly meant to transcend.

Furthermore, there is the added feeling that parties are performing like this at the expensive of the nation’s international standing and reputation; that they corrode the country they seemingly serve. If one cannot achieve goals through the standard political procedure, it can be tempting to operate outside it. In other words, ditching dilapidated parties to some organisation or movement that could deliver what was originally desires.

If the worst economic predictions are considered too, radical sentiments are even more likely to spread. Harsher economic conditions coerce individuals – both concerned for themselves and those around them – to seek any alternative which may alleviate their physical state. It will be easy to associate the political parties and figures who led to that point with the situation itself. It would become easier to view radical alternatives – those pledging for national reconstruction and regeneration above party lines – as feasible. This, of course, is not to say that the UK’s economy will dive to levels seen during the previously described kinds of crisis. But, a negative change is still negative one: people will remember what they used to possess compared with now, and attempt to find a route back.

During uncertain times, the rigidity and order demonstrated by radical groups can be appealing. They provide a certainty over the disarray of conventional politics. Their focus on the wider collective group allows individuals to find their ‘place’ – to no longer feel disenfranchised and isolated from the mainstream, and nestle into a community with a specific purpose. A national identity becomes much easier to associate with once parties begin to identify with nothing, other than internal feuding.

Something is certainly coming if Brexit turns sour. The tremors can already be felt. I have noticed a recent rise in the number of identitarian, nationalist groups over social media and the internet, disregarding the current system in favour of decisive action and identity. The underground radicals of the early 20th century emerged and grew in bars, clubs and amongst the elite. Today, the same variants instead accumulate online.

This is not a prediction. Brexit leaves us at a junction with many different paths to take. This is one of them; one that could very easily be followed.