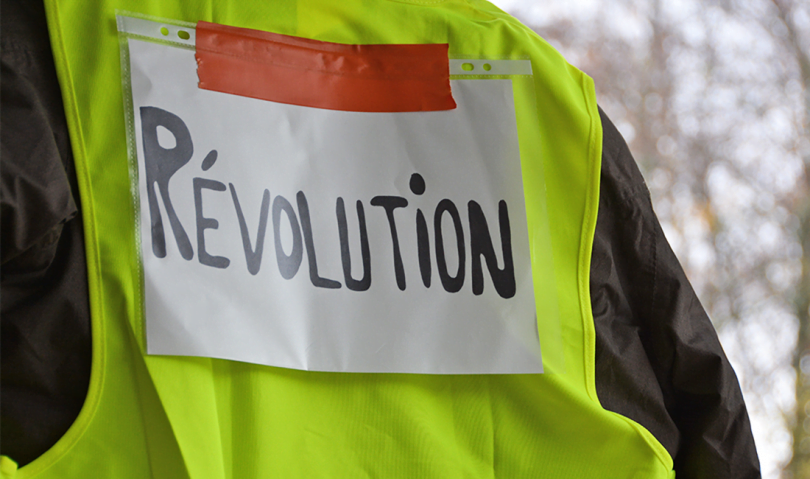 Calls for change in the West have been ignored for too long. It’s no wonder we’re seeing the rise of political extremism.

When the UK voted to leave the EU, followed shortly by Donald Trump being elected President of the US, the dominant rhetoric was that the ‘liberal elite’ had been toppled. Finally, change was coming.

To a lesser extent, the same principle had been voiced when Jeremy Corbyn was elected leader of the Labour Party (twice), and when Bernie Sanders was in the running to be the Democratic candidate for the presidency.

What all these developments share is their anti-establishment nature. They are welcomed (or reviled) for challenging the status-quo, standing up for those lingering at the side-lines of society who are forgotten by the ruling liberal elite. This elite, the rhetoric goes, look after their own interests and only pay lip service to those outside their inner circle.

Self-proclaimed challengers of the liberal elite wear the label as an armour, claiming to speak for all those who have been ‘left behind’. They invite the public to join them in their mission to create a supposedly more equal society. People such as Tommy Robinson in the UK or neo-Nazi groups in the US march through cities demanding change, justice and the toppling of the establishment.

Tommy Robinson’s appointment as an advisor to UKIP demonstrates just how far right he has travelled. Even Nigel Farage has quit the party over its anti-Muslim ‘fixation’, something that is surely going to be fuelled by Robinson.

After the UK voted to leave the EU is seemed as though UKIP’s job was done. The decision to call a referendum was itself a result of simmering discontent from those on the further right of the Conservative Party, a call for change that could no longer be ignored.

For reasons not entirely apparent, the far right appear to be gaining ground quicker than the far-left. Perhaps it is because their more violent tactics and displays of force often draw media attention. Far-left organisations yield much less coverage. Momentum, the left-wing pressure group closely associated with Corbyn, are probably the best-known ‘far left’ organisation in the UK, and many would struggle to name a similar group in the US.

Why, when it comes to the far right, are we so much more aware of it? Are they more dangerous? Do they pose more of a threat? Some would argue that they do. Trump’s election was aided by pressure groups and individuals whose views can fairly be labelled as extreme. The growth of UKIP was aided by groups such as the English Defence League and British National Party rallying to their aid. UKIP presented the first genuine, credible political party that was further right than the Conservative Party and espoused some of the views they wanted to see taken seriously.

Both the US and the UK can be accused of having ignored calls for change for too long, allowing simmering resentment to bubble up into fully fledged activism in the form of marches, protests and clashes with counter-rallies and -protests.

It is vital not to make Trump or UKIP synonymous with right-wing extremism more broadly. Whilst members of UKIP and members of the Trump administration have incited violence and shared racist rhetoric, not all individuals in these group share these views. Like all politics, each of these groups and their members exist on a spectrum.

The risk is that the longer these groups are ostracised, ridiculed or made to feel like the outsiders they claim to be, the greater the risk of retaliation. The far right rallies in London both led by and in support of Tommy Robinson, and the Charlottesville white supremacist rally in the US, demonstrate the reach the ideology has. It is arguable that the press coverage also works to worsen the situation. By covering the rallies, they are showing onlookers with similar views that they are legitimate and there are people who think like they do. Simultaneously the coverage can demonise the groups, radicalising them more and pushing them further to the fringes of society.

To stem the tide of extremism our politicians must take assertive action that addresses credible concerns and complaints whilst having a zero-tolerance policy against discrimination, abuse and violence.

Calls for change must be answered. Not necessarily by enacting that change (as David Cameron discovered to his peril when he called a referendum on our EU membership), but by addressing the place those concerns come from. Some will say that certain people’s minds can’t be changed, but even getting the message across to just a few people can help shift public opinion back towards the mainstream.

This isn’t to say that mainstream opinion is always right, but it is where compromise can be found. There is a concept called the Overton window, which suggests that an idea’s political viability depends on whether it falls within the window which can shift depending on the political climate. There was a time when the idea of Trump becoming president would have been virtually inconceivable, until the Overton window shifted to make the notion less alien.

The Overton window needs to be shifted back to a space where extremist groups are not given a platform or incentive to share their views in ways which incite hatred and violence. The risk then is that because they are being further side-lined they return with a vengeance once the window shifts again. The hope is that because those views are no longer part of the political discourse, the space will not exist for radicalisation to occur and those on the fringes of society can re-enter and participate in mainstream politics.