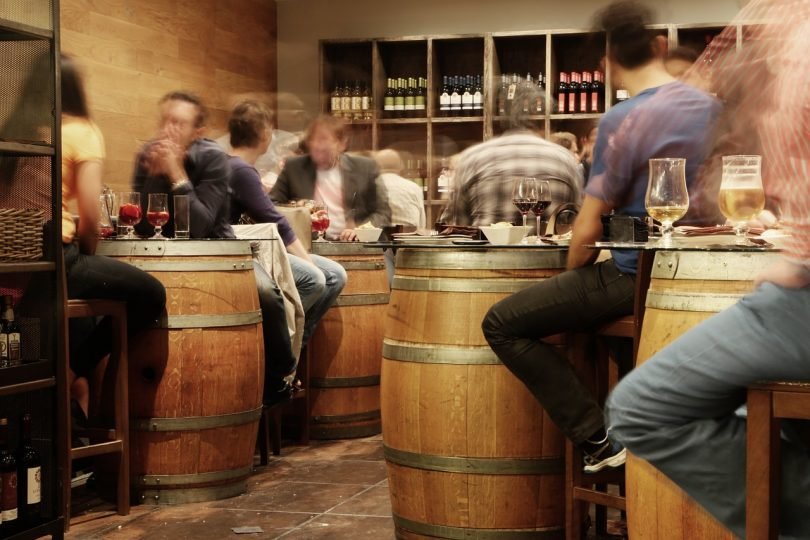 Britain is developing a love affair with beer, with an increased popularity of craft brews using local ingredients. Beer often has a bad reputation associated with cheap lager being downed by students, and if you mention ale many think of old men in a dark corner of a dingy pub.

But you couldn’t be more wrong.

There is another side of the beer industry which is taking the UK by storm. Craft beers and micro-brewery communities can be found around the world, and now England is looking locally to brew up something special. This rise in popularity is great for restaurants, events and even beer gas suppliers.

Taking a step away from pubs and into restaurants, beer is no longer just a pub drink while you’re watching the footy. With a variety of styles and flavours it’s something to be enjoyed. While you might expect to see people pairing their meals with the right wine, there’s a similar nature arising for beers.

One recent case is in Hertfordshire, where diners at Andrei Lussmann’s award winning restaurants have taken a liking to a local ale. The Classic English Ale was launched last year by the 3 Brewers at Symonds Hyde, and has become one of the most popular drinks at the restaurants in St Albans and Harpenden.

Following its success, Andrei and new head chef Richard Cramer, have been creating beer lists for the restaurants. Take a step back from the mainstream names and consider the likes of Meantime’s Pale Ale and Porter from Greenwich, Grain’s Blonde Ash and Stough from Norfolk, Freedom Pilsner from Straffordshire, and St Peter’s Organist Best Bitter from Suffolk.

At monthly events a main dish is paired with both a beer and a wine, so diners can get a taste of the options available. Some of the suggestions are Blonde Ash with Norfolk Mussels, and Cornish mackerel with 3 Brewers Golden English Ale.

The 3 Brewers was opened by Mark Fanner and brothers Pete and Nick Zivkocvik, in the Old Potato Shed on Symonds Hyde Farm in Hatfield. Using just English ingredients and locally-grown malts and hops, they created the popular Classic English Ale and Golden English Ale, which are available on draught and by the bottle.

Their passion for the beer revolution is paying off, with further plans to expand the basement of the restaurant at the Waxhouse Gate location in St Albans into a craft beer bar. This will offer visitors a taste of local brewsin a different setting to your typical British pub.

My passion for beer was sent spiralling during a study abroad year in Southern California, which has a thriving craft beer scene. I was whisked away from the weak lagers of England and found myself exploring the world of ales, pilsners, IPAs, stouts, porters and more. I visited breweries and tap rooms, learning about the origins of different styles and flavours.

While this could sound like a foreign language to those who have steered clear of beer, it doesn’t have to be. Discover a local pub or restaurant which offers craft beers and just get tasting. Look for tasting sessions and advice from the pros if you’re unsure where to start. You might even be lucky enough to find a brewery near you, as more are cropping up around the country.

It’s a taste adventure that could open up your dining experiences and drinking horizons.

What do you think? Have you had craft beer? Have your say in the comments section below.