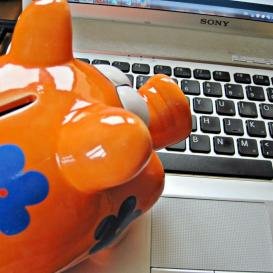 We’ve heard a lot about this ‘paywall’.

The Sun made headlines last month when it announced it would be taking down its paywall, and more recently the News UK Chief announced he would not rule out doing the same to The Times paywall.

You no longer have to subscribe to get news, hurrah! So what’s all the fuss about?

What’s the point of a paywall?

A paywall is a tool used on sites (particularly news sites) where the reader must pay to read certain stories. This helps newspapers make money (obviously) but also means there are often less advertisements so the reader can enjoy their news uninterrupted.

By taking down its paywall, The Sun is ultimately announcing the likelihood of more ads on their website – not great news for us readers.

It might entice us to read a story, but with all those ads, the quality of the site deteriorates. It has also been reported that in the last few months the number of users with ad blocks installed on their devices has increased, creating a cash flow problem for the advertisements, and therefore for the site.

It’s really easy to play the ignorance game when any knowledge produced is locked behind a paywall.

The Guardian has come up with a nifty trick of ad block shaming you. If you use an ad block tool while accessing The Guardian website, a notification will pop up saying “How rude of you to use ad block, you are the reason media is becoming filled with fast paced garbage, and you should respect the in depth reporting The Guardian provides its readers.” Or… something to that effect.

It then suggests a small donation to the site as payment for your ignorance which, when you’re a media editor and still using ad block, is a fair price.

The Guardian and Mail’s free strategy is vindicated but the market for advertising is now even more competitive: https://t.co/sW6XgrIETC

In 2014, 47% of people interviewed subscribed to a digital news service, according to statista.com. This is while 18% of web users claim to use ad blocking software. With such a high figure of subscribers, and a growing number of ad block users, it seems like a rash decision for The Sun to scrap the measure.

Giving a new freedom to non-paying customers is great, but maybe The Sun should go over and take a leaf out of The Guardian’s book.

Should we be paying to read our news? Or are we entitled to it so long as the adverts remain? Leave your views in the comment section below!