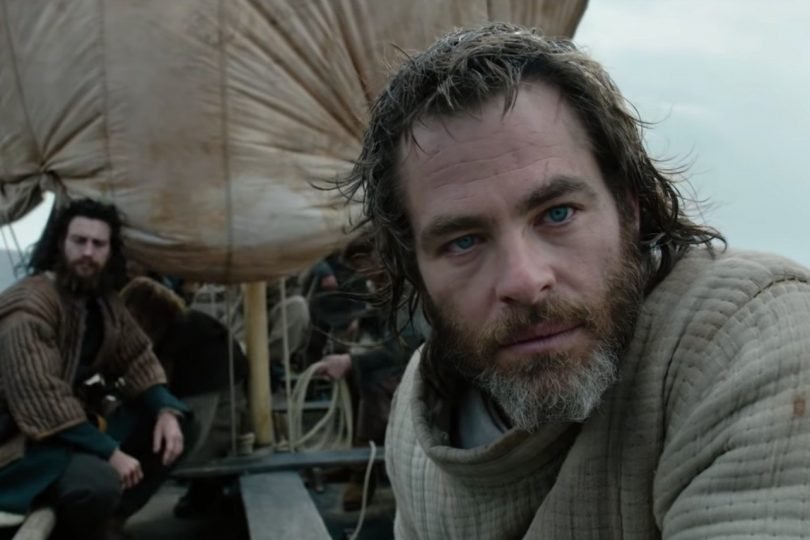 Naturally there is going to be a bias tone to this review, historical films tend to inspire the natural underdog engrained in the scottish psyche.

When it comes to The Outlaw King though, casting left a question mark for me, Californian Chris Pine is a perfectly capable actor in his own right, a highlight being the series of Star Trek of course, but what stopped Netflix looking closer to home for a lead actor is beyond me. In this case though he has somehow shed the traditional californian sunny attitude,  producing a reasonably convincing accent (anything is better than Mel Gibson) and the right contemptuous and resentful demeanor when called upon.

The storytelling is rushed, we begin with meeting Robert and his fellow nobles surrendering to Edward I and returning to the King’s Peace, there is a wonderfully blended environment where the camera is almost like another member of the cast, joining in with the merriment. Rushing through the historical moments the movie makes a very real effort to remain loyal to its historical roots, however vague they currently are. Supporting cast in the form of Elizabeth De Burgh (played by the magnificent Florence Pugh) Billy Howle as the weak Prince of Wales and Game of Thrones actor Stephen Dillane playing the ruthless Edward Longshanks.

Throughout the movie it illustrates fine moments of research and attention to detail, weddings, funerals and gloriously played out battle’s keep you entertained (easily spotted rubber swords took away the authenticity mind you)

In Outlaw King, Edward I responds to Bruce’s coronation by ‘raising the dragon’, a banner whose use meant no mercy was to be shown. This may seem like a creation of the scriptwriter, but the English kings did indeed have a dragon banner 1/9 #OutlawKing #medievaltwitter pic.twitter.com/1L2GlCePVW

You get the feeling though that there’s something missing, like expectation to pack it full of action and gore strips the movie of much needed narrative, almost like someone has printed out the wikipedia page and handed it to all the actors.

With the cast available a more in depth script would have provided this talented bunch an opportunity to produce a more compelling storyline. Perhaps a two part effort?

Overall a excellent option for anyone looking for something that doesn’t sap too much brain power, with a history lesson thrown into the mix.