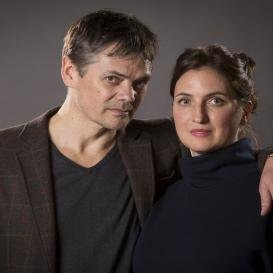 For the last two and a half years the script writers for The Archers – a radio soap opera, set in Ambridge, have been working on a coercive control, domestic abuse storyline involving the evil Rob Titchener and his wife Helen (nee Archer). There are many fans who tweet along with the episodes as one big Archers community. Fans often take to Twitter after an episode to air their views.

On Sunday night,Twitter was in Ambridge meltdown.

Too good to be true

When these two characters, Rob and Helen, first crossed paths, the writers cleverly had us listeners wondering if he was just what Helen, single mother of Henry, needed or was he just too good to be true. We wanted to believe there was someone who would look out for her, share her passion for cheese-making and family life – just as she did.

But we weren’t in as deep as Helen and we could see things unravelling long before Ms Archer could. In the last two years we began to see Rob for what he was: a controlling monster who managed to fool Helen, her parents and most of her friends. He isolated her, pushed her into marriage, raped her, resulting in pregnancy (or as he chillingly put it last night just before he was stabbed, ‘the night I gave you our son’), forced her to stay at home, took away her car keys, controlled her phone and began to make arrangements for sending her five year old son off to boarding school without even discussing it.

There are plenty other events that have happened over the course of the storyline but at the risk of my blood pressure I cannot risk putting them down.

So it was no surprise then that Twitter went into meltdown on the evening when Helen fought back. Not just with a tuna bake (inside joke I’m afraid, oh how we cheered when we found that was in the oven!) but once she knew her son was at risk she took that kitchen knife and defended herself. The knife Rob had put in her hand so that she could kill herself after he found out she wanted to leave him. To quote Rob, “That’s the only way I am ever letting you go.”

Now Archers’ fans have long been wags on Twitter but the way they rallied round over Helen last night was heartwarming.

From shock to jesting about the pie in the oven, to offering to lie for her in court – the Archers addicts surpassed themselves.

Of course we all know this is a radio soap. We know that Helen and Rob are characters acting out their lines. But this stroyline is very real to a great number of people out there in the real world. And it needed to be brought to the fore. The awareness of domestic abuse both emotional and physical has been highlighted throughout this story. A listener, Paul Trueman, began a JustGiving donation page for Refuge which by the time of publication was standing at just over £93,000. He tweeted last night after the episode had been aired.

To which I replied, “And silently cheering.”

While listening in bed to the episode on the podcast, I gasped when that knife came out and I cheered when she stabbed him – and then I felt that was wrong to be glad he had possibly been killed. But that, I’m afraid, is how horrendous Helen’s predicament had been.

We wished him dead but we also wanted him brought to justice. We wanted justice for all those Helen’s (and Henry’s) out there who had suffered/were suffering/and may suffer in the future – but we also wanted him out of their lives and ours. No more listening to ‘there’s a good girl’ or ‘sit Helen’. She was free.

Rob should write a book “chat up lines for dummies”#thearchers

Or as free as you get when you’ve just stabbed your partner in front of your five year old son.

And until tonight’s episode we won’t know if he is dead or just wounded.

Thank goodness for some light relief from Pam Ayres.

And t-shirts were being ‘produced’ showing support

And QCs were ready to defend her:

I know we are not allowed to tout, but I am more than prepared to represent Helen, along with most of the criminal bar…

As we all were:

#Thearchers Ok Archer Fans let’s get our alibi straight: We were ALL at The Bull & saw Rob stand up shout “I’m off to Peru forever!” & leave

Of course it’s human nature to make light of soaps and situations even if it’s just to make us feel brighter and that is what many on Twitter were doing last night. The full horror of real life situations were not forgotten though.

The Chief Executive of Refuge, Sandra Horley CBE stated: “Helen’s situation mirrors what so many abused women feel and experience everyday. It is important to remember that research shows an abused woman is at most risk at the point of separation. This storyline simply reflects the reality for many women today and I congratulate the scriptwriter’s for highlighting a much ignored issue.”

Well said. Congratulations to for Louisa Patikas and Timothy Watson for bringing the characters to life. Patikas met women who suffered in a similar way and the script writers worked closely with women’s charities and various expert advisors. It paid off.

You can catch up on the Helen and Rob story here.

The Archers airs Sunday – Friday 7pm with an omnibus edition Sunday 10am on Radio 4.

For those suffering domestic abuse either physically or emotionally, there is support available at bbc.co.uk/actionline or you can ring the BBC Action Line on 0800 888 809 and listen to recorded advice.

Have your say on the Rob and Helen storyline in the comments section below.