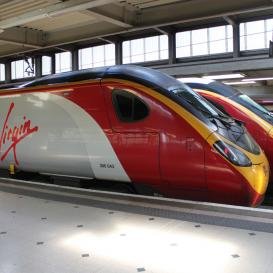 Monday morning, 7:30am. The commuters of the world fall out of their warm houses, leaving behind the beautiful scent of burned toast, clutching the Daily Mail or a Kindle on their way to the train station.

For most of the people who have to commute to work in the UK, the biggest challenge of the day is actually getting to the desk. Forget the boredom of photocopying, the patronising team meetings and the relentless attention from the office pervert – nothing can compare to the joy of rounding the corner to be faced with the welcoming facia of Watford Junction which immediately fills each and every one of you with hatred…

I detest stations. They’re unnecessarily filled with a fearsome array of shops, ticket booths, intimidating football fans and drunks; each causing you to trip over the small child that’s having a very public walking lesson in the middle of the concourse.

Inevitably, once you’ve finally arrived in something resembling the ticket booths, you’re greeted with a horrendous queue. I wouldn’t bother with time saving ticketing tricks if I were you, it simply leads to waiting while trying to fathom what the ‘Customer Experience Assistant’ is mumbling… fills you with hope, doesn’t it?

Eventually, after having to remortgage your house to afford the ticket, the time has come to get pushed down the stairs onto the platform where the realisation that it’s delayed hits you like the train itself.

It’s 6am and I’m on a train. This is the first time in my life I’ve understood the need for a morning coffee ?

After too much staring at watches and casual platform pacing, the train comes into view. Japan has the Bullet Train, Germany has the I.C.E, France has the TGV and England has a man with a beard more commonly known as Richard Branson. What Rich does is take a reasonably fast train, paint it red, fill it with pretty attentive staff and then put it on the National Rail Network which is like falling for a very pretty woman and then discovering she’s from Thailand.

Boarding through the sea of suitcases and flying laptop bags and kicking yourself for even thinking that you could get a seat, you settle into the corner between the drug dealer and the disabled toilet. Before you even have a chance to put your iPod in and forget that you ever lived, you’re drowned in a wave of irrelevant announcements. “Please do not block the aisles”, “Please give up your seat for the elderly”, “Please re-evaluate your life” and most tragically, “We are now approaching Stoke-on-Trent”. It seems like the only purpose of these announcements is to highlight the fact that it’s impossible to rely on anybody to use their common sense – but that’s a whole other article.

So why is it so unbelievably awful? Why do we face poor infrastructure? Poor staff? No seats? I think we need to turn and look at the people who run the railways. Once upon a time – well before 1993 – the railways were nationalised and were known for long delays, strikes and elderly rolling stock. Unsurprisingly, most of this downfall occurred under the reign of Mrs Thatcher. The change was implemented, however, by her successor John Major. Today trains are run by different businesses such as Beardy Branson’s Virgin, each of which have their own idea of how the railway should run. Some feel that seats aren’t important, others feel that they can charge whatever they want for tickets. CrossCountry Trains once charged £1,002 for a ticket from Newquay to Kyle of Lochalsh in Scotland and no-one bought one – need we wonder why!

After privatisation, the running of the infrastructure was transferred to Railtrack who succeeded in being heavily prosecuted and were somewhat liable for the deaths and injuries of many people in the Southall, Ladbroke Grove and Hatfield train crashes. Consequently, this resulted in the morphing of Railtrack into Network Rail who were immediately prosecuted as a consequence of the Potters Bar train crash in 2002.

Fastforward to 2015 and railways are still in a bad way. Safety has improved dramatically but some of the most controversial decisions of the past few months are down to – guess who? Yes – the Government. Now it’s the responsibility of Dave and the rest of those down in Westminster.

One of the most high profile failures was the retraction of the franchise for the operation of the West Coast Main Line which is a railway passing through many delightful towns such as Wolverhampton and Milton Keynes. After holding the franchise since 1997, Virgin Trains lost it to First Group to the angry sound of our good friend Dick Branson and our anoraked, real ale drinking, retired trainspotting community. This was then retracted by the government less than 2 months later, stating the competition for the franchise had been cancelled due to major flaws identified in First Group’s bid. The person responsible for fronting this announcement was Mr Cameron’s transport secretary, Patrick McLoughlin.

Patrick, who has as much charisma as a telegraph pole, has now announced to us innocent, anguished souls that as a result of this ‘fiasco’ – it will cost the taxpayer £100 million. It seems like there’s no chance of ticket prices falling any time soon.

The great Patrick McLoughlin says you shouldn’t fly to Sharm by air. Flying any other way is fine presumably. @BBCr4today

These baffling government decisions are becoming more common with the controversy over the High Speed 2 rail link crossing straight through the middle of family farms. On top of this was the controversial decision not to award the £1.4 billion contract to Bombardier Transportation in Derby to build a new order of trains at the plant, losing 1400 jobs for the city, but instead opting for manufacturer Siemens to construct the trains in Germany. Bombardier is hopeful for two further contracts to be awarded by the government, but considering the recent history it isn’t looking promising.

So there you have it. The fact is that like most things in Britain, the fault always lies with the Government. If I was to offer a solution it would be along the lines of individual aluminium shells which don’t have to run on rails but have tyres and can go wherever they want. This means that all the stresses can be removed from the torture of train travel and everyone can go about their business by themselves. Seriously, why hasn’t anybody thought of this before?

Do you commute to work? What are your thoughts on Britain’s railways? Let us know in the comments below!