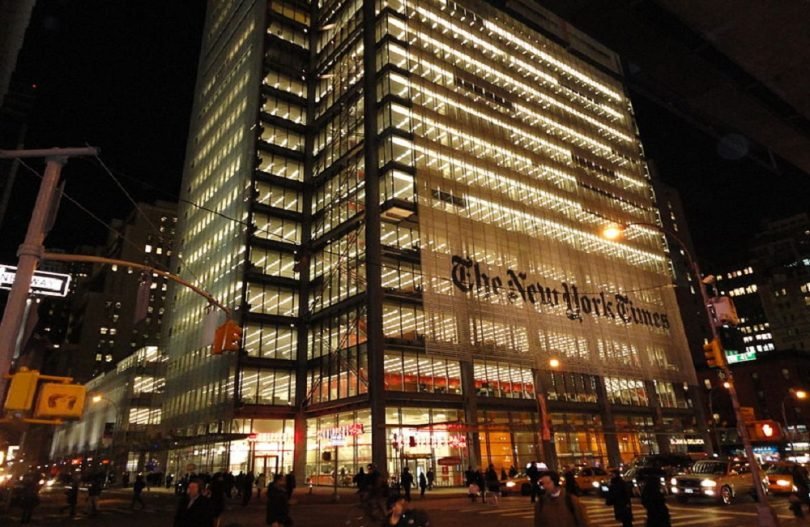 During the Oscars, the New York Times launched a new marketing campaign with various voices explaining the news with voices and topics that make up the newspaper.

The Times is one of the news outlets that has been the target of negative comments from the Trump administration for reporting what they say are “alternative facts”. A number of other major news outlets have also been accused of being 'fake' –  CNN, MSNBC, Fox, and BuzzFeed to name a few.

Let's analyse this so we can fully understand what it has to show us in its small, half-minute long spot on TV.

“The Truth is our nation is more divided than ever”

A recent Pew Research poll of US consumers found this statement to be true. Many people have said that when they find out they know those who are Donald Trump supporters or even just voted for him feel that they don’t want to speak to those people any further.

But let's look at this campaign in terms of the general purpose of such efforts. Making money, and in this case, getting more subscribers. It is, however, also a look back on the changing of tides that the media has faced since this election campaign started last year. With the rise of “right” politics, you can understand where they are coming from in this video.

The campaign also shows that there is more than one voice coming from the outlet, a frustration among voters in 2016 that outlets were not treating the candidates fairly. It shows statements relating to various events in the past year that could just as easily have come from either Democrat or Republican writers.

In fact, it has been suggested that Donald Trump got more airtime than Hillary Clinton because of his outlandish remarks. It resonates with them but appears to also say to non-readers or non-regular readers of the outlet that they care about what they are doing, which is something other outlets have not done yet. After all of this, the message can be driven to mean multiple things if you think hard enough about it.

Visually, the video has a simple look to it that makes it easy to understand for everyone and kick started the conversation about its purpose and what the media is facing in the United States with being called liars. But this also appeared to take on a worldwide conversation online with other people looking towards the Times and other news stations for some kind of gathered leadership into how to fix what is going on and how to move forward, not as seperate stations, but together with one common consensus and goal in mind.

It gave a personal touch to the video too with the "truth mattering now more than ever", not only because this is a news outlet that was there the whole way through the election, but in that can also be udnerstood that the writers behind these stories are also regular people who put their shoes on in the morning and get angry about things.

Thus, “The truth is hard to find – to know – is more important now than ever.”