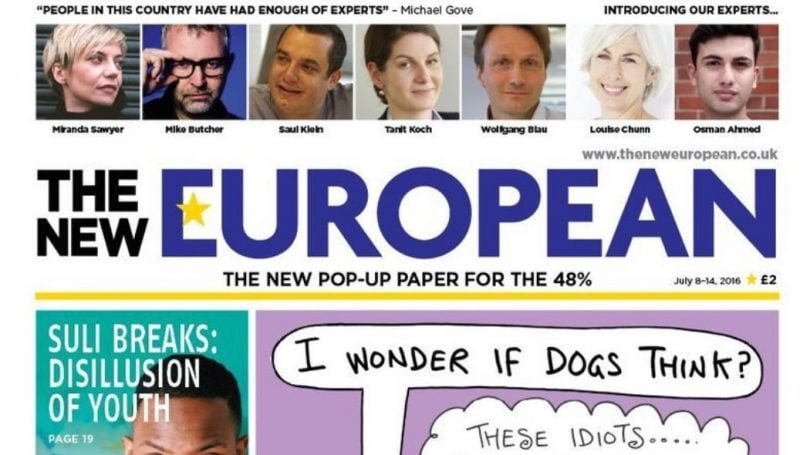 Pro-remain weekly The New European (TNE) celebrated its first birthday this week, showing that pop-up publications can perhaps be viable in the long term.

The weekly, which is published by local media and magazine publisher Archant, looks set to be a permanent fixture for the near future thanks to a growing number of regular subscribers. The publication’s subscriber base is currently around 5,500 – a number which is rising by between 100 and 150 each week.

Circulation is, however, “volatile” according to the paper’s editor Matt Kelly, even though it normally sells between 20,000 and 25,000 copies a week and has a wealthy and affluent readership. In an interview with Press Gazette, Kelly commented that there were two key factors in attracting readers with each edition: “one is, whether there’s any real buzz in the UK political scene that week and the other is whether we have nailed a good cover”.

The months ahead certainly do seem much brighter than other recent attempts at launching a pop-up paper – Trinity Mirror’s New Day folded after just nine weeks, while the CN Group’s recent attempt at launching a daily national paper for the north of England only lasted a month.

The fastest that a paper has ever been brought to market in the UK, TNE hit the shelves just nine days after its conception. Kelly revealed that it began life as “the essence of an idea”, without input from focus groups or market research – the target audience was simply “the 48%” who voted to remain in the EU during the referendum on 23 June 2016.

The paper arguably still has little in the way of a social media presence or online strategy and “very little” marketing budget. This may have in some ways contributed to its success. As Kelly told Buzzfeed News, “I think every other mainstream media [outlet] is very mindful of the fact that their audience is very divided. Our audience isn’t – it’s 100% against Brexit”.

Perhaps in a reverse of the strategy for many publications, the paper’s website, which itself only launched a number of weeks after the title had gone to print, is not the main force for promoting the papers content. Many articles are either only added to the site a week after they have appeared to the paper and some are never published online, with the website serving as a sampler of the papers content and encouraging visitors to buy or subscribe to the print edition.

Judging the book by its cover

Perhaps what TNE has become best known for is its striking front pages, in which Kelly and the team invest a “huge amount of time”. Prominent examples include the day after the General Election in June, when the front page showed the door of 10 Downing Street vandalised with the words “bloody idiot”, and an edition published in February with the headline ‘Is Trump a Fascist?’, which placed the barcode under Trump's nose in an attempt to evoke images of Adolf Hitler. 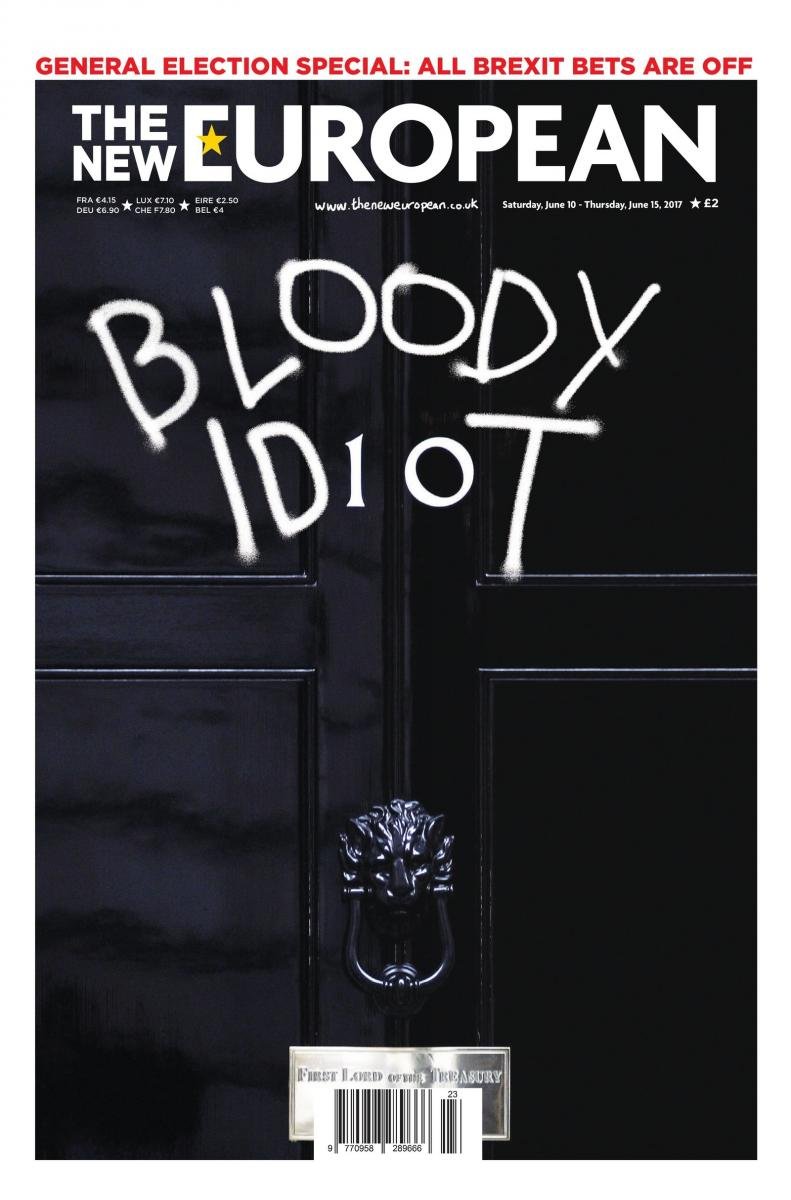 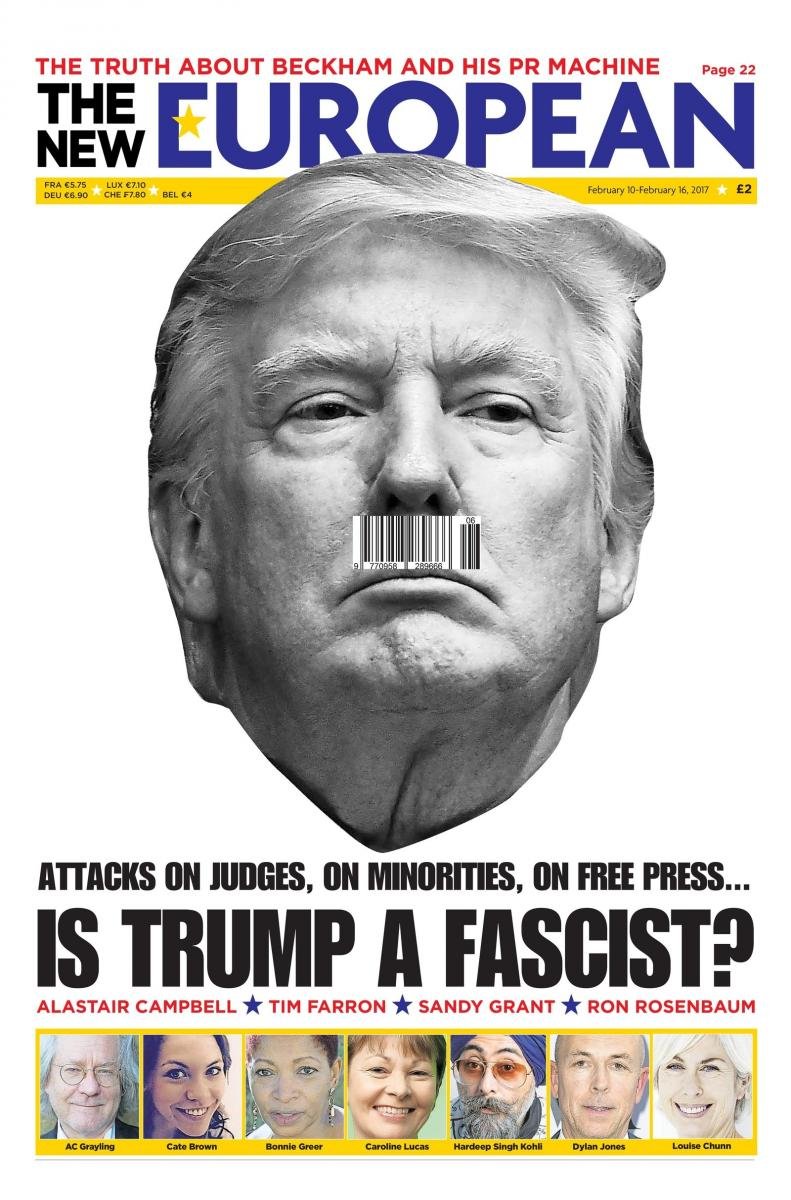 Such eye-grabbing front images have undoubtedly helped to catch the eye of shoppers on the shelves, but equally a cover that has been wrongly pitched or stands out less can drive down the paper’s sales for that week. The risk of using cartoons and satirical imagery on the front page also requires careful scrutiny to avoid causing offence.

A lack of awareness?

Awareness of the publication may also be lacking among sectors of the public and even the media industry. The Drum Deputy Editor Cameron Clarke found that when he asked a major advertising company about the title, he found out that it was not widely known and few companies had expressed an interest in ad space. As such, the publication is reliant mainly on its £2 cover price and the cost of subscriptions for revenue, a decision which has raised enough revenue to make it "commercially stable".

Public awareness, important for boosting both sales and circulation, will also have to be boosted to further expand the paper’s circulation. Its Editor at Large, former spin doctor Alastair Campbell, has previously also expressed frustration at TNE’s lack of coverage in the BBC and Sky paper reviews, despite the number of press awards it has won including from the Editors' Society and the PPA.

With the Guardian’s change from Berliner to Tabloid format later this year (TNE is currently printed at the Guardian), The New European will also change to Tabloid format and printing will move in house. The move will cut costs and potentially free up more money to invest in the publication itself.

With the possibility of this extra funding and its increasing popularity, the paper’s digital content could perhaps be one area up for improvement – at the moment the majority of digital content available on tablets is only available in a PDF format and the mobile app only enables digital reading of the print editions of the paper.

For the most part, it looks as if The New European will continue in the way it started and take every single day as it comes. As Kelly told Mediatel: “the most liberating part of the whole thing was this idea of pop-up publishing and if it didn’t succeed it wasn’t a disaster. If it runs out of steam, that was baked into the plan from day one.”