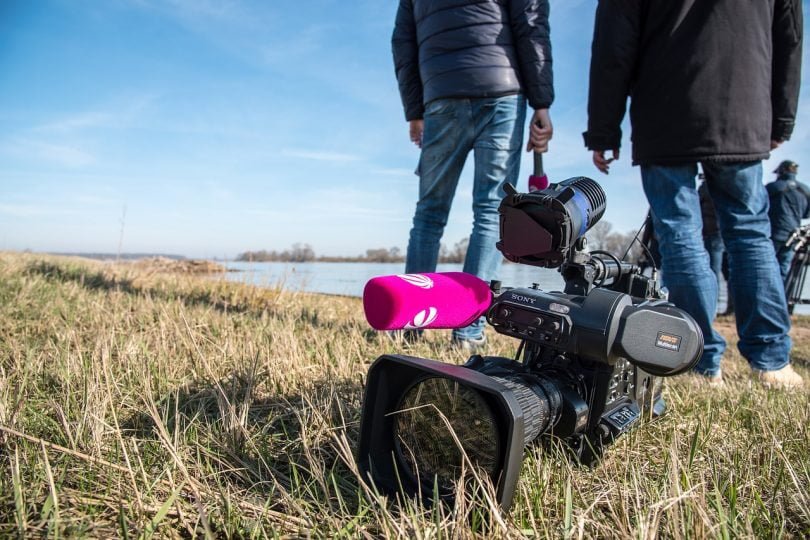 Following a year of fake news, how much can we look to the media for accurate and impartial reporting on world events, and how much of a responsibility do they have to do that?

If there’s one thing we can be sure of in these strange, often disturbing, times, it’s this: 2017 has been the year of ‘fake news’. Described as “false, often sensational, information disseminated under the guise of news reporting”, use of the term has risen by 365% in the past year. An increase unsurprisingly fuelled largely by world politics.

‘Fake news’ fast became a favourite expression of Donald Trump during his turbulent ascent to the presidency of the US, often in response to defamatory news reports. More recently, the term was named as ‘Word of the Year’ by Collins Dictionary– a testament to its enduring prominence throughout the last year.

Now, though, it seems that the term is being used against President Trump. Helen Newstead, Collins’ head of language content, suggested that repeated use of the term has contributed to “the undermining of society’s trust in news reporting”. In the UK, both the BBC and Channel 4 are publicly owned. ITV and Channel 5 are similarly obliged towards the public sector, as contracted within their license to broadcast.

Furthermore, private outlets are often sponsored by major corporations, many of which have governmental connections, or carry an agenda to which the news must cater. Often implicitly, outlets will cater their news accordingly so as not to lose their sponsorship– for, without it, they cease to exist.

As a result, it can be difficult to source objective news reporting: government funded outlets often won’t broadcast anything against the government, whereas privately owned/funded outlets will often report with a bias (either informed personally, or by their main source of investment).

In addition, the majority of independent publications rely heavily on selling advertising space to fund their publications, but economic strains and ad-blocking software are making this increasingly difficult.

Research from advertising specialist Teads found that, in 2015, 62% of adults did not know that advertising was the main source of revenue for around half of UK newspapers, and 75% of online outlets. Furthermore, the vast majority of adults believed that free/low-cost newspapers were a pivotal part of society, yet of the 15% who had downloaded ad-blocking software, 12% favoured low cost publications.

It’s a vicious cycle; the media relies on funding from external sources that often harbour ideologies that inhibit the broadcasting of objective news, which is what we seek.

Fortunately, nowadays, it is becoming increasingly easier to uncover the sources of news reporting, and the agendas behind them– not only in terms of outlet, but also individuals.

Recently, newly appointed editor of Gay Times Magazine, Josh Rivers, was suspended from the role, as tirade of unfavourable tweets was unearthed after he had been in the position for less than a month. Upon his appointment, Rivers suggested that he had been promoted as a result of his “keen eye for detail, well-honed leadership skills and the ability to execute [his] vision.”

The tweets, published between 2010 and 2015, harboured strong racist, ableist, misogynistic and anti-Semitic ideals; one can imagine as vastly different from those that he promised to promote when taking the position as editor. Subsequently, the magazine publicly condemned the tweets and distanced itself from Rivers completely.

But, had those tweets not been uncovered, no one would ever have known, and Rivers would have carried on the job, earning a presumably weighty salary, and publishing material that would “best serve the magazine’s diverse and culturally inquisitive audience.”

This is just one example of the problem at hand, and it only came to light because of Rivers’ irresponsible use of social media. So, the question remains, how many others say one thing to the world and another behind closed doors?

It is an epidemic that’s out of our control, and not a new one at that.  But, thanks to the internet and readily available information, we do have the means to investigate just where our news is coming from. Not only can we track down sources and funding but through poorly curated social media accounts, and years worth of digital traces, we can often unveil the face behind the mask of those who run the media.

And it’s often not a pretty one.

Let’s use it to our advantage. Let’s not believe wholeheartedly in everything we hear. Let’s consider the other side. Let’s make our own judgements, and cast away the prejudiced ideas of those who want to make a few cheap bucks at the expense of truth.