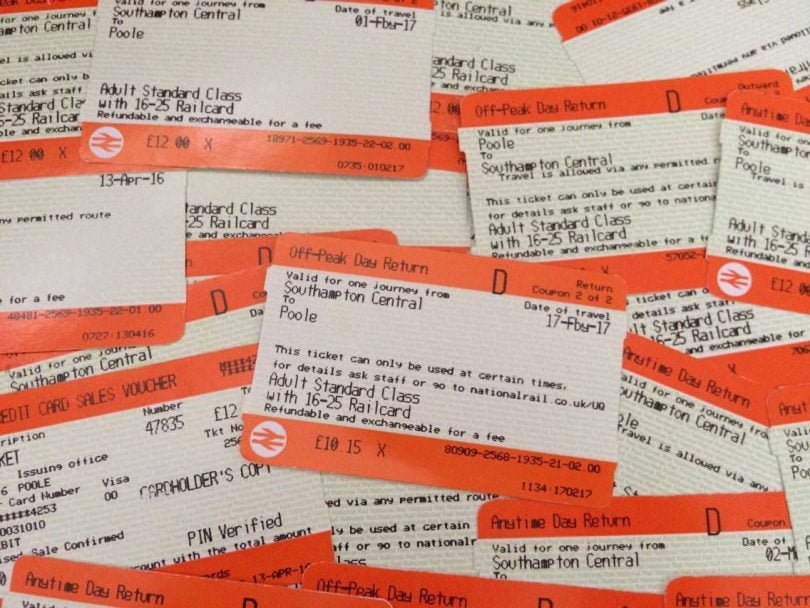 The early mornings, the constant clock watching and the tiny naps on the train, is it all worth it? This question comes to my mind at least twelve times a day, but I remind myself that it has saved me a lot of money last year. So much, that I was able to go on three holidays and that is what I tell people that ask: “How can you commute all the time?”

Although commuting life can be somewhat hard and difficult at times, seeing your bank balance makes all the early mornings worth it. You get used to waking up in the dark and also going home in the dark. The winter months can be the worse at times, especially when you hear that six o’clock alarm going off and the urge to snooze that is so overpowering. The sound of the rain tipping it down outside and the dark morning when you open your eyes and see no signs of life.

You have to be mentally strong to drag yourself out of your bed and not think about the extra hour and a half you could have had if you lived in student accommodation. The one thing that got me through that is picturing the sun and keep saying to yourself that it will all be worth it in the end.

My first year at university, I lived in Southampton. I wanted the whole student halls experience and that is exactly what I got. The endless amount of washing up in the sink is not a myth, it is real – the trail of grated cheese and the smell of mould will for sure end up in your halls experience.

The milk thief is also real; I know this because I am guilty of this crime. I always said no one better not use my milk, however, sometimes you got to do what you got to do and steal a little milk for your morning cup of tea. I was sure that I would not become the milk thief, but as a broke and poor student who is dying of thirst for my morning cup of tea, you are left with no choice.

For the second year, I decided to commute. I only lived 48 minutes away by train or an hour away if I got the stopping service train. I thought it was bearable and it turns out it was not that bad after all. You get used to missing out on course nights out and being tagged in drunken pictures. I guess I am lucky to have such a strong network of friends back at home that I already experience all of that with them.

I am in my final year of university and finish in May, and am currently saving up for a year in Australia next year. I would have not saved as much as I have now if it was not for commuting. The experience of commuting is not as bad as I thought, you get used to train delays, the London Waterloo commuters getting all the good seats next to the window and the constant clock watching.

My life pretty much at the moment revolves around being on time for everything. I know it takes me exactly sixteen minutes to walk from the train station to the university, but that’s only if I speed walk. Whereas to get to the train station I would have to have a clear twenty minutes to catch the train, as long as the traffic lights are red and I do not lose my ticket at the bottom of my bag.

The live updates section on the train website definitely helps – you don’t mind it being three minutes late when you are walking there. It means I can take a less stressful walk and take it slow without getting a stitch as I normally do if I am running late.

It is all about timing with commuting. If you want to catch the early train and not sit in the cold train station of an extra twenty minutes, which I could be half way home by then, it can be frustrating. Timing is key and you have to be good at it, time how long it takes you to get to and from the station and after that timing everything will be easy.

Amazon Prime can also help on the journeys, downloading films offline and watching them on the train makes time fly must faster, trust me. You must bring earphones on every commute, it is the only thing that will get you through it. Music is also a good source of taking your mind of the commute.

Reading books can help also, as well as a travel cup, you will pick up tips and tricks along the way. For example, on my train journey I know if I want a seat do not line up for the third carriage. This is always the quiet zone and also the carriage that stops in the middle of each platform.

The majority of people always go for this one and you will not get a seat. Watch the carriages go by before they stop and judge where the empty seats are and if there is a lot of people standing up ready to leave, the more people standing, the more chance there is of you getting a seat.

If you are someone that is saving for something or are just tight with your money, then I would recommend commuting. My timetable for university at the moment means I only have to wake at six twice a week, but if your timetable means getting up five times a week that early, well then, good luck.

If you add up the pros and cons then it really is not that bad. It is all worth it in the end.