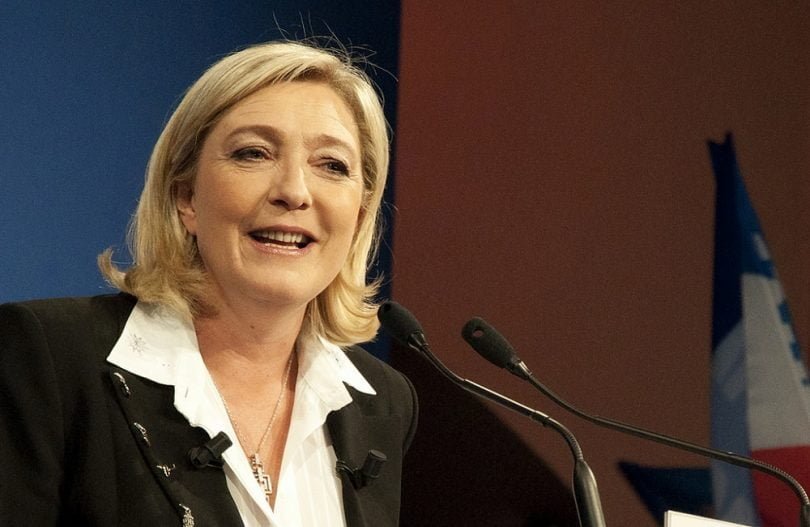 Marine Le Pen announced on Monday that she would be temporarily stepping down as the leader of the far-right National Front party. The decision came one day after the run off vote which saw Emmanuel Macron beat Le Pen by 2.7%.

Le Pen's extraordinary decision to ditch her party in the name of 'unity' as she puts it, has puzzled many. Someone who has always fought with such a hard-line in so many aspects has produced a huge U-turn in an attempt to woo the electorate.

An electorate, it must be said, that in the light of the terror attacks dating back to Charlie Hebdo, have warmed to Marine and her policy which promises to do all it can to keep France safe in the face of Islamic terrorism.

Not to be underestimated

To combat the centrist Macron and his moderate policies Le Pen knows that she must level the playing field. Her father before her failed in a presidential bid under the same political banner and she knows if she is going to reach the run off voters she must change.

She must diversify and present a united front to the French population. An estimated 7-9% of the population are Muslim and there is a need to make those citizens feel welcome under the Le Pen umbrella and not outside on the fringes.

Keeping that demographic of people at a distant pushes them further towards Macron and another Presidential loss for a National Front leader.

Le Pen is smart, meticulous, articulate and politically savvy, she is not to be underestimated as this move shows.

People were scared and anxious when her father pushed for the Presidency because of his support, but he did not understand the need to adjust his position in order to gain the votes needed – she does.

The final vote will be held on May 7th with Macron pushing his moderate views and Le Pen now focusing on unity and security, two things that the electorate will always get behind.