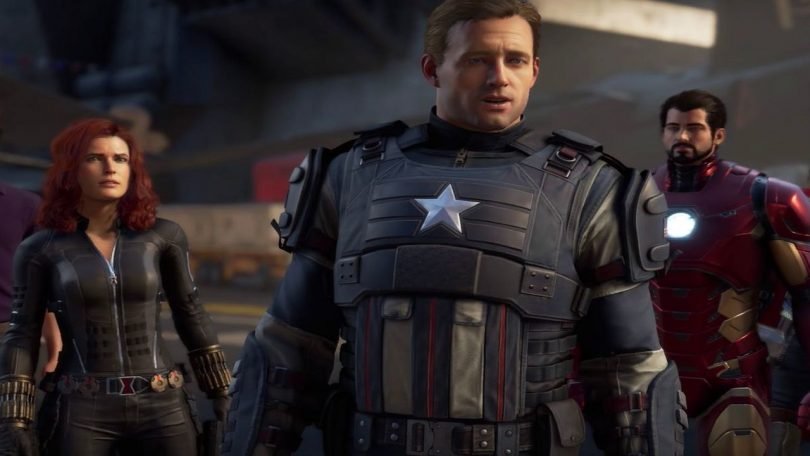 The infinity saga has closed its doors with Spiderman Far From Home and Marvel fans around the world are eagerly awaiting what is next from the franchise. But with the announcement of the Avengers title at E3, we have plenty to be excited about as we take the characters from the big screen and into our homes like never before, and this is only the beginning! Here, we will be giving you the latest information regarding the Marvel universe as well as everything you have to look forward too!

Since it was first teased in 2017, 2018’s E3 convention had been and gone and still no mention of the title, but as of E3 2019, we got what we had been waiting for! With a 3-minute 18-second trailer launching during E3, we got the first glimpse of one of the highly anticipated game releases in recent history. With all our favourite characters pictures at A day, we see them jump into action on the golden gate bridge. But that is about all we get. But with the release of the Spiderman game in September of 2018 that contained a number of easter eggs suggesting that there may be more planned for the franchise. With many diehard fans beginning to question a wide range of variables surrounding the upcoming release there are a number of us who are wondering if the Marvel franchise is planning on replicating the success of the Marvel cinematic universe across a number of leading platform games, and I for one and here for it!

Though there are already a number of popular titles available for fans such as VR games like Marvel Powers United or themed online games like slots with Marvel-inspired titles such as Captain America, there are many who believe the new Avengers title could be the Kickstarter for the Marvel gaming universe. But what do we have to go off of? For the eagle eye amongst us that have also taken the time to delve into the Spiderman September 2018 release, there are a number of mentions that seem to be connecting this title to the Avenger release.

If you are looking into the small details that connect the titles not only are the animation styles similar, but the Avengers East Coast HQ is a permanent fixture in the title. But there are also a number of other connections. With both games sharing the same villain and crystal dynamics neither confirming nor denying the connection, we are very excited to see whether our fan theories are true!

Can It Replicate The Success Of The MCU?

Though this is all very exciting, is it possible for Marvel to replicate the success of the Marvel cinematic universe that has been a key part of cinema history for the last 11 years. With the infinity saga (phases 1,2 and 3) spanning this length of times and grossing billions in the box office, many are wondering whether they can replicate this with the same outstanding results. Though many of us were expecting the game to be a direct copy of the films, it appears that Square Inc has had other ideas generating characters that steer away from the Avengers you know and love on screen. However, you will not be compromising on the story as the opening trailer appears to put you right into the thick of the action from the get-go, which is what we have come to expect.

Other Marvel Titles To Look Forward Too!

Though there have been countless Lego titles with these loveable characters, we are yet to see a platform game with our favourite superheroes, but following the success of the Infinity Saga and the recent announcement of phase four, there is an abundance of games either set to release or currently in the works.

One of the most highly anticipated games set to release alongside the Avengers title in 2020 is the Ironman VR title on PlayStation. Though it may have seemed like the end of the beloved character during Endgame, he is back and you can step inside the suit in this brand new title. You can not only fly around Stark tower and explore you can fight off enemies just like Ironman in the ultimate immersive experience. Whether you are a fan of the films or not, this is something that everyone will love providing you with the perfect family-friendly game for adults and children of all ages.

A Potential Guardians Of The Galaxy Title

Another title that may be worth getting excited about is the potential Guardians Of The Galaxy title. With rumour resurfacing from 2017 of Deus Ex and Eidos Montreal working on this next major title. Though this is only pure speculation, this is something that could become a reality depending on the success of the other leading marvel titles. Though it is possible for Canadian studio square inc to take the reins on this project following their partnership with Marvel, it is not worth getting excited yet as it is still unknown as to whether or not the project has the green light from any that are rumoured to be involved.

With this in mind, Marvel fans around the world have plenty to look forward to as they begin to delve into some of the latest titles with their favourite heroes! Which of these titles will you be trying first?