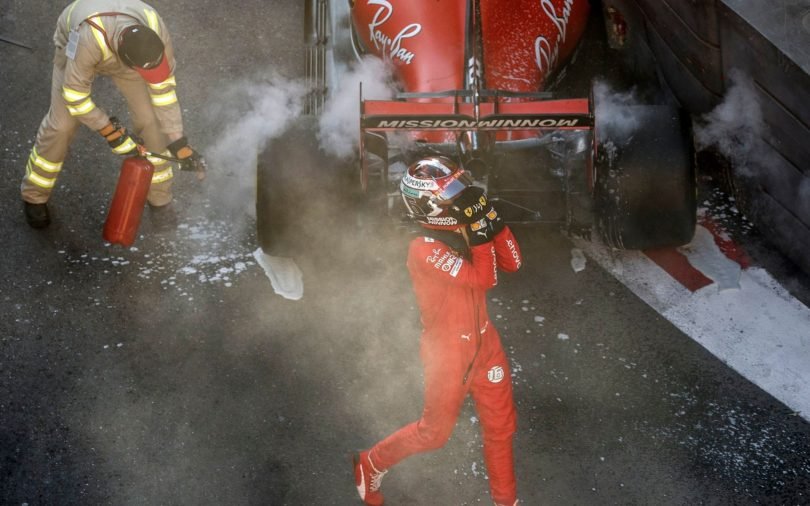 After all the hype last Sunday was somewhat underwhelming. Baku seemed to blow all its chaos during practice and qualifying. Friday in particular seemed to set an all too familiar tone to the weekend as we saw FP1 cancelled, a wrecked Williams, and a flatbed lorry crashing into a bridge. Then, of course, two red flags in qualifying as the twisty castle section bamboozled drivers at both ends of the grid in Leclerc and Kubica. Although the chaos failed to translate into the race as perhaps many expected, Baku’s fourth Grand Prix did raise some important questions going forward.

Four races four Mercedes 1-2 finishes. Is this season already over? It would seem so. Mercedes now tower 74 points ahead of Ferrari in the constructor standings. In the driver championship, Sebastian Vettel is a full 35 points behind championship leader Valtteri Bottas. Ferrari’s early season form has surely cost them. Even if they were to mount something of a recovery in raw pace, Mercedes will no doubt be improving too. Spain will also surely promise more of the same from the Silver Arrows. A traditional Mercedes stronghold, Ferrari have not won a single race in Barcelona over the entire the turbo-hybrid era. Accordingly, it seems four 1-2 finishes is likely to become five. I don’t think it’s undue to call it now: Mercedes are going to win the constructors championship and the drivers championship will be won by Lewis Hamilton. Or will it?

Can Valtteri go the distance?

No, probably not anyway. For all the hype around the fresh, bearded, porridge-eating Bottas that turned up for 2019, Lewis still has to be the overwhelming favourite to become six-time world champion come the end of the season. Has Bottas 2.0 been impressive? Yes. Has he beaten Hamilton? Yes. On merit? Yes. But can he keep it up and go toe to toe for a whole season? Many would heavily doubt it. Consistency is what makes champions and can we really expect Valtteri to beat Lewis across an entire 21 race season? Naturally, it’s a huge challenge but let’s hope he’s up to the task. At this point, anything to even partially break the Hamilton/Mercedes monopoly will certainly be welcome. Bottas will no doubt be the fan favourite for the title, everyone will be hoping he can prove the critics wrong and create a great spectacle for the neutral.

During winter testing and certainly in the period leading up to it, many had Renault or Haas tipped to battle it out for 6th place and the title of best of the rest. Equally, there was a degree of pessimism over the performance of Mclaren after winter testing. Strangely, however, there seems to have been something of a reversal of fortunes thus far, with many of these predictions proving totally upside down. Mclaren have shown impressive pace bar China, with Norris, in particular, impressing in his rookie season. The Woking-based outfit now sit 4th in the constructor standings on 18 points. Renault and Haas comparatively have proved lacklustre. Last weekend, for instance, marked another disappointing showing as both teams fell well adrift of the points. What were our pre-season ‘favourites’ now languish in 7th and 8th with 12 and 8 points respectively. It will certainly be interesting to see if current form continues. If it does, heads will surely roll at both teams.

What can we expect going forwards then? Of course next week is Barcelona so we should be in for more of the same Mercedes dominance. After that, though we head to Monaco, probably the Silver Arrows’ weakest track on the current calendar. A chance for a reprieve perhaps? Red Bull will likely be favourites there. It’ll also surely be a huge chance for Gasly to prove himself and salvage his season somewhat. Likewise for Ferrari. So let’s hope, it’ll be good to see another team stand on the top step of the podium. 2019 certainly isn’t shaping up to be the season so many thought it would be.