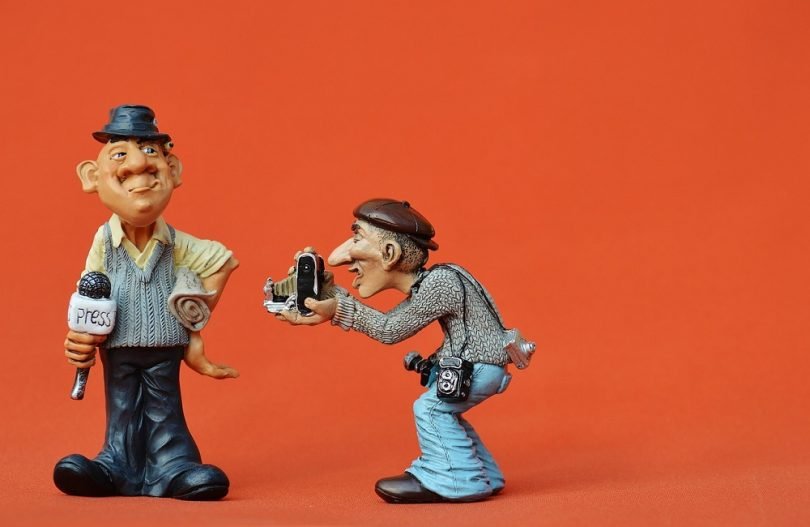 A plumber who uses cheap materials may cause a flood. A taxi driver who speeds may cause a crash. A surgeon who doesn’t wash their hands may cause an infection. Likewise, a journalist who cuts corners may cause trouble or even harm.

Throughout the 19th and early 20th centuries, the press in the US was predominately partisan and inflammatory. Newspapers openly sided with political parties and tried to outdo each other with sensationalism instead of facts.

Then, professional journalism organizations began creating sets of best practices or ethics codes throughout the 20th century. The most well-known of these codes is from the Society of Professional Journalists (SPJ).

While it’s difficult to chart the specific course each news organisation took over the years, the norm shifted to journalists becoming more and more impartial. The thought was that unbiased and responsible journalism leads to a well-informed public that makes sound decisions.

In other words, responsible journalism is thought to be the backbone and foundation of a healthy democracy.

The SPJ Code of Ethics is a document that changes as time goes by and new challenges are faced by journalists. When it was first adopted in the 1920s, radio news was in its infancy. Then, television news brought the challenges of live video and visual storytelling to the forefront of the debate.

Most recently, the internet and social media were addressed in the Code.

The document is made up of an introduction, four main principles known as tenets that contain supporting principles, and a footnote. The Society’s governing body adopted the current Code in 2014, and it was mainly compiled by about 20 journalists with input from hundreds of people.

The four main tenets encapsulate what is considered the hallmarks of responsible and ethics journalism: seek truth and report it, minimize harm, act independently, and be accountable and transparent.

In general, seek truth and report it addresses the main responsibilities of journalists, which is to look at situations or events and sort fact from fiction. Then, the journalist needs to deliver those facts to the public.

Sometimes the pursuit of truth can be harmful, however. The harm can range from people being uncomfortable with journalists asking questions to the resulting stories causing people to lose their jobs or even going to jail. The key is to not cause needless damage.

Journalists should also be independent and – in some ways – detached from the subjects they’re reporting on. People shouldn’t have to worry that the person investigating the local council is also a member of the panel.

Finally, journalists should be up front about mistakes and transparent about potential conflicts of interests. The public deserves honest reporting and honest journalists.

The hope is that journalists who follow these best practices will produce quality stories that inform the public about their community, region and world. Then, when those people go about their day or walk into a voting station, they are armed with the best and most accurate information to make decisions.

Journalism is currently undergoing a transition, however. People who owned news organisations used to be able to let their reporters work with relatively few restrictions or concern for the budget, because media was a very profitable business. There was money to spare and to support expensive quality journalism.

Now, media isn’t as profitable and the owners of news organisations expect their journalists to help protect profits. Sometimes this means these organizations ignore best practices and produce irresponsible journalism.

Fortunately, irresponsible journalism is still the minority of produced stories. Most journalists are still committed to ethical reporting, which is good news for everyone.

Andrew Seaman is the chairman of the Ethics Committee of the Society of Professional Journalists in the United States. He is also a senior medical journalist with Reuters in New York.