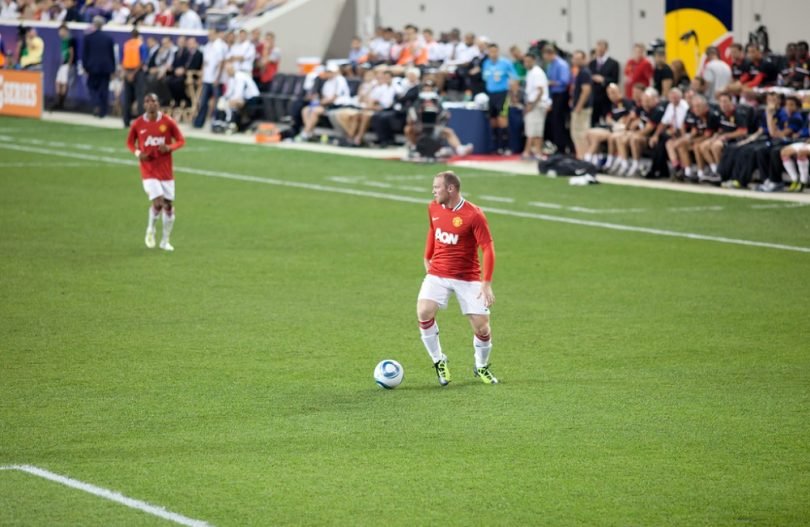 Wayne Rooney was once the name that every opposition fan and player feared. His strength and power bullied defenders throughout England and Europe. Football fanatics to this day will still remember his Champions League debut, where the young Scouser scored a superb hat-trick against a seasoned, but on this night, hapless, Fenerbahçe defence.

But the last two months have been hard on 30-year-old Wayne Rooney. Whilst he remains captain of both Manchester United and England, he is no longer the force that has for so long been synonymous with his reputation.

Rooney has found himself benched at club and national level. His general play is lethargic, his first touch has slackened, and arguably most strikingly, the goals are drying up.

The 30-year-old’s position in the game is under immense pressure.

Whilst football is a young man’s game, modern technology’s influence on player fitness is extending the careers of professionals well past Rooney’s age. 30 is a goal target for the season, not an age to fear.

But in Rooney’s case, fitness has always been a more complex issue.

In the same year, Sir Alex Ferguson wrote in his autobiography, that: “If [Rooney] missed a couple of weeks for United it could take him four or five games to get his sharpness back.”

Both comments are fair. Rooney is a superstar created out of his own hard work and love for the game; he just likes playing football. For Rooney, one consequence of that has been neglect of his body. Injuries have only made this issue more serious for the Croxteth native.

Ankle and foot injuries have followed him ever since he broke a metatarsal at Euro 2004. In 2010, Rooney injured his ankle in a Champions League tie against Bayern Munich. Only a week later, he played in the second leg and aggravated it further. In 2014, Rooney was reportedly on painkillers during another Champions League match against Bayern Munich, in hope that he could cope with the pain of a chipped bone in his foot.

Such things naturally have an effect on an athlete’s longevity. For Rooney, the situation worsens when you analyse the amount of football he has played.

Looking at this, are fans kidding themselves by believing Rooney can play to the same age and at a similarly high standard?

The reality of the situation is that we could see Rooney’s career follow a similar path to that of Thierry Henry. The Frenchman had 92 league appearances by the time he was 20-years-old and played at Europe’s top clubs until he was 33-years-old, departing Barcelona to see out the last four years of his career in the MLS.

As football fans, we should appreciate an all-time great whilst he still remains a force (of sorts). The realisation that a footballing great is not the same player that their reputation has been built upon is tough for anyone with an emotional attachment to the player, not least the player himself.

In Rooney’s case, it might well be reasonable to see his career over sooner rather than later. At that point, it will be left to personal anecdotes and YouTube montages to remind us of what a great footballer Wayne Rooney once was, and to appreciate him for being just that.