The construction of Hinkley Point C, the UK’s first power station in decades, has been halted, and will not be finished by 2023, the original date of completion. French energy company, EDF Energy who are responsible for the plant, released the news and said that they will provide, in due course, a revised timetable for the Somerset based project.

This is not the first time the £24.5bn construction has been delayed: in a project beset with finanical difficulties many in the UK’s nuclear industry are becoming impatient.

While EDF have been consulting local people on this project since 2009, they have still not even managed to give the formal go-ahead. This is no oddity, however, because nuclear power plant construction is known to be an incredibly long-winded processes.

To many, it will come as no surprise that this Hinkley project has faced this set-back, but the wider nuclear industry in the UK is facing severe problems. Recently, an OECD report announced that the UK was the most expensive place to build a nuclear power plant, which can be around twice the cost of building one in China.

Critics have told the British government repeatedly that relying on nuclear power to supply Britain with the energy it needs is a bad idea: nuclear power stations are often over-budget and take longer than expected to build. That is certainly true of the Hinkley Point C case: EDF Energy has, for a long time, been trying to obtain investment before fully signing on to the project. The chief executive of EDF Energy, Jean-Bernard Lévy, said:

“We are in final discussions with the British government and our Chinese partners. We hope to make this final investment decision as soon as possible.”

Two companies in China (China General Nuclear Power Corp and China National Nuclear Corp) are alledgedly pushing the government for concessions before they will invest in the project.

The news is yet another set-back for the UK nuclear industry, and comes as many other countries embrace nuclear power. China is building dozens of nuclear power stations, and Japan, which suffered with the Fukushima disaster in 2011, has even re-started one of its nuclear power plants after all were shut down following the tsunami and earthquake.

Many believe that the UK government should not focus on building a few large plants. Instead, they say, the focus should be on building smaller, cheaper plants which can be built in the UK, and rely less on foreign investment: the side effects of which have plagued this Hinkley project.

There is also considerable evidence that the UK should be investing more heavily in renewable sources, rather than trying to force some sort of ‘renewable renaissance‘. The UK already has a strong offshore industry which would benefit from, for example, more wind farms. Britain certainly has no shortage of renewable sources: wind, sun, tidal and geothermal energy can all be harnessed.

Wind power has strong public backing (75% of the public agrees with its use) as well as a strong foundation: the UK is already the sixth largest producer of wind power in the world.

The percentage of the UK’s power which comes from nuclear sources has declined from its 26% peak in 1997 to around 19% at present. The Scottish parliament has also banned any further plants from being built in Scotland. Despite this, the future is bright for the UK nuclear industry: a number of reactors have had their lives extended, and there is potential for further to be built. Like all large projects, these need to be pursued with vigour. If not, smaller scale projects with either a nuclear or renewable basis should be favoured.

What do you think? Is nuclear energy the right way to go? Have your say in the comments below. 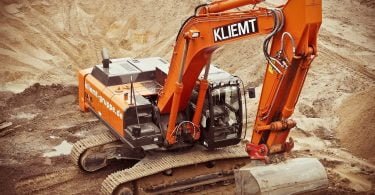