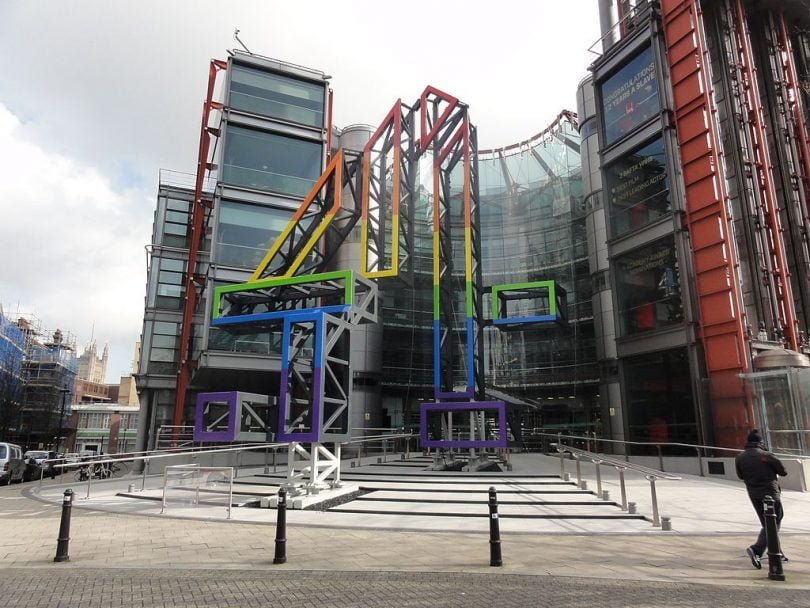 Publicly owned broadcaster Channel 4 has been repeatedly threatened with privatisation in recent months, raising questions about whether it is fulfilling its public service remit and whether the government should continue to retain its controlling stake in the organisation.

After previous Culture Secretary John Whittingdale stepped down, privatisation was initially believed to have been taken off the cards, yet the channels recent controversial £75m acquisition of the rights to the Great British Bake Off from the BBC has reignited this debate.

An update on #GBBO – its off to @Channel4. Network signed 3 yr deal with production company. https://t.co/T6ViOXmgvM HT @bbcnewsbeat

New Culture Secretary Karren Bradley has now asked the broadcaster to again consider the implications of a “radical change” of its ownership structure and location as officials from the Department for Culture, Media and Sport reportedly attempt to plan out the channel’s long term future for the next decade.

As a state owned public service broadcaster (PSB) Channel 4 currently has to fulfil a number of commitments, which are enshrined in law. These include:

Such obligations evidently remain important for viewers – PSB channels still make up 72 per cent of mainstream television viewing despite the recent increases in the number of channels available. In a recent Ofcom report eight out of ten viewers said that they believed PSB was delivering on its principles. Polls in other countries, such as Canada have also indicated widespread continuing support for public broadcasters.

Traditional linear broadcasting is undoubtedly facing increasing pressure from new ways of viewing as the number watching traditional linear TV slowly decreases. Ofcom recently told PSBs that they need to “evolve” and keep pace with new developments to remain effective at connecting with audiences in the digital age.

Technological developments have also led to a rise in competition for PSBs. Online content providers such as Amazon and Netflix which have the budgets and resources to produce their own programmes and have increasingly diversified to produce UK based content, even poaching former TV stars such as Top Gear presenters Jeremy Clarkson, Richard Hammond and James May.

The funding models for both Channel 4 and the BBC have also been criticised. A number of privately owned media outlets including the Daily Telegraph have condemned the BBC’s licence fee as a ‘subsidy’ giving the organisation an unfair competitive advantage over other media outlets.

In the case of Bake Off, Channel 4 was accused by the BBC’s Director of Strategy, James Purnell, of giving proponents of privatisation “ammunition.” The former Labour Culture Secretary also claimed the acquisition showed a "chasm" in the level of regulation between the two broadcasters. The head of Ofcom, Sharon White, warned that the channel would have to demonstrate the acquisition was in line with PSB values.

As a completely commercially funded state owned broadcaster, the Channel 4 financing model is unique within the world of broadcasting. As the channel is currently run on a not for profit basis to fulfil its remit, concerns have been raised about the financial viability of this arrangement – most notably a 2007 report for Ofcom which warned the Channel would be loss making by 2010. More recent indications have, however, suggested that the arrangement has become viable, as large surpluses and cash reserves have helped the channel through financially difficult years.

With its increasing ability to spend, Channel 4 is likely to face increasing questions over how it spends its money and how it can finance such acquisitions when it has recently ditched some specific elements of both educational and children’s programming. As one commentator put it: “Channel 4 cannot have it both ways”.

The sudden reconsideration of the channel’s future could do more harm than good. As recently as July this year a report released by the House of Lords' Communication Committee concluded that private ownership could greatly decrease the available programme-making budget and affect the channel’s ability to maintain its PSB remit.

There have also been suggestions that Channel 4 could avoid any potential change in ownership by moving its headquarters (currently located in London’s Victoria) to Birmingham in a move that would echo Prime Minister Theresa May’s ambition to create a “Midlands Engine” as unveiled at the Conservative Party conference last week.

Channel 4 itself has rejected any suggestion of a location move as disruptive. In recent meetings with the government management have reportedly argued that the channel already spends a large proportion of its programming budget on commissioning programmes from production companies based outside of London and the south, and that any move would detract from programme making and make it more difficult for commissioners to meet producers.

The broadcaster continues to exert its opposition to privatisation, and warns that the current uncertainty over its future is “destabilising”. With the current review, it seem the uncertainty is unlikely to subside any time soon.

What do you think? What does the future hold for Channel 4 as a public broadcaster? Have your say in the comments section below.