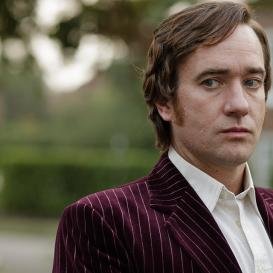 The final episode of Sky’s terrifying drama The Enfield Haunting aired this Sunday. I have to say, I was disappointed by the ending.

So disappointed at the ending of #TheEnfieldHaunting

Last time, we were left with Maurice and Guy being ‘kicked out’ of the investigation by their bosses. Time passed and things certainly didn’t improve, much to the annoyance of the Hodgson family. At one point, the Hodgson daughters resorted to going to Maurice’s house and asking him to come back. After a successful disobsession to free Janet from Joe’s presence, the story took a completely different turn. The episode started focusing on the drama around the Grosse’s family: the tragic death of Maurice and Betty’s daughter, Janet.

We all knew that this had something to do with him helping the Hodgson family, but Joe’s storyline was completely discarded to focus on Maurice’s resolution. Episode 2 raised so many questions that were left unanswered. Who is Joe? Why has he stayed in the Green Street house? Why does his son not want to have anything to do with him? What about his sister? And, I’m sure everyone was wondering about that horse from Episode 1.

But he was forgotten the moment he was ‘evicted’ from Janet’s body. It was pretty emotional when Maurice was able to communicate with his daughter through Janet. The scene was packed with drama and was so intense – the father-daughter moment sweet and loving. Janet finally found the peace she longed for and Maurice, well, he got to say goodbye and let go of his inner demons.

Despite the end veering off course, the series as a whole received a fantastic response. The cast were briliant. Young actress Eleanor Worthington-Cox made it all worthwhile.

The young #actress that plays Janet in #TheEnfieldHaunting is just phenomenal. That was a great mini series.

The young #actress that plays Janet in #TheEnfieldHaunting is just phenomenal. That was a great mini series.

Really enjoyed #TheEnfieldHaunting Timothy Spall excelled in it, as he does in everything

Did you enjoy The Enfield Haunting? Let us know in the comments!