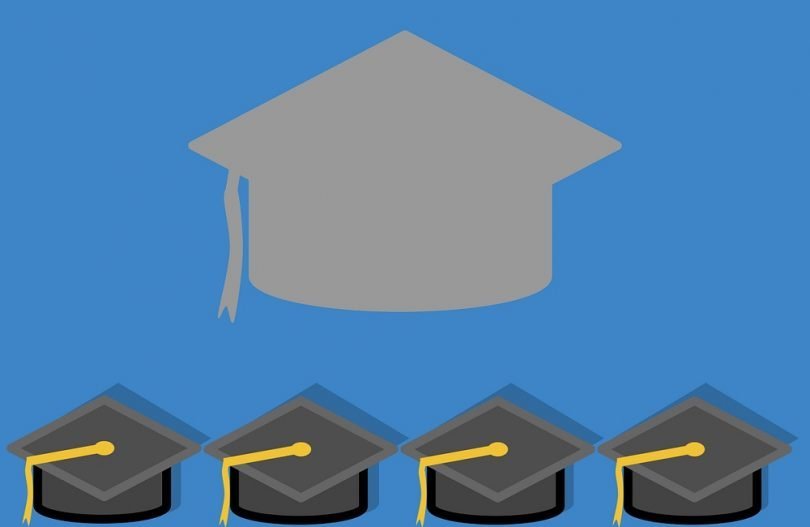 I am now in the ranks of Post Graduate – the scary notion that I now have to leave the comfortable existence of being a student behind and move on into the big, bad world. I never realised it would fly by faster than fish fingers on the conveyor belt at a Young’s factory. There are so many highs, so many lows, so many things I’m glad I did and so many people I feel fortunate to have met.

Post Graduate means exactly what it says on the tin. You’ve done your degree and (if I’ve calculated it all right, coming out of Manchester Metropolitan University with a solid 2:1) you now have to consider the switch between applying to KFC or furthering your study.

Now that uni is over it brings in a load of questions. Firstly, what am I gonna do with my life from this point? I have a degree, yes, and hopefully progressing onto a Master's course doing just this. Writing my opinionated spiel that nobody has ever asked for.

I keep thinking back to a year ago. Arguably my happiest ever time in the 23 and a half years of my existence. Grimsby Town had just won promotion at Wembley, Omar Bogle had become my all-time hero, I pushed myself towards averaging a First in my degree course. Life was good.

Life now is just uncertain. Beautifully uncertain, a world of possibilities both big and small. Many questions being asked with only a few being answered. That’s not to say life is bad right now. It’s been a turbulent start to 2017 for reasons I won’t be going into.

I can’t believe it’s been a whole twelve months since Bogez and Arnold scored at the national stadium in that London to send an army of travelling of haddock heads into sheer ecstasy. Football, for me, is like the drug that you can’t unhook yourself from. It brings you up and shoots you down just as quickly.

That day will always be remembered for the drunken singing and incredible sense of relief that six years of pain and suffering were over. It was all worth it in the end. But it does make you sit back and realise that life moves pretty fast.

Ferris Bueller was dead right when he said: "If you don't stop to look around it, you could miss it."

Three years of being the party animal of my friends has ended abruptly. It kinda just sneaked up on me when I took my eyes away from it. In all honesty, it’s been the most fun and fantastic time ever. A time of dodgy sleeping patterns, microwave meals, liver damage and a series of questionable decision-making that has brought me to this point, right now. Right here. Right now.

I’m intrigued, terrified and excited to enter this Brave New World. I’m sure when Aldous Huxley wrote his novel that he never meant ‘brave’ was trying out a new flavour of super noodles, ‘new’ meant replacing the diminished vodka bottle for yet another piss up or that ‘world’ meant the rainy streets of Crewe, Cheshire. But that’s how it is.

Being a ‘Post Graduate’ now, to all intents and purposes despite not officially graduating yet, is a daunting and distressing thought. I’d like to give advice to the student on the ladder behind me.

Karaoke seems a good idea at 1am but I can imagine Robbie Williams turning in his mansion at the thought of Angels being murdered by the tuneless caterwauling of drunken students.

With degree results and graduation still to come plus a job hunt that is like finding someone from Scunthorpe with all their original teeth still intact equals stress stress stress. But I’m game.

So, as The Clash never sang ‘Lincoln Calling’, my application submitted, conditional offer granted, results to dictate my future. Let’s give it some knuckle, down some guzzle and get back out into the atmosphere. One day, you’ll be so glad to know, I might actually get paid for this sort of thing. It’s been more of a blast than the one that comes from a fireman’s water cannon.

I remember my first-ever article for Kettle and I hope that my writing has improved. I hope it has. I have a degree in Creative Writing, now, after all. I know it’s been a while since my last article on this fine website but I was so heavily traumatised by the Kettle Hacking Scandal that I couldn’t bring myself to see the destruction of my first-ever outlet for publishing.

Joking aside, to any students moving into their final year, prepare yourselves, you will be busy. Somehow. I’m not even sure what has eaten up a lot of my time (Football Manager, nightclubs and Spotify have a lot to answer for) but just know its been three of the greatest years of my 23-year existence.

Greetings from Grimsby. The end stop to this article I guess is this: never let your social class, background, race, beliefs or fear of student debt put you off going to university. If you have the talent and the drive, you can do it.

Just look at me, a formerly unemployed, jobcentre queue fodder who struggled to even get regular work in a fish processing factory, when most of the country’s fish processing derives from my hometown, and I didn’t let the man grind me down.

Like John Power and Cast sang, “Live your dream”.