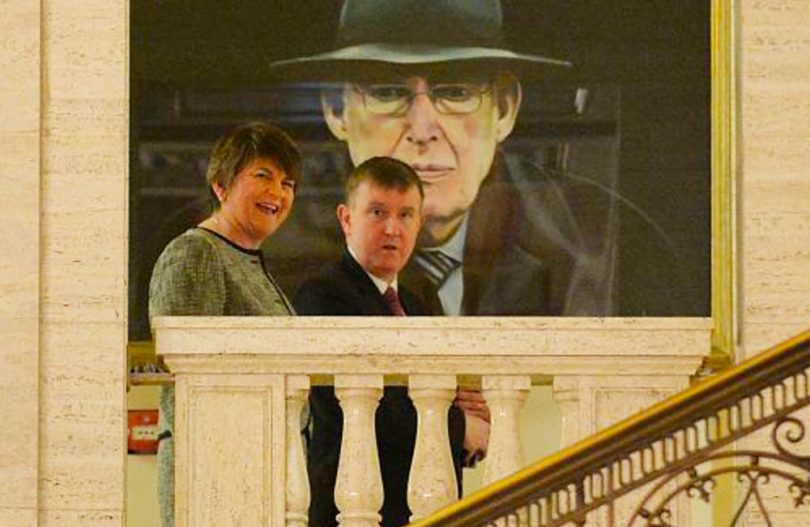 The DUP are a Protestant party in Northern Ireland. Founded in 1971, by fundamentalist leader Ian Paisley, they were staunchly opposed to any agreement, including the Good Friday Agreement, that brought unison between them and the republican opposition.

They created Militia and were endorsed by terror organisations during the Troubles. Since then they have become Northern Irelands largest unionist party and urged people to vote Leave in the Brexit referendum.

Abortion in Northern Ireland remains illegal unless a woman’s life is in danger or there is a permanent risk to her mental or physical health. Unfortunately, as it stands, rape and incest are not grounds for a termination. The DUP support this law and have a strong anti-abortion stance.

A bunch of vile bigots now have a weak government over a barrel, and the peace process is undermined. Well done @theresa_may https://t.co/DP0Fiaasve

The DUP has had a history with LGBT issues. In instances, members have described people within the community as “disgusting” and an “abomination”. They also oppose gay marriage.

Leader Arlene Foster has said that the party has many gay voters in a sort of shallow response that runs the same lines as ‘I can’t be racist, I have a friend who’s black’.

In 2015 Health minister, Jim Wells, made anti-gay remarks stating that children should not be brought up in a homosexual relationship and those that do, face an increased chance of being “abused” and “neglected.”

The party’s manifesto was seemingly a little light when it came to the topic of climate change and the environment. It was so light that it actually did not mention either subjects at all.

In the past, they appointed a climate change denier as the Northern Ireland environmental minister and recognise a number of creationists among their senior members. This leaves them with an awkward footing on the subject in the political community. Not one that seems to bother the PM.

Arlene Foster has spoken at considerable length about avoiding a hard Brexit which could lead to a hard border with the Republic of Ireland. She said that:

“no one wants to see a hard Brexit, what we want to see is a workable plan to leave the European Union.”

This does leave Theresa May bent over a barrel when it comes to her “no deal is better than a bad deal” approach but with the Tories already bowing to major financial commitments, it’s unlikely that the DUP will have a major input on this matter.

The DUP are a right-wing party that have been supported by terror organisations, opposed more than two different peace resolutions in their own country, oppose LBGT rights and don’t seem to believe or at the very least care about, climate change.

They are a party for the history books, not one for a coalition. The lack of integrity an understanding in this situation is one that will shape Theresa May’s premiership.