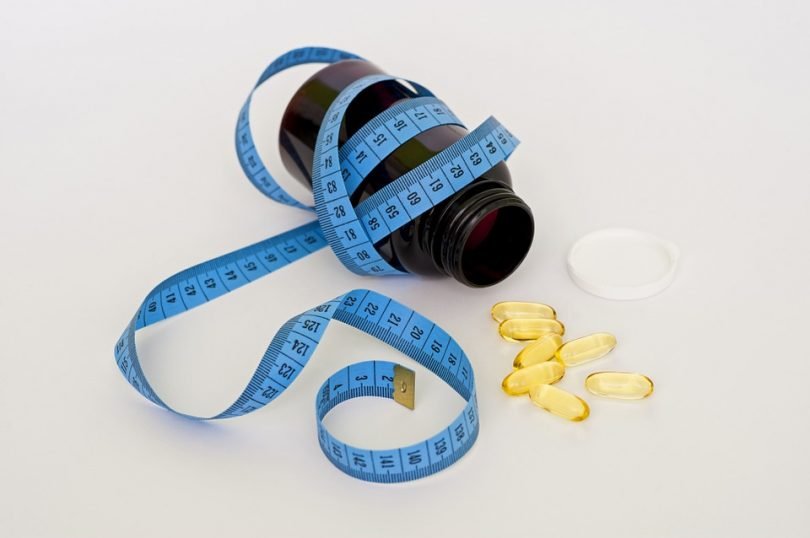 Do you hear that glass ceiling shattering? Loud and proud that is Jameela Jamil, a warrior waging a hard fight against the generation of plastics, conformists and social media influencers.

It is a crying shame we live in a world where people don’t feel comfortable enough to just be who they are, without body modifications or diet pills. Our lives seem to be dominated by faux celebrities, whose claim-to-fame is reality television and sex tapes. They brainwash us into believing they use all these products, when in reality they have a large team of people looking after them, day-to-day: trainers, dieticians, make-up artists and millions of pounds in the bank.

Oh and then there is the millennial phenomenon of a filter. Thank you Instagram, as if we didn’t feel bad enough. It is unfair to say it only affects women because, let’s face it, if we enjoy pinning topless hunks to our walls then men also have the ability to feel they can’t reach a certain standard. For years we have seen all genders mutilate themselves for the perfect image, doing whatever they need to replicate their heroes splashed across the trash rags.

SAY IT LOUDER FOR THE PEOPLE IN THE BACK. This is so fucking true. This also is starting to really be true about men/non binary. Especially within the male gay/trans community where body shaming is also a problem I have been told. Saw this via @acneagonyaunt

Well it’s time for a new dawn, a new wave of people with realistic goals. We need to live within our own norms, how we feel comfortable and not get drawn in the to cult-like nature of the influencers. Leading the charge is Jameela Jamil or as I call her now, The Divine.

Twitter has a new a Queen, the woman we need, she is here for the real people and to be honest, it really is refreshing. The past few months it has been hard to miss the heroism Jameela has offered to us common folk, telling the likes of the Kardashians where to shove their diet pills and reminding them of how dangerous it is to promote such items to their adoring fans.

She doesn’t care who she wages war with, if you are someone worthy of the tirade then you will get it with both barrels. I trust her judgment. They deserved it.

#ad You guys all know I looove @flattummyco shakes. I've just restarted them (it's Day 2 today) and I’m already feeling so good. We had a huuuuge Christmas this year and between that, New Years and everything inbetween… I felt like it was impossible to fit in my regular work outs and eat healthy. But this program is giving me a kick in the right direction that I need. These meal replacement shakes are so good and they're helping me get my tummy back to flat. I’m already feeling amazing and I’m so excited for the next few weeks. Because they’re all about getting women back on track… they’ve got a 20% off sale going on right now, so if you want to start 2019 off right… trust me, you’re going to want to check them out. PS. I’m doing the chocolate program?

I have never been one to be drawn in to the world of the Kardashians or many of the other people who are famous for literally nothing, but they seem to have made an impression in the last decade. The youngest of the clan is Kylie Jenner. I am not overly sure what her job is – all I know is she has millions of followers and a baby with a rapper. Last year she tweeted Snapchat was over and their shares dropped by millions over night. How on Earth does something like this happen? She isn’t an Oscar-winning actress, Grammy-nominated singer or an author of a book worth reading, so why? I don’t really think I will ever understand why people adore any of them that much. From my observations all they seem to do is date a lot, have children and try and sell random tat on Instagram. Which is why this makes this situation even more dangerous. People, mainly young girls, are blindly following their lead.

Apparently, it doesn’t matter these products can lead to body dysmorphia and other life threatening side affects. It doesn’t matter that there are people out there fighting for the right to marry their loved one but this family seem to get married and divorced with ease. It doesn’t matter than one of them is married to…Kanye West. People just follow. A tweet which will simply say the letter ‘A’ can be shared millions of times over by them but a worthy cause will struggle to even obtain hundreds. It baffles the mind.

This is the point Jameela is trying to make. Their influence is dangerous. Companies know exactly what they are doing when this dish out freebies to the Instagram elite, they are making a lot of money. No matter how much it affects our bodies, our mental health or our general well being, all that seems to matter is the pound sign. It is about time this system is brought down. We all know it’s fake anyway. People can fake locations online. All they need to do is use a filter or change a background then bam they’re in Spain when really they’re really sat at home in Birmingham. It is fantasy land, and it isn’t a safe place for any of us to be. We need more people like Jameela to stick up for us common folk and guide us in to a different direction.

This makes me sad. I hope my daughter grows up wanting more than this. I want more than this. Sending love to this poor woman. This industry did this to her. The media did it to her. They fat shamed her into a prison of self critique. Dear girls, WANT MORE THAN THIS. ❤️ pic.twitter.com/RFkb0GzxZY

If I am being totally honest I didn’t know much about Jameela until I binge watched The Good Place last year. Like many others you just assume the character is that good because the actor behind them is really them. Her character was a high maintenance Queen which we actually grow to love. Since then I have followed Jameela’s Twitter feed and discovered the person behind the character. The person I wish was I knew of in my late teens.

As someone who has struggled in the past to live up to these celebrity standards, I also felt I wasn’t good enough. That I needed to lose weight or wear a lot of make up. I grew out of it but only because I fell in love with someone who taught me none of that mattered…plus they saw me after a pretty rough night out and still loved me anyway. My point is that I know it isn’t easy to love yourself in a world that teaches you we need to strive for a certain perfection, but actually if you learn to let some of that stuff go you start to feel a weight lift from your shoulders.

Being free from that suppression is liberating and this is exactly what Jameela is teaching us. I know you may think it is easy for her to preach about being free and loving yourself when she is a successful, beautiful actress, but she has her demons like us all. Just because they aren’t visible on the surface doesn’t mean they don’t run deep. I should say we need to be kinder to each other but maybe I should end this with…be kind to yourself.

It is never too late to check yourself and right your wrongs. I used to be slut shamey, judgmental, and my feminism wasn’t intersectional enough. Nobody is born perfectly “woke”. Listen, read, learn, grow, change and make room for everyone. We aren’t free til ALL of us are free.