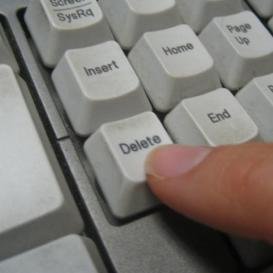 It has recently been discovered that a website named Anon IB, which stands for Anonymous Image Board, has been used by people to share naked or indecent images of women in the Hull and East Riding area of Yorkshire in Britain.

During the time at which this website started to garner interest, my Facebook exploded with status’ that named the girls who had taken the photos but made no attempt to condemn those who had shared them on a website that can be accessed by anyone.

I saw posts from guys slut shaming girls that they would have otherwise treated with decency, but because these girls were now on this website, it was as if they were no longer human – and so were no longer worthy of this respect.

But, worse than that, I saw girls turn on one another and use these photos as ammunition. They were branding each other ‘slags’ and ‘whores’ when really what they should have been doing is rallying together and using one another for support at a time when they all needed it.

This kind of thinking process is not only representative of the huge double standard surrounding things like nude photos, but is also incredibly damaging. Allowing people to grow up in a community where, if somebody breaches their trust in such a spiteful way, they are the one that pays the price, does nothing but perpetuate the idea that it is okay to turn a person’s sexuality against them – and if it happens then, sorry, but it’s their fault and they should be ashamed of themselves.