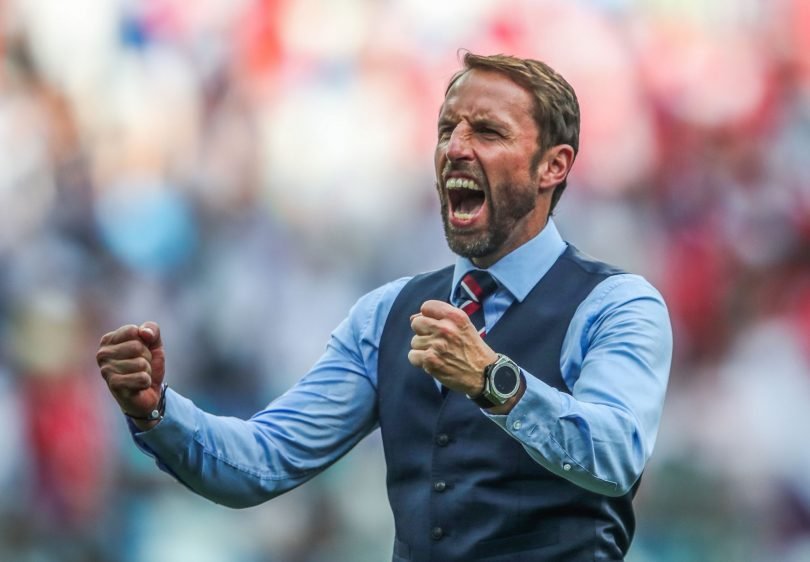 Now, as I write this I am trying my hardest to keep a level head because at the end of the day we are England, and we have not been good in a World Cup tournament In a very long time. However, I will let the fanatic in me take over as I show you how this could potentially be the “easiest” route to a final any nation has had.

I would just like to make a quick point that I mean no disrespect to these so called smaller teams, it is just fact that playing the likes of Colombia, Sweden, Switzerland, Russia or Croatia is a favoured route as opposed to playing teams like France, Brazil and Uruguay.

Right, with Germany going out in the group stages, and giants such as Argentina, Portugal and Spain being knockout out in the round of 16, this really is a once in a life time opportunity for England to make history.

It’s 20 years since we last faced Colombia at a #WorldCup, with the #ThreeLions winning 2-0 thanks to goals from Darren Anderton and David Beckham.pic.twitter.com/yVncHQHHJt

The first hurdle is beating the Colombians. Many of the favourites have bowed out in this round and England do not want to join them. Colombia have not been convincing so far. A poor performance in the opening game against Japan, granted they went down to 10 men after the third minute, and they lost 2-1. That was followed by a strong 3-0 victory over Poland. Then on matchday 3 they squeezed past Senegal to top the group. They are beatable though. Very beatable.

If England play with the freedom they did in the first two group games, I believe they will have a field day against Colombia. I cannot tell you how refreshing it was to watch us play with no fear against Panama, and actually being relentless once we scored two and three. You could see how much the players were enjoying it out there too, how they thrived in the system of three at the back with the full backs bombing on, leaving the front three to do their thing. And even though it was only Panama, that performance gives us real hope in the knockout stages.

The three lions need to focus on nullifying the Colombian attack. The likes of Ramadel Falcao, James Rodriguez and Juan Cuadrado can rip up any defence on their day and John Stones and co. can not afford to underestimate them.

If, IF we beat Colombia (level headed Junior coming out) Sweden or Switzerland will be waiting. Both have been impressive, especially Sweden. A wonderful group stage featured victories against Mexico and South Korea, whilst they cruelly lost to Germany after they conceded an injury time winner. The Swedes do look good though. They look organised, with a good team ethic, and will prove hard to break down.

Having said that the Swiss also look very organised, and a tough opposition as Brazil found that out in the opening game, where the match ended in a draw. They then came from behind to win against Serbia in matchday two which proved a huge win. A draw against Costa Rica meant Switzerland finished an impressive group stage undefeated.

Both these teams have strong cores, they don’t necessarily have the world class names but they work hard for each other and one of them will have earned a quarter-final place. England will be rubbing their hands together though, they will really fancy their chances against either of these two for a place in the semis-finals.

At this point I would be more than happy. A World Cup semi-final would be an overachievement for our standards. But we cannot stop there. The hosts, Russia. The consistent team of this tournament, Croatia. Both teams have their strengths but again I feel like England could beat either of these teams.

England could reach the World Cup Final having not played one of the big boys. An opportunity like this will never come around again. We have to grab it with both hands. Obviously it is easy to sit here and say it’s only three wins against not very difficult opposition, but if this World Cup has taught us anything, it’s to expect anything and everything. They cannot shy away; Gareth Southgate’s men must play with the freedom and intensity that has got us excited about watching England play again, if they do so, the three lions will beat any team that comes up against them.

So there it is; the easiest route to a World Cup Final England could ever have. So remember, let’s keep our feet on the ground, make sure we have level heads and take it game by game. On the other hand, ITS COMING HOME!!