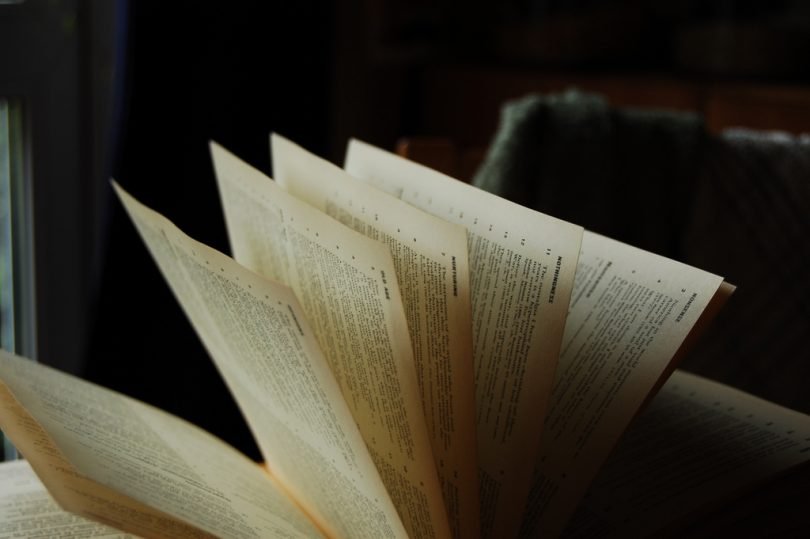 For many people, books are more than just a form of entertainment. They can make us happy, keep us in suspense, or move us to tears. But some books are even more important – some books have the power to change the lives of the people reading them. Lucy Skoulding picks out a few of the books that have changed her life to share with you.

The Perks of Being a Wallflower by Steven Chbosky

Chbosky’s novel is not like other coming-of-age books I have read. It deals with typical themes of school, first romance, family, and choosing one’s future, but also grapples with much more complex ideas. Charlie is 15 and is struggling with the traumas of his past and the fact that he is different from his classmates. He thinks differently, he has different interests, and he has had to deal with a lot more than the average teenager. The novel was banned in some American schools for addressing issues surrounding mental health, abuse, sexuality, and drugs. But it is these themes which make Charlie such an inspiration. The true extent of what Charlie has dealt with is revealed towards the end, yet he continues to find enjoyment in being young and with his friends, “in that moment I swear we were infinite”. Chbosky’s book is about life going on despite pain and understanding that, “things change. And friends leave. Life doesn’t stop for anybody."

The Rosie Project by Graeme Simsion

The Rosie Project explores how a middle-aged autistic man may approach romantic relationships. It is endearing, comedic, and warm, yet also impacted me in the way it made me think about what I take for granted in life. While it might be easy for me to form relationships with other people, this is not the case for everybody. Don Tillman is very systematic with acute attention to detail, so his method of finding a wife is to create a questionnaire to filter out unsuitable mates. Rosie can quickly be ruled out according to this questionnaire, yet she continues to have an effect on Don. The book was enjoyable and comforting – but also continues to make me think about how grateful I should be for everything I have.

24/7: Late Capitalism and the Ends of Sleep by Jonathon Crary

Crary’s essay-style book was part of my degree course, but I temporarily forgot that it was an academic text while I was reading it. Crary’s tendency to be brutally honest combined with his use of allegory made me think seriously about my activities as a consumer, and how much I use the internet. The professor of modern art and theory discusses how neoliberalism has made humans willingly become sleepless. In other words, digital technology has meant that every part of life can be conducted in either day or night, from shopping and work to studying, dating and, exercising. Economies are now reliant on people working 24/7, and military scientists are even researching how a white-crowned sparrow stays awake for seven days during migration so that they can potentially apply this to soldiers. The book is a sharp awakening into the impact that current capitalism could have on humanity, but on a personal level, it has made me actively try to maintain a distinction between my day and night by disconnecting from all technology while I sleep.

The God Delusion by Richard Dawkins

I do not agree with everything that Dawkins says, yet his book, which argues that a supernatural creator certainly does not exist, was thought-provoking and made me think about what I believe in. Religion was not part of my life while I was growing up. I was never actively encouraged or discouraged from it, I just never really confronted it at all. When I read this book during my A-Levels, I enjoyed listening to people debate about the topics Dawkins discusses and forming my own opinion based on this. Dawkins’ ideas and language are quite harsh, but rather than being offended by what he says, I think it is important to learn from and think about his arguments and work out what you think for yourself.

Once in a Lifetime by Cathy Kelly

I am often inspired by the way someone writes about a universal feeling. One way which books have a huge impact on my life is by proving that the emotions I feel are experienced by everybody, but conveying this in clear and coherent words. Kelly’s novel is the heart-wrenching story of three women who have their own difficulties to deal with, who are all linked by Star Bluestone, a woman with the ability to help them all. Each chapter begins with a quotation, which in the end is revealed as one letter from a mother to her daughter, teaching her some important lessons in life. I actually wrote these lessons out for myself after finishing the book, and try to look at them every now and then. My favourite is: “Fight for who you are. It takes a long time to find who you are, but when you do, take care of that person. She’s one of the most precious friends you’ll ever have”.

Very simply, Rowling’s classic series changed my life by inspiring me to start reading. I had been good at reading from my teachers’ point of view ever since I started, but I did not begin to love it until I read The Philosopher’s Stone at about ten years old. I sat for a whole day reading the novel, which was strange for a usually energetic child! Since then, the fictional series has changed my life in many other ways. It has enabled me to develop my own writing regarding my ideas, characterisation, and language, and I have enjoyed discussing the stories with friends. Despite being fantastical, the novels deal with universal themes, including prejudice, relationships, war, and human imperfections. Rowling herself has been inspirational too. The author’s determination to succeed with her series was unbelievable, and her decision to remain out of the celebrity spotlight, and focus on doing good with her money is admirable in my opinion.

So these are the books that changed my life. What are yours? Let us know in the comments!