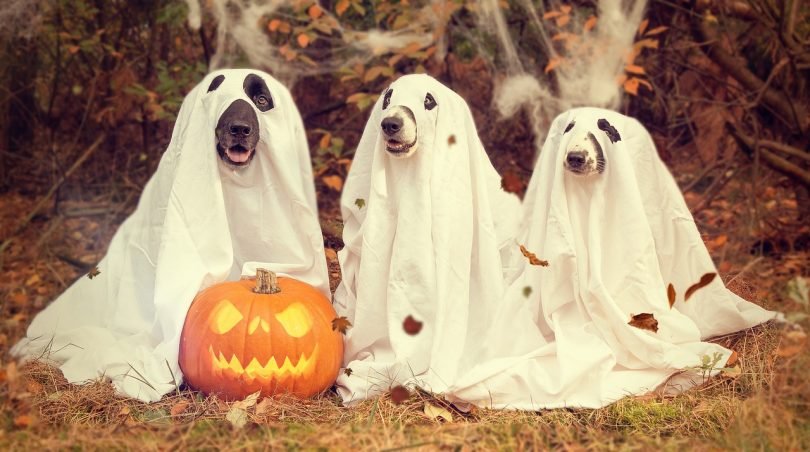 Halloween can be some people’s favourite holiday. It’s close to Christmas, brings the cold nights and also brings a load of treats to many children.

People dress up in scary costumes, decorate their homes in cobwebs, spiders, pumpkins and "trick or treat" is always a kids favourite thing to do on Halloween – mainly becaue of the sweets!!

Yet how did all these traditions start and why is Halloween the scariest day of the year?

Many people believe Halloween started more than 2000 years ago from the ancient Celtic festival of Samhain, which means ‘Summer’s End’. This celebrated the end of the harvest season, it was the period when people would light bonfires and wear costumes to word off traveling ghosts.

The idea of carving scary faces first began in Ireland, people would carve faces into potatoes and turnips to represent a man who would wonder through the countryside with a lantern. Yet the tradition of pumpkins on Halloween started in North America, pumpkins were prevalent everywhere, they were of course easier to carve compared to a turnip and left overs made great pumpkin pie.

And of course the best part of Halloween… the sweets! Children go knocking on door to door saying the words trick or treat in order for their bags to be filled full of sweets and chocolate by the end of the night. Trick or treat has changed over the past few years. Originally, during Samhain, people would leave food out for ghosts that may have been roaming around that night. In the 19th century children had to perform songs and dance for other people in exchange for sweets and money. Nowadays, it’s quite a lot simpler to get sweets and money on Halloween.

Traditions change, yet similar happenings still take place. Halloween is still about the dressing up, the scary faces, the pumpkins, and of course trick or treat. Some people celebrate with friends in schools, parties and for the grownups…. the nights out. Some with family with dunking apples, food and of course the tricks played on one another. Halloween is a good way for scary fun, it’s the beginning of the celebrations of bonfire night and Christmas and also the start of cold dark nights of winter.