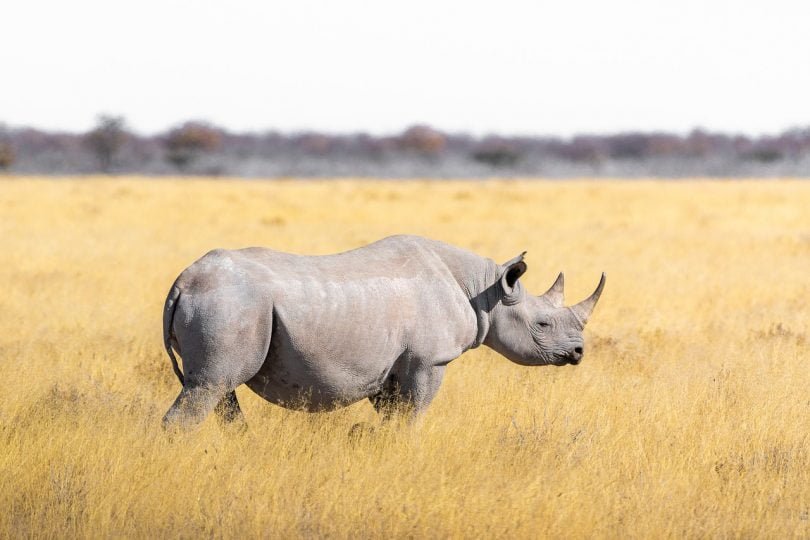 Edzai Malunga was a single mother of four living on a meagre income by selling household wares near a shopping centre. Vimbai Kumire’s husband abandoned her during her pregnancy with her second child. Kelly Lyee Chigumbura was just 18 years old when she discovered she was pregnant with her rapist’s child. Due to her lack of income and prospects, Chigumbura’s daughter was forcibly taken from her to be raised by the rapist’s mother and was denied all visitation. So what do these three women all have in common?

Malunga, Kumire, and Chigumbura have become members of one of Africa’s first all-female anti-poaching units, an initiative named ‘Akashinga’ – meaning ‘the Brave Ones’ in Shona. They have dedicated themselves to the protection of their land and wildlife and in doing so have transformed their own lives.

Founded by Damien Mander, a former sniper in the Australian military, Akashinga is a community-led conservation model based upon empowering marginalized women to work as rangers in Phundundu Wildlife Park in Zimbabwe, as part of his wider International Anti-Poaching Foundation. Over the course of six weeks, the women undergo intensive and exhausting physical and theoretical training encompassing a wide variety of skills from law enforcement to conservation ethics. Mander, who was part of a management team that trained and deployed over 6000 Iraqi National and Special Police, was astonished by the sheer grit of the anti-poaching recruits. In fact, the most difficult obstacle these women had to endure was the ridicule and abuse hurled at them as they made their way to the training grounds every day. On one occasion, drunken men yelled at them, “This job is not for you. It has never been. Go back home where you belong!”

The unit’s selection is exclusive to women from difficult backgrounds: unemployed single mothers, sex workers, wives abandoned by their husbands, victims of sexual and physical abuse, wives of imprisoned poachers, widows, and orphans. These recruits have had to face adversity every day of their life. They are tough, resilient, and delivering impressive results.

Since October 2017, the Akashinga rangers have made 80 arrests without a single shot being fired. On June 20th, 2018, raids executed by the Akashinga unit in collaboration with Zimbabwe’s Minerals and Border Control Unit led to the sentencing of three members of a high profile ivory syndicate. Furthermore, this initiative has led to the protection of 347,333 hectares of land home to 11,000 elephants. According to Annette Hübschle, a senior researcher at the University of Cape Town, the most crucial success behind Akashinga lies in its impact on the local community.

Hübschle’s 2018 policy report found that members of rural communities often felt their needs were eclipsed by the interests of foreign tourists. Whilst the locals must endure the day-to-day reality of living in or near protected areas, they are simultaneously excluded from park management decisions that directly impact them. Meanwhile, those making the decision live in distant locations, far removed from the consequences of any managerial choices. The Akashinga initiative puts the power back in the hands of the locals. At least 72% of operational costs of this model is returned to the community. 500 families and 250 schoolchildren directly benefit from the programme. Hübschle suggests the key to ending poaching is not down the barrel of a gun, but within the local people – in particular, the women.

Employing women from rural areas shows a higher investment of their salary into their families and community than when employing men. Petronella Chigumbura’s first salary paid for her children’s school fees and uniforms; Edzai Malunga has bought a housing stand and will soon begin building her home; and in September 2018 Kelly Lyee Chigumbura – two years after having her baby taken away – was awarded custody of her daughter.

In an industry reliant upon protection and nurturing, what better resource is there than women?